Accessibility links
Celebrating Intellectual Engagement On College Campuses : 13.7: Cosmos And Culture Sending your child off to college? It's important to appreciate what happens after move-in day — especially now, as there is a growing hostility to higher ed, says anthropologist Barbara J. King. 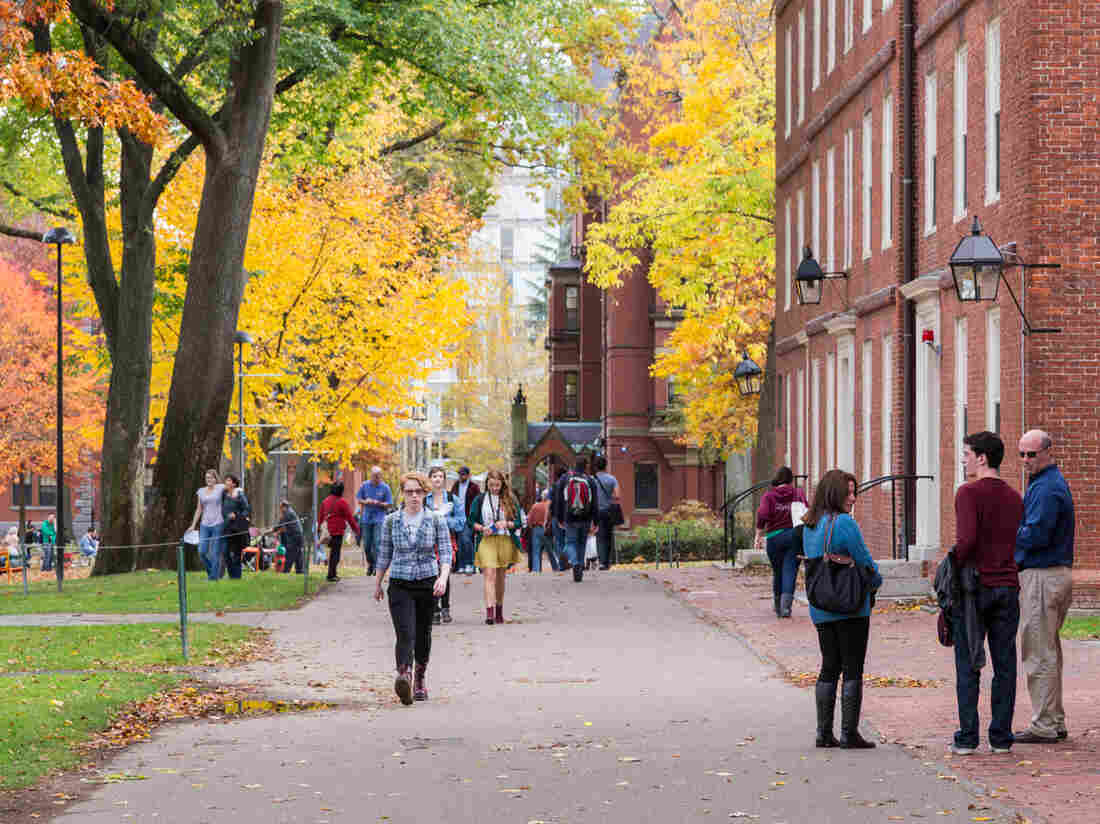 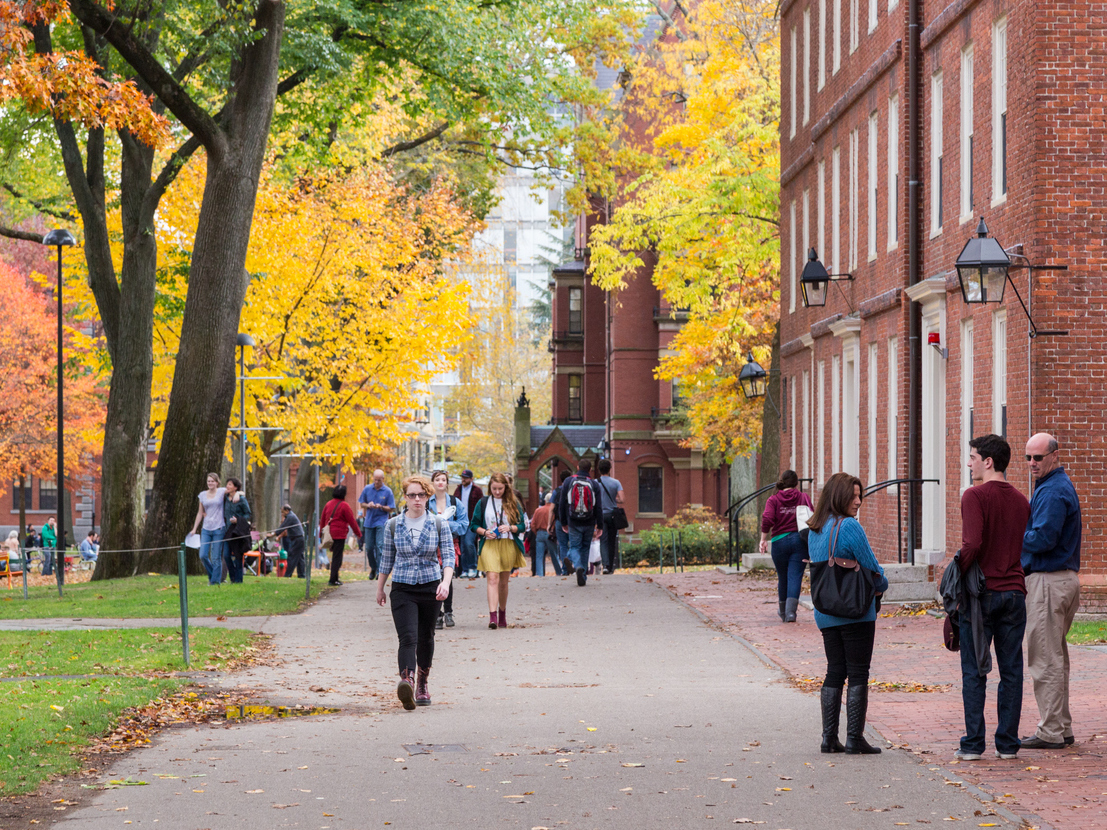 According to the National Center for Education Statistics, 20.5 million students attended U.S. colleges and universities last year. The numbers shouldn't be much different this year.

Right now, as August rolls over into September, millions of families are sending their kids off to college. It's an emotional and exciting time.

It's a time, too, to understand and appreciate what happens after move-in day concludes and the hard work of the academic year begins. That is especially important now because in recent months, evidence has emerged of a growing hostility to higher education in this country.

According to a report at Inside Higher Ed last month, based on figures released by the Pew Research Center, 58 percent of Republicans have a negative impression of the impact colleges have on society. That is way up from 37 percent two years ago, and up even from the 45 percent last year. (This issue is definitively partisan: In the new report, 19 percent of Democrats view colleges negatively.)

That 58 percent figure is stunning to me, a first-generation college student and a person recently retired after 28 years of teaching anthropology at the College of William and Mary.

Sure, there is a lot of room for improvement in higher ed, whether you think about it from the point of view of faculty — as colleges increasingly adopt more corporate methods — or from the point of students who may lack fair access to the resources that help ensure graduation from college.

But to be hostile to the very bedrock enterprise of what our colleges today — community colleges as well as four-year institutions — are all about, and the relationship of that enterprise to our large society?

There is no data provided in the Pew research survey to answer that question. Maybe there is a clue in what New York Times columnist David Brooks had to say in June about how, in his view, we prepare our kids for the uncertainties of their 20s:

"We pump them full of vapid but haunting praise about how talented they are and how their future is limitless. Then we send them (the most privileged of them) to colleges where the professors teach about what interests the professors."

Another good clue comes from the widespread lamenting of liberal bias on college campuses, as in this opinion piece for The Washington Times by J.T. Young. In March, Young wrote that:

"The right is denied any right to America's campuses. ... Still upset at Donald Trump's upset, the left continues retaliating the only way it knows, and against the only targets their real-world isolation offers.

Yet focusing only on today's temporary temper tantrums is to miss the permanent perturbation on campus against all things right. As far back as most remember, the right has been wrong, until only the left is left at college."

Young's strong words may be seen as linked to a Republican call for legislation to discipline students who protest the invitation of certain speakers to campuses.

It's these questions — What are the limits of free speech? When, if ever, is speech so offensive and harmful that the insistence of students who protest a person's right to speak is reasonable and supportable? — that make up one of the greatest issues facing college campuses right now. A lengthy special section of The Chronicle of Higher Education takes it up and includes essays focused on flashpoint events last academic year at the University of California, Berkeley and Middlebury College in Vermont at which speakers like Milos Yiannopoulos, Ann Coulter and Charles Murray were met with significant protest and unrest that, at times, turned into physical confrontation.

I decry any physical confrontation, period, for any speaker. But I do celebrate the intellectual turbulence because it is a clear signal to necessary intellectual engagement.

When does "free speech" spill over into harmful speech based on discredited ideas that shouldn't be readily welcomed onto a college campus? As Ulrich Baer wrote for The New York Times last spring, there is a real, substantive question here:

"It has been regrettably easy for commentators to create a simple dichotomy between a younger generation's oversensitivity and free speech as an absolute good that leads to the truth. We would do better to focus on a more sophisticated understanding ... of the necessary conditions for speech to be a common, public good. This requires the realization that in politics, the parameters of public speech must be continually redrawn to accommodate those who previously had no standing ...

"The idea of freedom of speech does not mean a blanket permission to say anything anybody thinks. It means balancing the inherent value of a given view with the obligation to ensure that other members of a given community can participate in discourse as fully recognized members of that community. Free-speech protections — not only but especially in universities, which aim to educate students in how to belong to various communities — should not mean that someone's humanity, or their right to participate in political speech as political agents, can be freely attacked, demeaned or questioned."

Is this view arguable? Of course!

In this light, here is what I hope for the families of the college students flocking back to campuses just now:

That you won't buy into a stereotype of our students as entitled, fragile snowflakes who seek "safe spaces" only to protect their fragile selves. The vast majority of them are far smarter and more nuanced than that.

That you also won't buy into the image of professors amusing themselves with a light workout in the classroom and sneering at ideas different from their own. The vast majority of them are more dedicated and more open-hearted than that.

That you won't feel it's necessary to apologize for civil liberal engagement, so often undertaken in the name of social justice.

I'm full of admiration for those in the University of Virginia community — many of them students — who, in the wake of the terrible white supremacists' violence in Charlottesville, last week quietly organized and held a candlelight vigil on their campus. In the thousands.

I'm delighted that the organizers of a Black Lives Matter candlelight vigil and conference at William and Mary earlier this year has opened up — way up — space for dialogue (some of it contested and difficult) and change.

And by the way, David Brooks, I cop to your charge of having taught what I'm interested in. I was and am still passionate about anthropology, about the trajectory of human evolution, the construction of race and the nature of racism, our expanding understandings of the spectra of sex and of gender, and the cognition and emotion of nonhuman animals. I taught these topics not for my convenience, though, but because I believe these issues matter deeply to the next generation's civic participation in our world.

All around me, colleagues were doing the same kind of teaching from the position of their own fields of knowledge, and students were rising to the challenges.

Of this, as a new school year begins, we as a society can be proud.