Accessibility links
Paul Offit's 'Pandora's Lab' Teaches Us Lessons For Science's Future : 13.7: Cosmos And Culture Pandora's Lab stresses that for science to work, it needs to base claims on data, studies need to be replicable, and scientists must be more attached to science than to their own ideas, says Alva Noë.

Science 'Gone Wrong' Can Teach Us

Science 'Gone Wrong' Can Teach Us 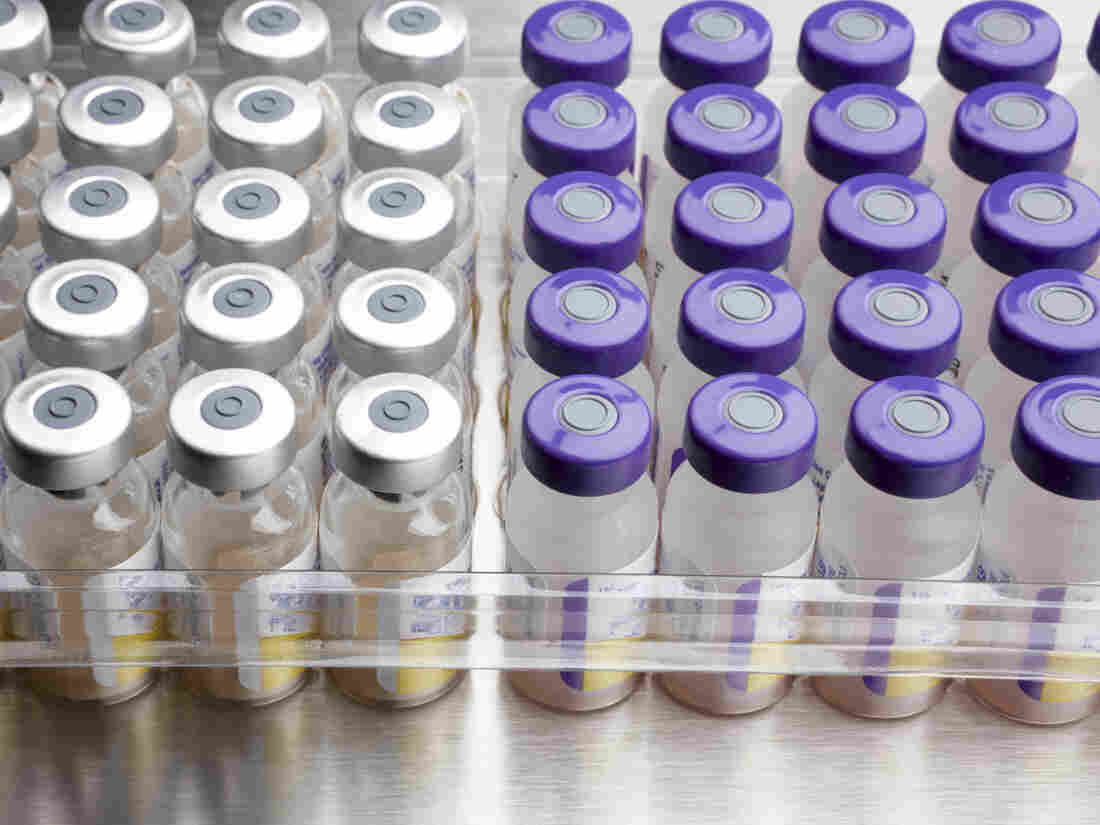 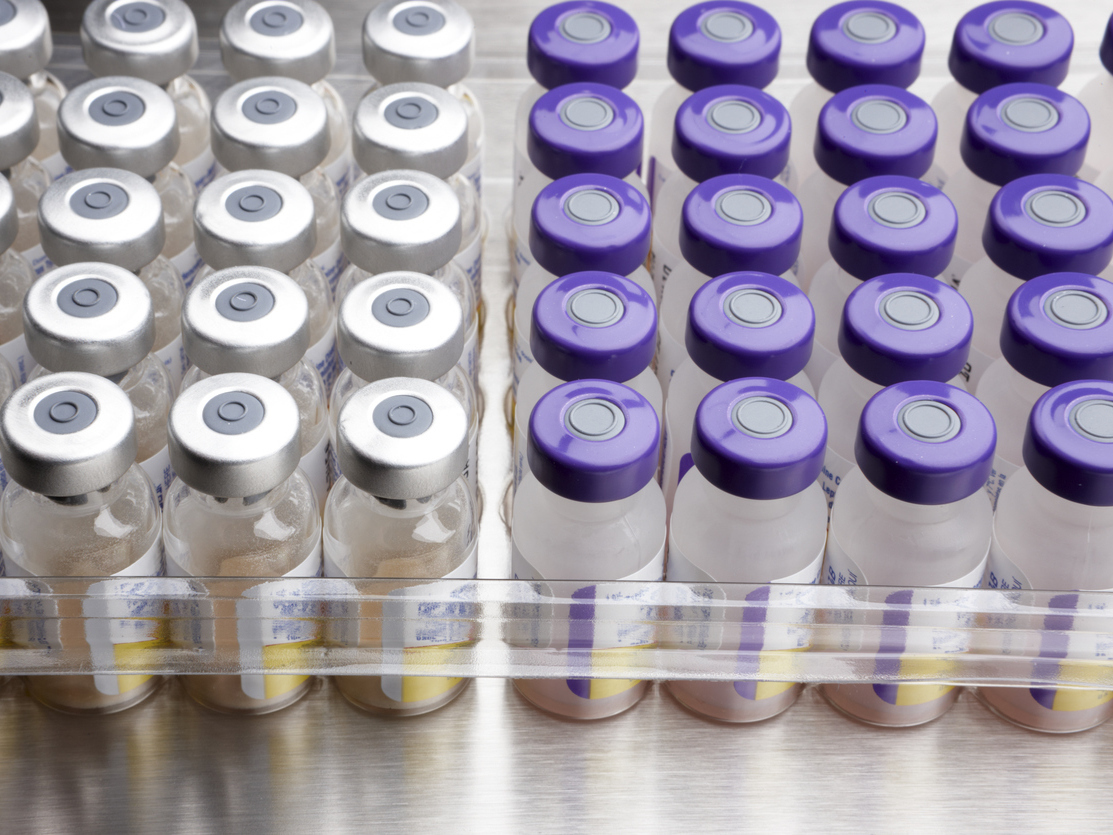 Sometimes scientists get it so right.

But not always. Sometimes science goes wrong, and with terrible consequences.

This is the topic of Paul A. Offit's very important book Pandora's Lab: Seven Stories of Science Gone Wrong, just published in April.

Consider this tale detailed in the book:

One of America's greatest conservationists, Madison Grant, was also one of our most virulent scientific, that is to say, pseudo scientific race theorists. In addition to saving the American bison and the bald eagle, protecting the Redwood tree, and founding the Bronx Zoo as well as the Wildlife Conservation Society, Grant wrote a "scientific treatise," The Passing of the Great Race, in which he advanced an account of the superiority of the nordic "race" and warned against the social and biological dangers of cross-breeding with other human races. Hitler would come to describe this book, which became a national and international bestseller, as his bible.

Madison Grant was no crank, however, and Hitler was not an outlier in admiring his text. Margaret Sanger was an ardent admirer — the link between birth control and the control of unwanted pregnancies (or the pregnancies of the unwanted) is clear enough — as was President Roosevelt, who described the book as "capital."

Crucially,"eugenics" was establishment science in the mid-20th century. Courses on eugenics were offered at our universities and colleges and most high school textbooks included racist misinformation. Eugenics was widely believed to provide a sound basis for law and social policy. For example, mid-century the United States led the world in eugenics-based bans on marriage of one sort or another — e.g. prohibitions on marriages of epileptics or the "feebleminded," not to mention interracial marriages — and in 1926 the U.S. Supreme Court upheld the forced sterilization of a young woman on the grounds of her supposed low-intelligence and poor character. "Three generations of imbeciles are enough," wrote Oliver Wendell Homes famously in his opinion for the 8-1 majority in Buck v. Bell. 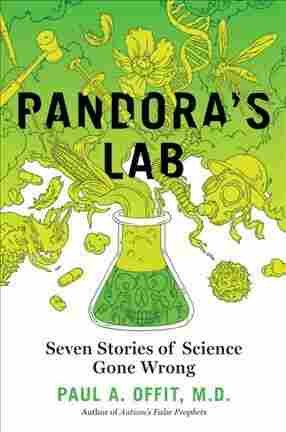 The more than 63,000 forced sterilizations performed in the U.S. pales beside the 400,000 performed in Germany within a few years of Hitler's rise to power. But, as Joseph DeJarnette, the superintendent of a hospital in Virginia, put it at the time: "Hitler is beating us at our own game!" And scientists at New York's Cold Spring Harbor research facility would declare that Hitler's Nuremberg laws — the laws that stripped Jews of their citizenship rights and prohibited their sexual contact with "Aryans" — had a scientifically sound basis.

Sometimes the errors concern unforeseen consequences — for example, German chemist Fritz Haber solved the problem of synthetic fertilizer, enabling as many as 3 billion more people to find sustenance on the face of the Earth, but at the price of unanticipated environmental catastrophe in the form of polluted waterways and oceans. Other mistakes stem from a failure to adhere to data. The public health battle waged against saturated fats in the second half of the 20th century was without clear scientific basis but had the direct consequence of encouraging the widespread consumption of what we now know to be deadly "unsaturated" trans fats. Again, well-meaning doctors in the 1980s, unrestrained by data and abetted by a profit-hungry pharmaceuticals industry, are directly responsible for today's painkiller epidemic.

Some of Offit's narratives are difficult to read. Walter Freeman's development and popularization of the "ice-pick lobotomy" as a treatment for a grab bag of psychological and psychiatric maladies is downright nauseating, and is also an excellent example of what Offit sharply criticizes as a desire for a quick fix on the part of not only healers but also their needy population of patients.

But some of the stories he tells are more complicated. Rachel Carson can be credited with launching the modern environmental movement. Her warning that chemical pesticides like DDT could build up dangerously in the environment and that natural destruction could be the accidental consequence of human industrial activity was urgently needed. But she blended insight with a misleading zero-tolerance for chemicals, thus ignoring the fact that when it comes to chemicals, it is crucially the dose that makes the poison.

Offit warns that we continue to be vulnerable to these same kinds of mistakes. Mercury is harmful, he explains, but the use of mercury-based thimerisol as a preservative in vaccines was not dangerous (when it was in use). Zero-tolerance here was unwarranted. Similarly, if Offit is to be believed, our widespread suspicion of e-cigarettes and GMO crops is warranted by no firm, replicable scientific or public health findings, but only, if at all, by a rich brew of politics, fear and the absence of data.

Pandora's Lab is a pro-science book. Science fails, he believes, when it falls short of its own standards. For science to work, it needs to base its claims on data, and the studies need to be replicable. Science goes astray when scientists, who are, of course, only human, get caught up in their own ideas and their (sometimes) laudable goals. A good scientist gives up theory when it is unsupported by data. This is what the quack-doctor Andrew Wakefield refused to do when study after study showed there to be no link between autism and the MMR vaccine, and what Linus Pauling refused to do in the face of evidence that, his insistence to the contrary notwithstanding, Vitamin C was not the cure for cancer.

This is a much needed book — especially now. These days, science is politicized by critics on both sides of the spectrum who worry that scientific finding sometimes provides cover to hidden social policy agendas, on the one side, or the profit motive, on the other. Offit's book reminds us that we do need to be cautious and that claims to the status of science need to be decided on the merits.

Science is both an activity and a commitment. There's no alternative to science. There's no court of appeal outside it. We can challenge science, dispute its findings. But to do so is just to do more science. In the end, we're stuck with science. Science is us.