Accessibility links
What Should We Be Teaching Young Children? : 13.7: Cosmos And Culture Many things can be learned just as well later — so the focus should be on ones that really need to be early, like languages, music and communication, says psychologist Tania Lombrozo. 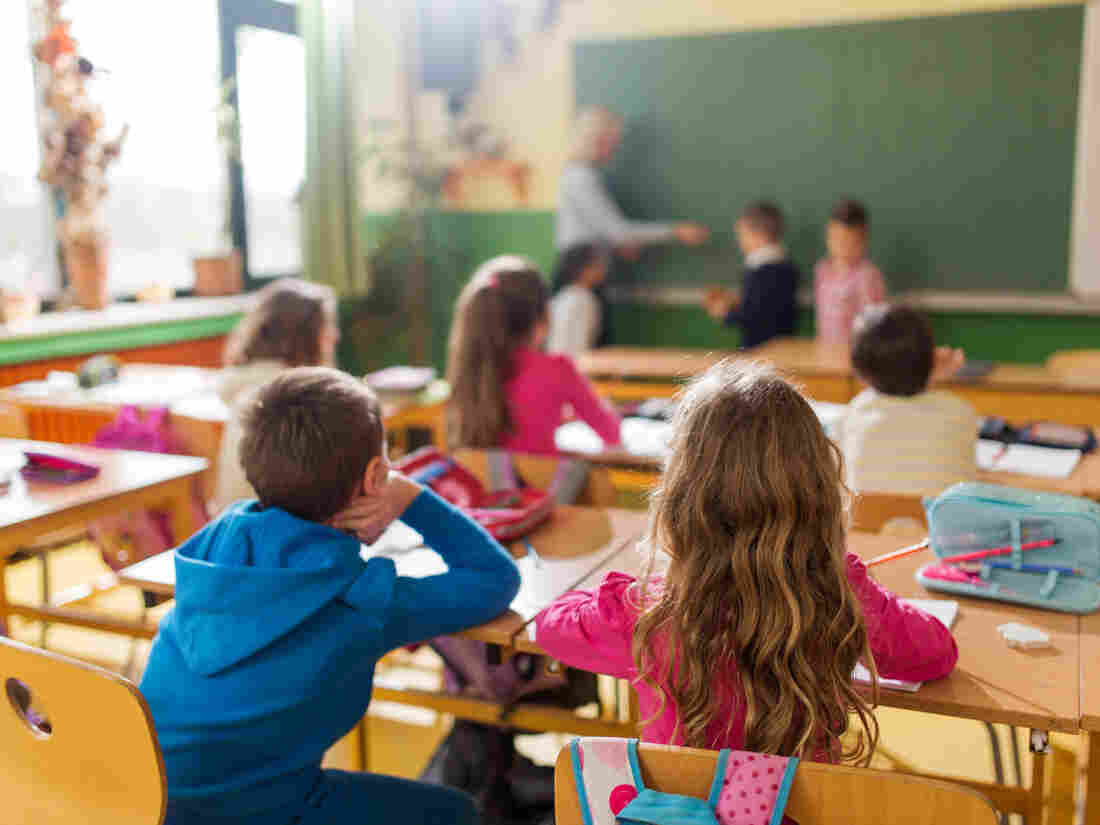 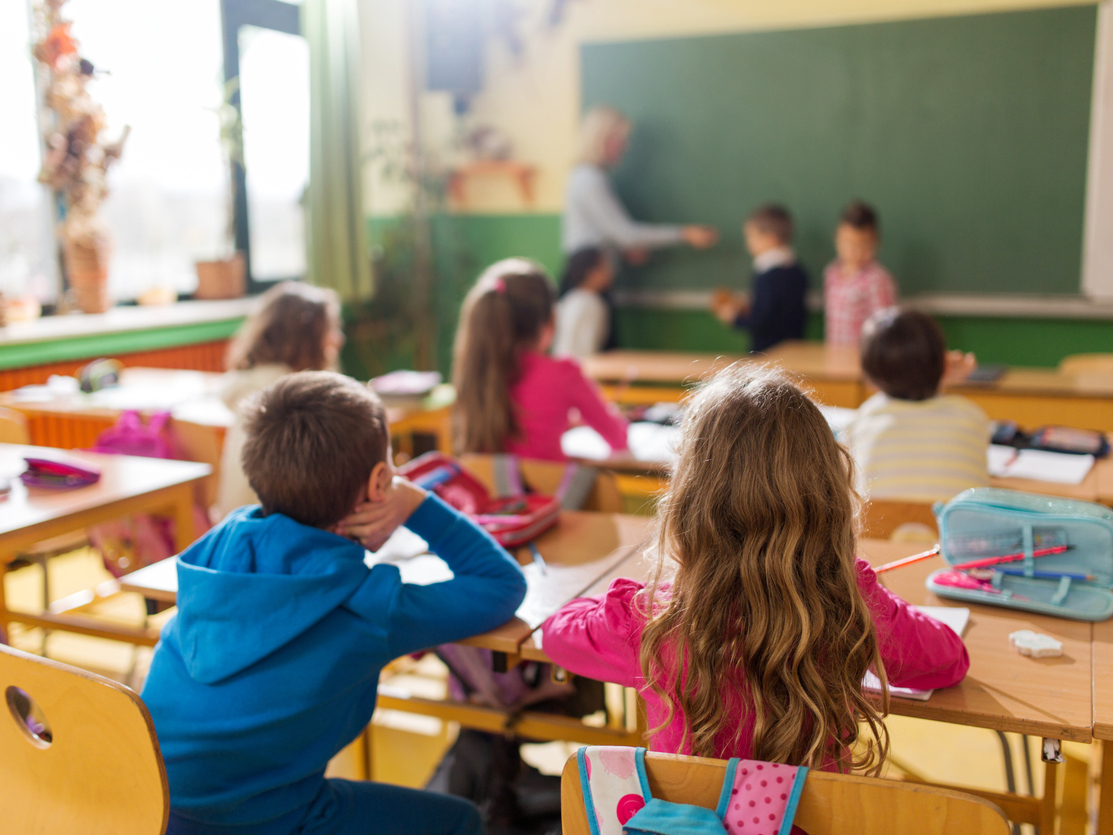 Early-childhood and elementary school programs reflect a diverse set of commitments about what children ought to learn, and about how they ought to do so.

Some focus on academic preparation and advancement, with extra attention to reading and mathematics. Some emphasize social-emotional development and community values. Others tout their language classes, or their music program, or the opportunities for children to engage in extended projects of their choosing. Some praise structure and discipline; some prize autonomy and play.

Alongside this profusion of options is a rich diet of advice: parenting books, articles, Facebook groups, and friends who swear by one approach or another. For the most part, though, these conversations miss an important question: not just what to learn and how to learn it, but when to do so. In other words, what should young children be learning while young? What's the argument for learning a particular skill sooner rather than later?

Yes, there are discussions about what's developmentally appropriate for children of different ages. And there are discussions about what's valuable to know at any age. But what, specifically, should a child learn now? Are there good reasons to teach reading in kindergarten rather than in 2nd grade, or to expose children to music as toddlers rather than teenagers? Why not wait until children are more mature, and better at engaging in structured study? Beyond the basic premise that we shouldn't teach children something before it's developmentally appropriate to do so, are there general principles that govern what's valuable to learn sooner rather than later? And might recognizing such principles transform the way we think about early-childhood education?

Of course, educators and curriculum developers ask themselves these questions all the time — they're the ones deciding what to teach, and how and when to go about doing so. Organizations like the National Association for the Education of Young Children, for example, have articulated principles of child development and learning, and different educational philosophies embody their own commitments. If we started from these general principles, though, rather than preconceived notions of what formal education ought to look like, might we arrive at very different views about the value of emphasizing social-emotional development versus geography, or music versus mathematics?

Below, I offer four guiding principles for resolving the "early" in early-childhood education — that is, for deciding what's worth learning sooner rather than later. These are not meant to be exhaustive, and I'm certainly not the first to suggest ideas along these lines. I offer them as a cognitive psychologist who studies learning, and as a parent who has thought about the question of when alongside the what and the how. I offer them to add fuel to ongoing conversations about whether we're teaching young children the right things.

#1 Capitalize on sensitive periods. Research suggests that many organisms have sensitive periods for learning — windows of opportunity during which the right kind of environmental input can have an impact that won't occur at all, or in the same way, outside of that window. Some of the most dramatic examples come from birds: a greylag goose will imprint on its mother (or on a suitable alternative) in a "critical period" hours after it hatches.

Humans, too, seem to have sensitive periods, with language learning among the most studied. When learning a second language, for example, a child's age of exposure (up to puberty) predicts proficiency as an adult, even when total exposure is taken into account. Similarly, when it comes to music, musicians who are trained early, versus late, perform better on various tasks, even when their total musical experience is equated. For these domains, at least, we have evidence that early exposure is beneficial, and there are surely many more.

#2 Create snowballs. Sometimes, an early gain can snowball into a greater final outcome. Money provides an easy illustration. Two people who start out with different amounts of money might see the discrepancy in their wealth magnified over time as the richer party capitalizes on the opportunities afforded by their wealth: investments that pay off; education that opens doors; and so on. As the saying goes, the rich get richer, and the poor get poorer — a phenomenon also known as the Matthew Effect. In such cases, it pays to bring about initial gains; a numerically comparable boost that occurs later in time is likely to make a smaller difference to the final outcome. For processes that snowball, there's a good argument for early learning.

But is learning really like money? In some domains it seems to be. For instance, there's evidence that children with larger vocabularies learn new words more readily than those with smaller vocabularies, as a result of which the gap between them can grow, rather than shrink, over time. And verbal abilities aren't just important because they beget further verbal abilities; they're important because they make new kinds of social interactions and information gathering possible. As with sensitive periods, targeting phenomena that snowball means that education can have a greater impact.

#3 Think about the present. Sensitive periods and snowballs are important because they're investments in the future. By timing things just right, some future reward will be greater. But there's also something to be said for a child's experience in the short term — today and tomorrow and the next day. Skills like emotion regulation, for example, may or may not involve sensitive periods or snowball over time (perhaps there's research that can tell us). But they can sure help a child deal with 3rd grade. Some things are worth learning whether or not they improve the future; it's enough that they improve the present.

#4 Meet deadlines. Some skills are important to acquire early because they're prerequisites to meeting a later goal. If you want a child to grow to be an independent, responsible, and kind adult, you can't start teaching the building blocks at age 17. Some things need to start sooner because that's the only way to meet "the deadline" — the time by which the relevant knowledge or capacity needs to be more or less in place.

Note that this is true whether or not earlier learning brings other rewards, such as feeding into a sensitive period, starting a snowball, or improving the child's immediate experience. And note that these other processes can impose their own deadlines: If being a proficient reader can "snowball" other kinds of learning in the grade school years, then achieving that proficiency imposes a deadline that might justify introducing key building blocks in advance. I'm going to speculate, for example, that teaching phonemic awareness to young children doesn't lead to deeper friendships or greater happiness (though I could be wrong). What it does do is set children up to be better readers and writers when those skills really start to matter.

Would taking these four principles to heart change what happens in most preschools or grade-school classrooms?

The unsatisfying but honest answer is: "It depends." These principles would need to be combined with a lot more information to yield any verdicts. We'd need to consult relevant scientific research (on sensitive periods, for example), and we'd need to know how different learning outcomes are valued relative to one another. We'd also need to recognize that individual children vary, as do their communities.

But my guess is that with all of this information in place, we'd find that there's a strong case to be made for easing off on some standard academic content in favor of foreign languages, music, social-emotional skills, and various forms of communication, including reading and writing. Many things can be learned just as well later; it makes sense to focus on the ones that really need to be early.