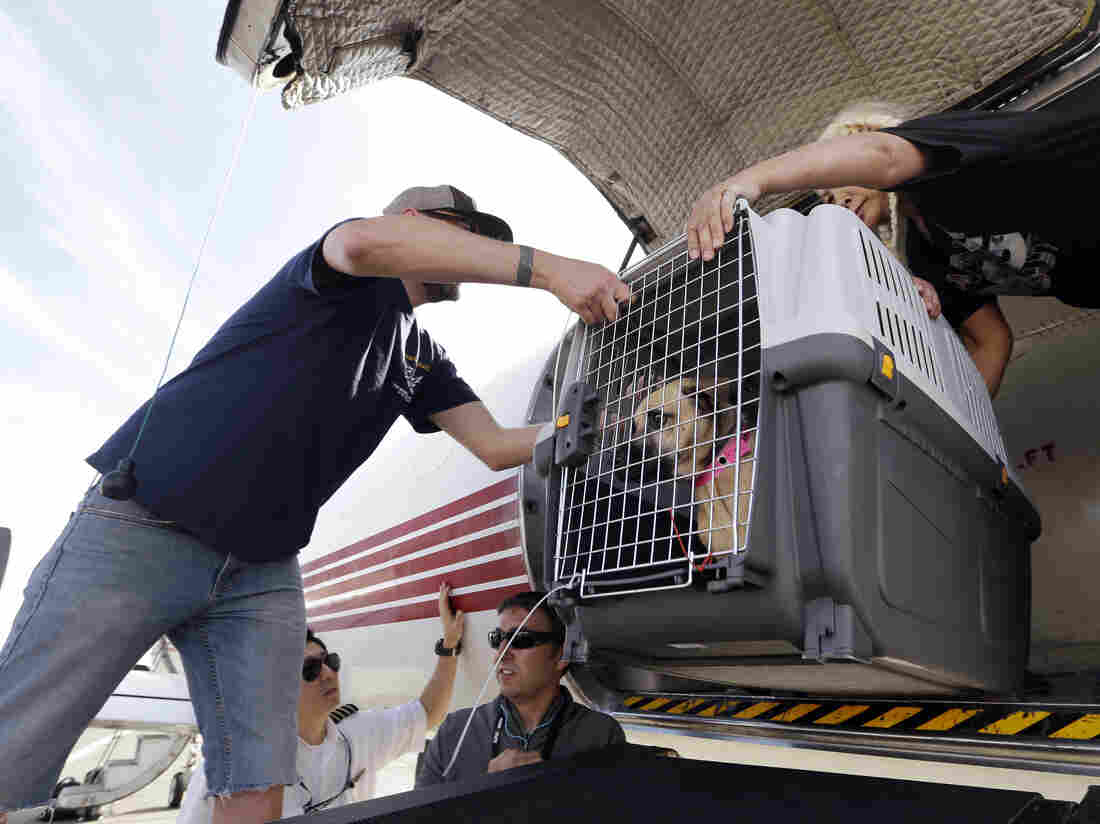 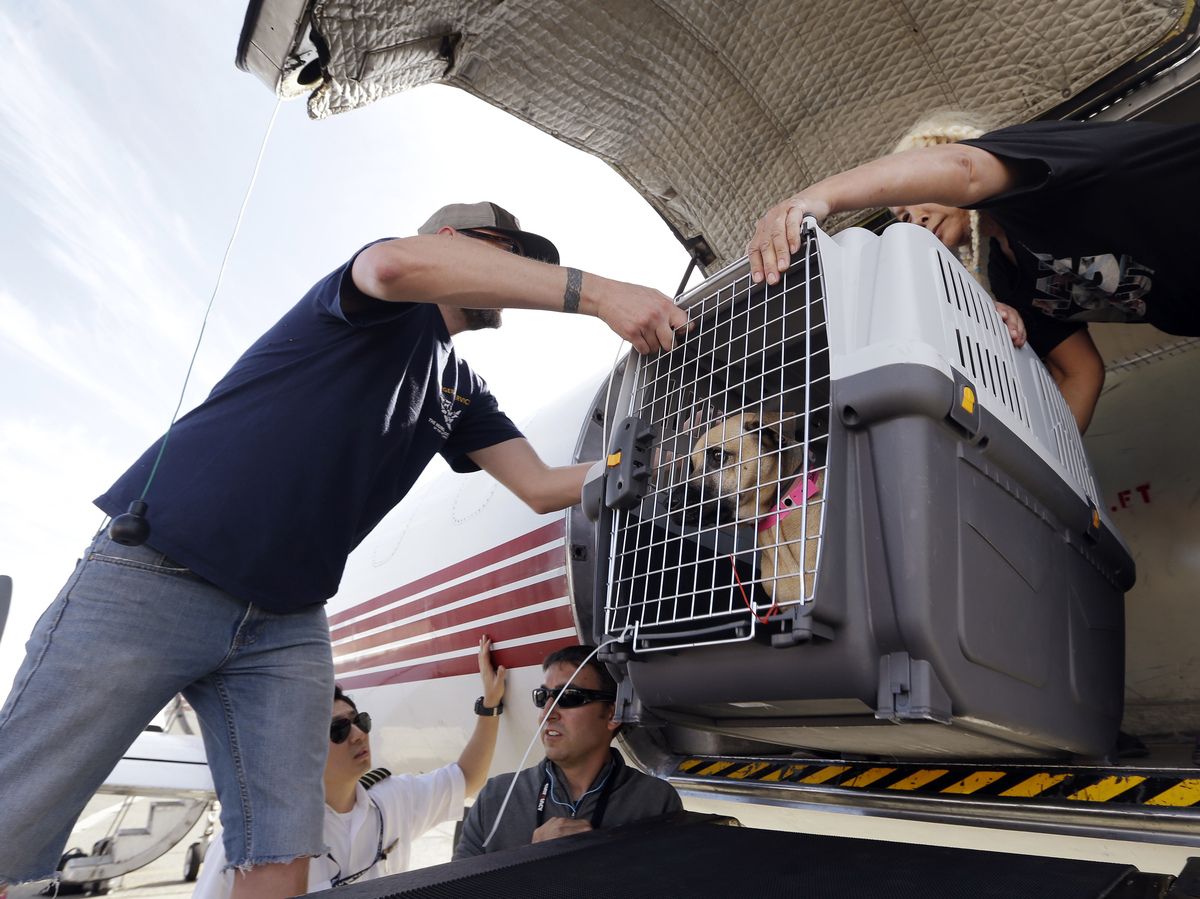 Volunteers unload one of 35 dogs flown from Texas shelters to Seattle in Hurricane Harvey's aftermath. The dogs arriving in Seattle were already in Texas shelters when Harvey hit and are being transferred so animals displaced by the flooding can be cared for until they can be reunited with their families.

As the full extent of the damage from Hurricane Harvey in Texas and Louisiana starts to become clear, many of us have been glued to coverage of urgent rescues, including of people's pets.

A storm of this magnitude, with its unprecedented levels of rain and flooding, affects many animals in addition to our companion dogs and cats. There is great concern for cows and other livestock whose lives are threatened by the rising waters.

Animals that might not first come to mind as hurricane victims are affected also. This video, based on reporting by KXAS/NBC Dallas' Brian Curtis, shows an exhausted and trembling opossum resting on a bridge in downtown Houston.

Apparently, this opossum was not taken to shelter. It is uplifting, though, to see how many other animals have been rescued.

Here are just a few of my favorite examples.

Perhaps the most famous non-pet rescue, so far, is of a hawk who has been named Harvey. Harvey climbed into a taxicab to shelter from the storm — and a video of this went viral. Harvey, seen in another video wearing a tail guard, is now being cared for by staff of the Texas Wildlife Rehabilitation Center, who are assessing his injuries and believe he wouldn't have survived the storm without rescue.

A woman named Jamie Yuna posted a video of her husband, Jeff, and his nephew transporting a grass carp from shallow floodwaters back into a pond at a golf course.

A woman identified as Alicia Plunkett was filmed by Jason Allen of Dallas' CBS station as she saved bats in danger of drowning.

The fire department of College Station, Texas, posted a video of its rescue of a horse stranded by Harvey floodwaters.

Videos like these help remind us to widen our circle of compassion in natural disasters.

For those of us able to make a donation to help human victims displaced by Hurricane Harvey, the idea of also sending funds along to animal rescue organizations is a good one.

The work of first responders and "regular" people who are stepping up to help in Harvey's wake — with both human and nonhuman rescues — is evidence of courage and compassion.

A previous version of this story included an incorrect name of the rescued hawk. Its name is Harvey, not Harry.