Accessibility links
Lessons From The Stars: How To Live On A Climate Changed World : 13.7: Cosmos And Culture Classification of planets offers a way to see how Anthropocenes — and a successful route through them — might be part of a continuum of planetary evolution, says astrophysicist Adam Frank.

Lessons From The Stars: How To Live On A Climate-Changed World

Lessons From The Stars: How To Live On A Climate-Changed World 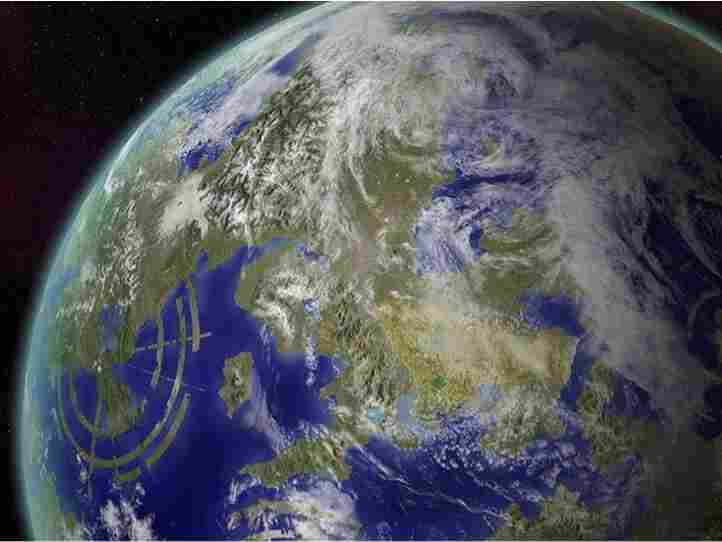 An artist's rendering of what a Class V planet might look like under this new planetary classification system. Michael Osadciw/Courtesy of University of Rochester hide caption 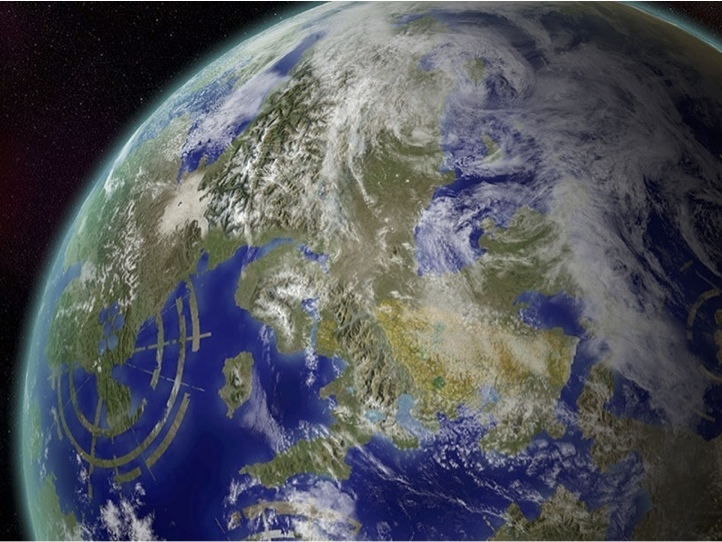 An artist's rendering of what a Class V planet might look like under this new planetary classification system.

Michael Osadciw/Courtesy of University of Rochester

The non-stop, "never-seen-before" hurricanes of the last few weeks have given us a glimpse of what a climate-changed world will look like for humanity.

If it seems like a scary vision, you should know that we're only at the very beginning of this wild ride. Things are likely going to get harder.

But what would it mean for us to deal effectively with the long-term planetary changes we've initiated? What would it look like if we could marshal our creativity to find a smooth landing for our cherished project of civilization?

That's the question I, and my collaborators, explored in a new paper we just published in the journal Anthropocene. To answer it, we took a new view of our predicament — the view from the stars.

The title of our study was Earth as a Hybrid Planet: The Anthropocene in an Evolutionary Astrobiological Context. My partners on this project were Marina Alberti of the University of Washington and Axel Kleidon of the Max Planck Institute in Jena, Germany. Marina is an expert on urbanization and ecology. Axel works at the frontiers of studying the Earth in its entirety as a complex system.

So to start, let's get some definitions out of the way. Astrobiology is the study of life and its possibilities in a generic, planetary context. The Anthropocene is the name given to this new epoch the Earth is entering where human activity is a dominant driver of planetary behavior.

Starting with these two research domains, our paper's premise is simple: What if Earth's entry into the Anthropocene represents an astrobiologically predictable planetary transition?

In other words, what if almost any planet that evolves an energy-intensive industrial/technological civilization pushes its planet into an Anthropocene-like shift?

Now, if the idea of "exo-civilizations" seems like too much, in a previous paper Woody Sullivan and I addressed the issue. We showed that odds are high that we are not the only civilization that's appeared somewhere in cosmic space and time (That, however, doesn't mean many or any civilizations exist nearby now — and it certainly isn't an argument for UFOs!).

So if there have been others reaching our point before us, those planets with exo-civilizations making it further through their Anthropocenes into long term sustainability should have predicable properties. Those planets would be a kind of class in-and-of-themselves, along with all the other kinds of planets the cosmos has evolved.

To explore that idea, we mapped out different classes of planets using all the considerable knowledge humanity's gained from 50 years of solar-system studies (and the emerging study of exoplanets). What we came up with was a new planetary classification scheme focused on the evolution of worlds both without — and with — life.

Planets are basically nature's way of turning starlight into something interesting. That's why our new scheme was based on what's called "non-equilibrium thermodynamics." We focused on how energy flowed through the planetary systems of atmosphere, ocean, ice, rock and life in the form of a biosphere. The idea was to see how a planet's ability to harness sunlight to make interesting things happen changed as it evolved. Then we could use this understanding to see what a biosphere that evolved a sustainable civilization would look like.

The new classification system was composed of five levels:

A new scheme classifies planets based on their ability to take solar energy and do work to drive complex systems, like a biosphere or a civilization. Seen here in an artist's rendition, it is composed of five levels, from a Class I planet (far left) to a Class V planet (far right). Michael Osadciw/Courtesy of the University of Rochester hide caption

toggle caption
Michael Osadciw/Courtesy of the University of Rochester

What we found in our study was that ascending from a Class I to a Class IV world was all about planets finding new ways to do interesting things with the sunlight that fell on them. Innovation and evolution (as characterized by the ability of the planet to turn stellar energy into useful work) increased from Class I to Class IV. That fact indicated the direction a fully sustainable planetary civilization like ours might head towards in saving itself.

In the paper, we explored several ways­­ humans on Earth might form a technological cooperative between the biosphere and civilization. One of these was "greening" large desert land-masses such as the Sahara. Perhaps this could even be done using genetically modified trees with photovoltaic leaves that convert the sun's energy into electricity. The ideas we proposed were, however, just sketches of outlines of sketches. They were nothing more than a beginning.

The important point for us was that the classification offered a way to see how Anthropocenes — and a successful route through them — might be part of a continuum of planetary evolution. What we really hope is that our classification might lay the groundwork for future research on the "co-evolution" of planets along that continuum. As we wrote in the paper:

"Any world hosting a long-lived, energy-intensive civilization must share at least some similarities in terms of the thermodynamic properties of the planetary system. Understanding these properties, even in the broadest outlines, can help us understand which direction we must aim our efforts in developing a sustainable human civilization."

In other words, if you don't know where you're going, it's going to be hard to get there. Now that we're learning just how rich the universe is with planets and possibilities, it's time to see that that the stars have some directions to offer about our fate on Earth right now.