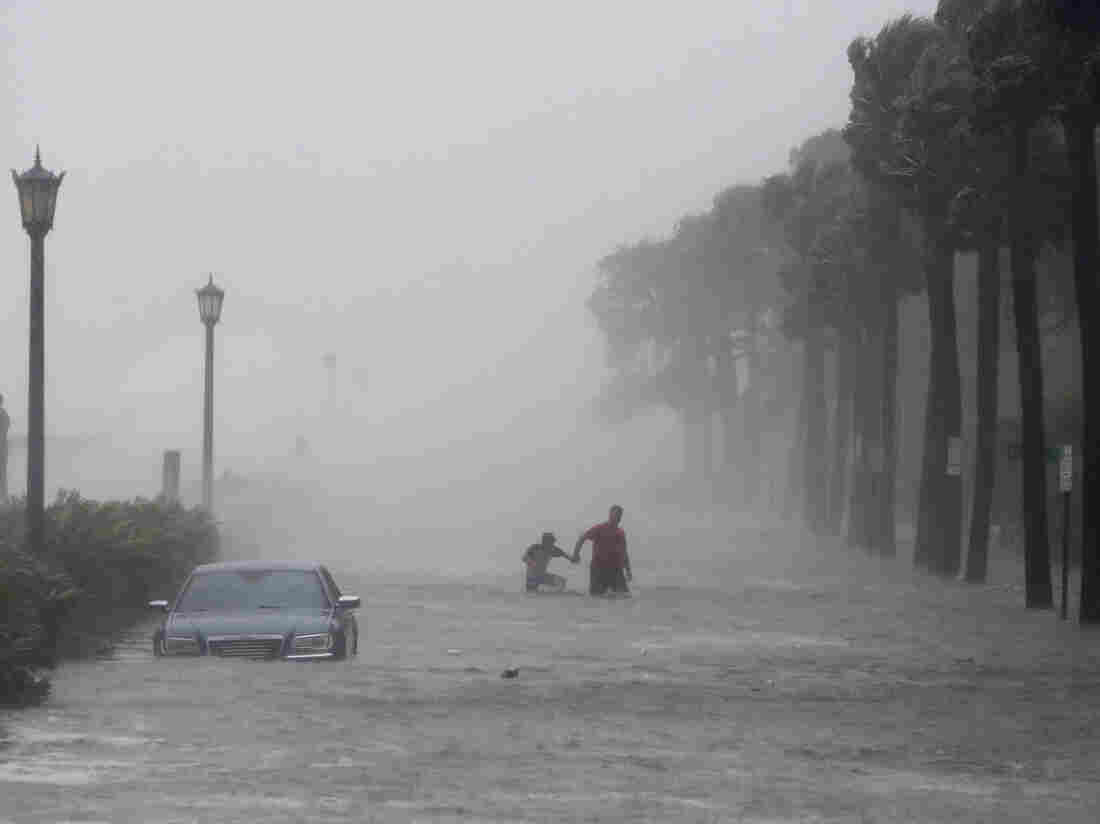 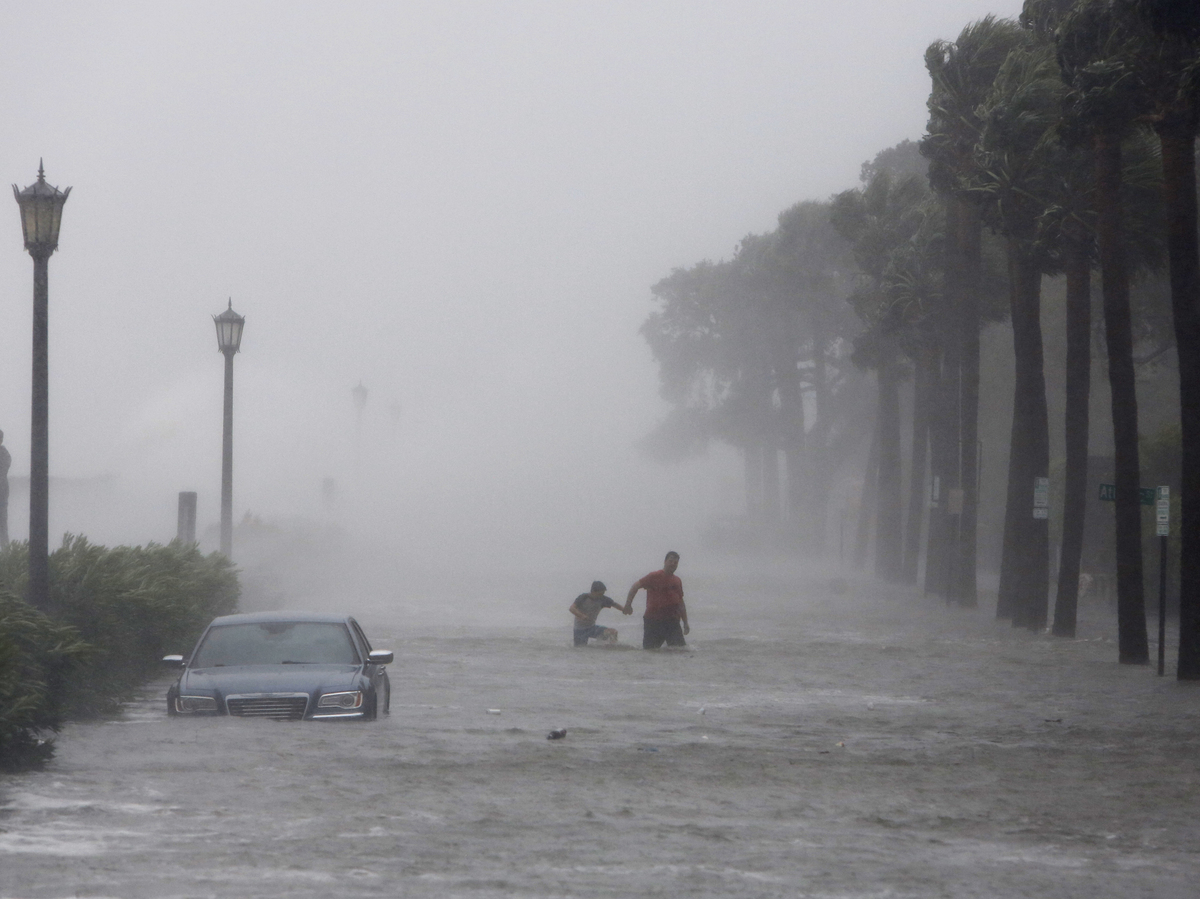 Lisa Feldman Barrett is a professor of psychology at Northeastern University and the author of How Emotions Are Made: The Secret Life of the Brain. You can keep up with Lisa on Twitter: @LFeldmanBarrett.

Close your eyes and imagine a beautiful spring day in the forest. In your mind's eye, try to see tall, green trees and smell the aroma of blooming flowers. Can you hear the gentle breeze rustling the leaves above you?

Most people can conjure up this mental scene without much effort, at least for a few moments.

Now, imagine that the temperature rockets upward. It's 120 degrees Fahrenheit. Try to produce, in your mind, the discomfort you'd experience under that scorching sun. I don't mean just the idea of being hot — actually try to feel the physical sensations of stifling, smothering heat. Can you invoke these feelings on demand?

Why is it easy to imagine sights, sounds and smells in vivid detail, but so much harder to conjure up the suffering you'd feel in intense heat?

Your ability to sense things just by thinking about them, which neuroscientists call simulation, requires vast networks of interconnected neurons. These networks are wired so you can see, hear, and experience your five senses with great detail, but not sensations from inside your own body, like your kidneys cleaning your blood. Even your heart and lungs, whose movements you can sometimes feel (like when you run up a staircase), remain undetectable much of the time.

This is fortunate. If you felt every little twitch and gurgle inside your body, you'd barely pay attention to the outside world. The upshot, though, is that most people can't simulate realistic temperature changes, intense pain, exhaustion, or other internal sensations on demand.

This neural limitation, I suggest, is a key reason why more people aren't terrified by climate change.

Most of us can easily imagine the sight of polar ice caps melting, and we might feel distressed as we think about coastal cities flooding. But thanks to our brain wiring, few of us can simulate the feeling of blasting heat or the awfulness of other disasters we'd face every day in a warming world. The physical sensations of being submerged in floodwaters. The agony of starvation as crops fail and drinking water runs low. The wretchedness of disease as we're bitten by newly arrived insects that migrate north as the country warms. We can effortlessly simulate the scenes but not the actual, physical sensations of our suffering.

The same is, unfortunately, true for our leaders. Today, we have politicians who make policies or pass laws that deny or worsen the effects of climate change. I'm suggesting that these actions are due, in part, to a failure of simulation. Our elected leaders may be capable of imagining and discussing climate change (though some choose not to), but it's unlikely that they simulate the vivid sensations of suffering that might result from their decisions.

Jared Diamond, the Pulitzer Prize-winning author, makes some foreboding observations in his book Collapse: How Societies Choose to Fail or Succeed. Past civilizations have fallen, he writes, when their leaders became insulated from the consequences of their actions until it was too late. From a neuroscience perspective, this means the leaders — even well-meaning ones — were not simulating those future consequences. By the time the consequences arrived so the leaders could experience them first hand, a course correction was impossible. Our federal approach to climate change appears to be a textbook example of this shortsightedness.

To make matters worse, simulation is irrevocably tied to behavior. The same networks of neurons that drive simulation also launch all human decisions and actions. The ability to simulate challenging things on demand is therefore related to the actions one takes, or to inaction. Simply put, if you don't simulate a threat, you won't take steps to avoid it.

If the sensory consequences of climate change are unimaginable to our government officials, what can we do? Perhaps we can help them feel those consequences directly. The next time a city like Las Vegas has a record heat wave, as it did in June of this year (117 degrees F), we could petition President Trump to travel there. Perhaps a three-day stay at Trump International Hotel — with the air conditioning turned off — would be swelteringly educational. Or shall we ask Vice President Pence to visit Nuatambu, one of the Solomon Islands northeast of Australia, where rising ocean levels have washed away half the habitable land and forced families to flee? Let him live there for a month or two. Or maybe Scott Pruitt, head of the Environmental Protection Agency, should survive on minimal drinking water for a few days, so he can understand viscerally what a drought feels like.

At the very least, when climate change contributes to the next record-setting hurricane that devastates one of our nation's cities, Congress should not debate hurricane relief while safe and comfortable in the Capitol building. No, our lawmakers should consider flying directly into the disaster zone to convene while standing in the floodwaters, surrounded by wreckage. They would directly experience the consequences of climate change in the same way that their constituents do.

What our leaders cannot simulate, they can make themselves feel. All it takes is the courage to do so.