Accessibility links
When Children Begin To Lie It Shows Positive Brain Development : 13.7: Cosmos And Culture Children's initial, funny, sometimes troubling, and always-sloppy lies are signs that they have discovered something important about how other people's minds work, says guest blogger Marjorie Rhodes. 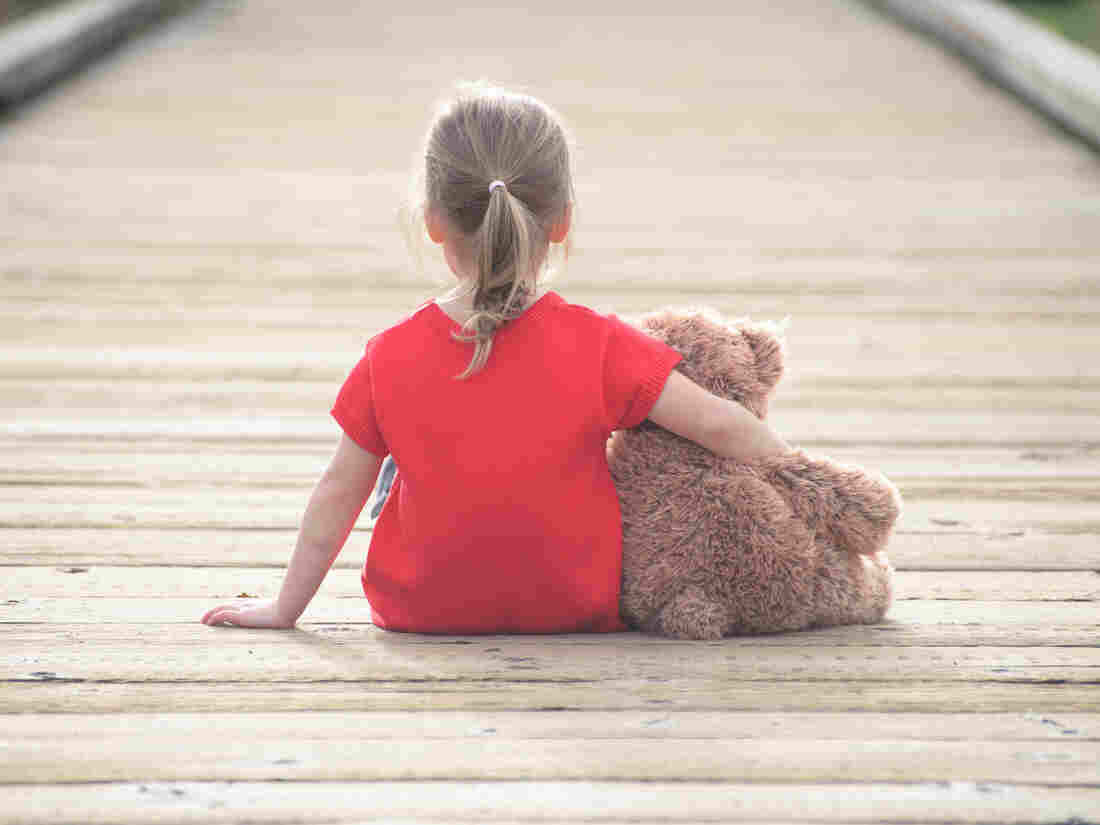 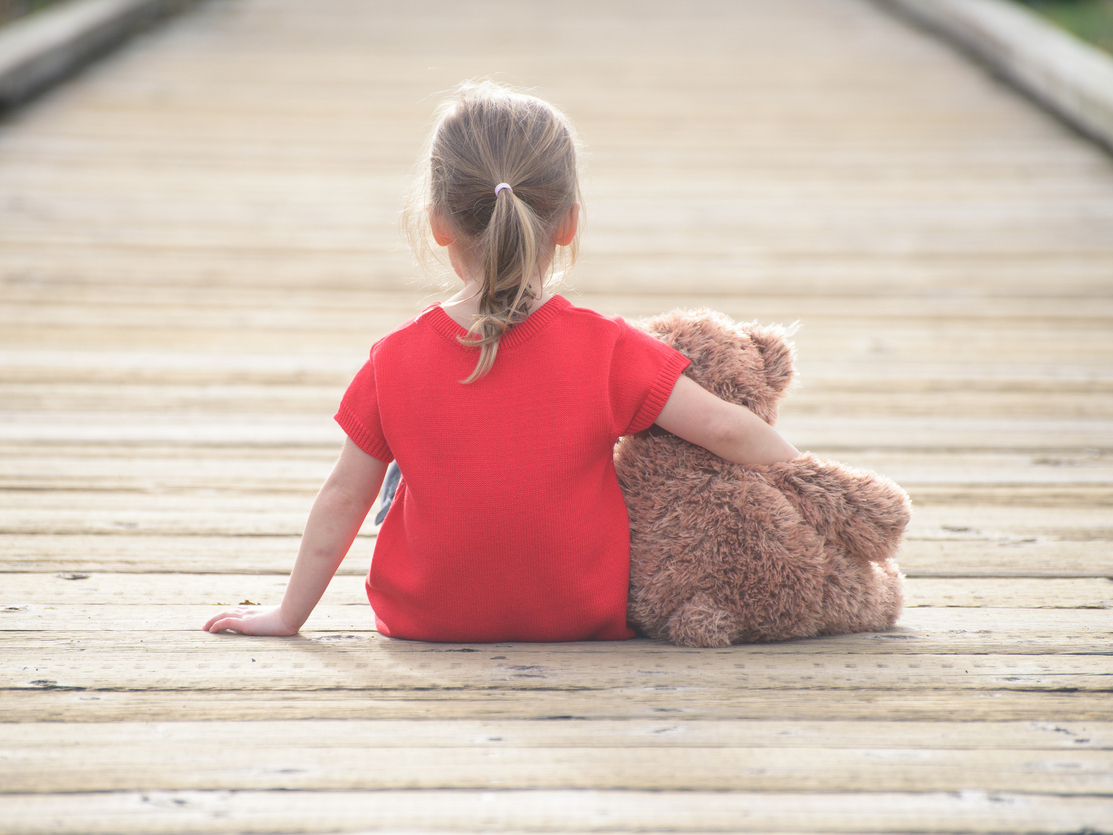 My 4-year-old recently called out to me that he was all dressed for school and going to play outside.

A moment later, I watched him appear outside the kitchen window and begin to happily blow bubbles — in his pajamas.

It can be alarming to parents when children begin telling lies like this (as well as humorous because they are so easily caught in their falsehoods). But in early childhood, lying reflects an important milestone in cognitive development.

When my 4-year-old told me that he was dressed, he realized that I couldn't see him. He reasoned that I would form a belief based on what he told me, not on reality. He capitalized on this situation to try to instill in my mind a false belief (that he was ready to go) that served his goal (having time to play). This sophisticated understanding of how people's minds work is the product of a fairly long developmental process.

Before about age 4, children have simpler beliefs about how minds work. They often think that everyone shares the same beliefs, and that beliefs are direct reflections of what is objectively going on in the world. Younger children expect their parents to know if they are dressed or not, have been to the bathroom or not, and where they put their shoes, regardless of who was around when any of these things happened (or didn't).

Because they expect people's minds to contain direct copies of reality, younger children do not even try to deceive. Playing hide-and-seek with a young 3-year-old will confirm that they simply do not yet understand the concept of deception — children of this age delight in telling the seeker exactly where they plan to "hide."

Research in developmental psychology has confirmed the link between understanding how minds work and the emergence of lying. (You can read more about this in a 2015 a piece by Tania Lombrozo here.) Children who understand that beliefs can be false are more likely to lie in experimental paradigms (for example, to say they did not peek at a hidden toy) than children who still view minds as containing direct copies of reality. When researchers give children experiences to speed up the development of their understanding of the subjective nature of beliefs, these children begin to deceive when they would not yet otherwise do so.

A paper published this summer by Dr. Gail Heyman and her colleagues found that as soon as young children begin to understand the subjective nature of beliefs, they are prepared to learn to deceive. In this study, young children played a game where they could win treats by tricking an experimenter about the location of a hidden object. Children who already understood the subjective nature of beliefs figured out the winning strategy very quickly. They consistently tricked the experimenter to win the game and get the most treats for themselves. But children of the same age who did not yet understand the subjective nature of beliefs never figured out how to deceive their partners. They consistently lost the game — even after playing everyday for 10 days in a row.

Although lying is usually something to be discouraged, the child's underlying insight into how minds work is an important accomplishment. Understanding how other people come to their beliefs allows children to communicate more effectively, to develop better relationships with their peers, and to engage in more elaborate and collaborative pretend play.

In a study that my colleagues and I conducted in my laboratory at New York University, we found that 4- and 5-year-old children could use their growing understanding of minds not only to deceive, but also to serve the pro-social goal of teaching another person something new.

In this study, we asked children to teach another (hypothetical) child how to turn on a new toy. The toy would turn on when certain blocks — but not others — were placed on top. Sometimes we asked children to teach the other child the whole truth of how the toy worked; for instance, that all red blocks — regardless of their shape — would turn it on. Other times we asked them to trick the other child into thinking something that was still accurate, but more limited; for example, that the red squares would start the toy (but not necessarily the other red shapes).

Children in this study carefully considered both the other child's beliefs and the message we asked them to communicate when deciding what to do. Children who were asked to teach the whole truth often chose to show the other child that a red circle and a red square would both turn on the toy. By choosing two different shapes, they communicated that red blocks would turn on the toy, regardless of shape. These children could have chosen two blocks of the same shape instead; showing that two red squares turn on the toy would also have been an accurate demonstration. But this information could have given rise to the mistaken belief that only red squares would work. The children cleverly avoided showing this type of misleading (though still accurate) information. Instead, they systematically chose the samples that conveyed unambiguous messages to their partners.

In contrast, when children were asked to deceive, they often chose the two red squares. Children had no problem picking the blocks that efficiently conveyed the tricky message when their goal was to deceive.

Children in this study had to think about what the other person believed, how that belief might be different from their own, and how the other person's belief would change in response to new information. These skills allowed children to deceive, but also to be effective teachers and communicators.

On another recent morning, my 4-year-old saw me anxiously looking around while I was getting ready for work. He spoke up, "If you're looking for your phone, Mama, it is in the drawer with the mixing spoons." He'd seen his younger brother put it in there earlier that morning. He guessed my intentions, realized that he knew something important that I did not, and was able to help. The same skills that allow him to lie also make him a helpful social partner.

Beyond children's understanding of how minds work, many other things go into whether they choose to lie, including their moral understanding, executive function, and features of the specific situation. And even after children begin to lie, they still have a lot left to learn about deception and social interaction. Even so, children's initial, funny, sometimes troubling, and always-sloppy lies are signs that they have discovered something important about how other people's minds work.

Being able to guess what someone else is thinking and know how to influence someone else's beliefs are at the root of deception, but of effective communication and social interaction as well.

Marjorie Rhodes is an associate professor of psychology at New York University. Her research examines conceptual development and the development of social cognition. She tweets at @marjorie_rhodes.