Accessibility links
Kim Stanley Robinson And The Future Of Humanity : 13.7: Cosmos And Culture Author Kim Stanley Robinson deserves a place as a true visionary: He has done more than just write good science-fiction — he's mapped out new territory in what it means to be human, says Adam Frank.

Writing On The Terrifying Beauty Of The Human Future

Writing On The Terrifying Beauty Of The Human Future 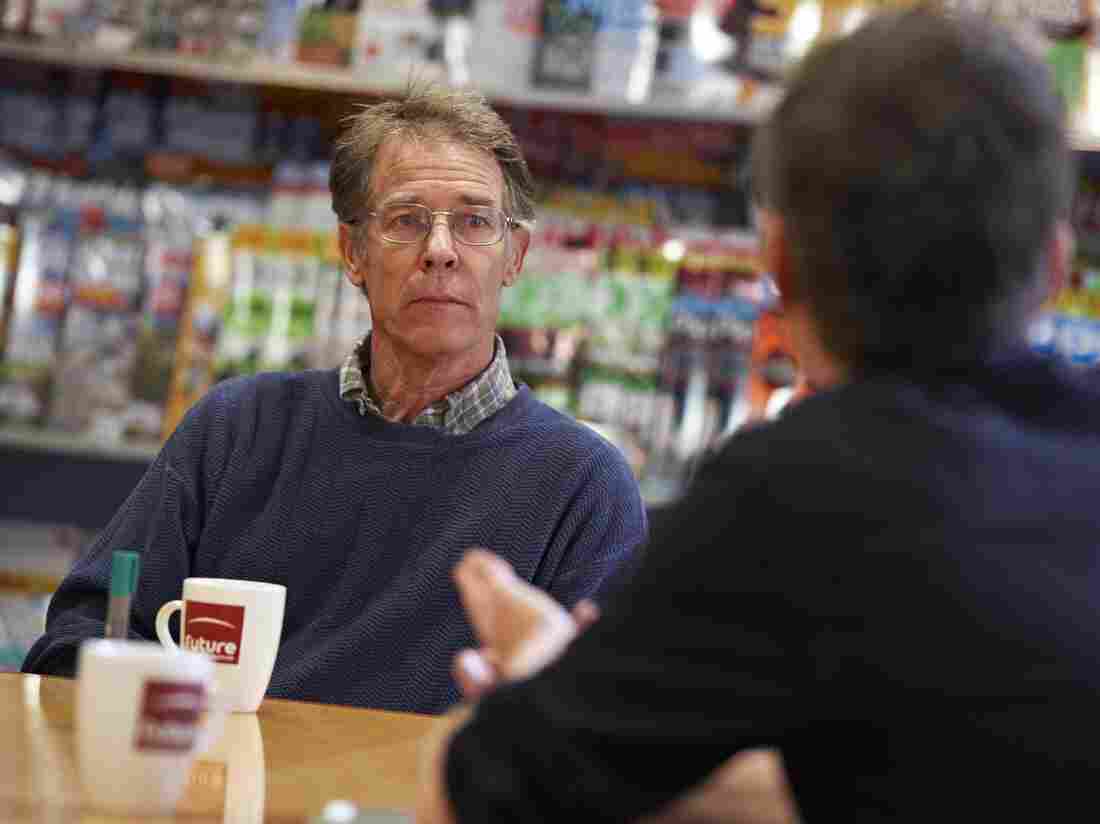 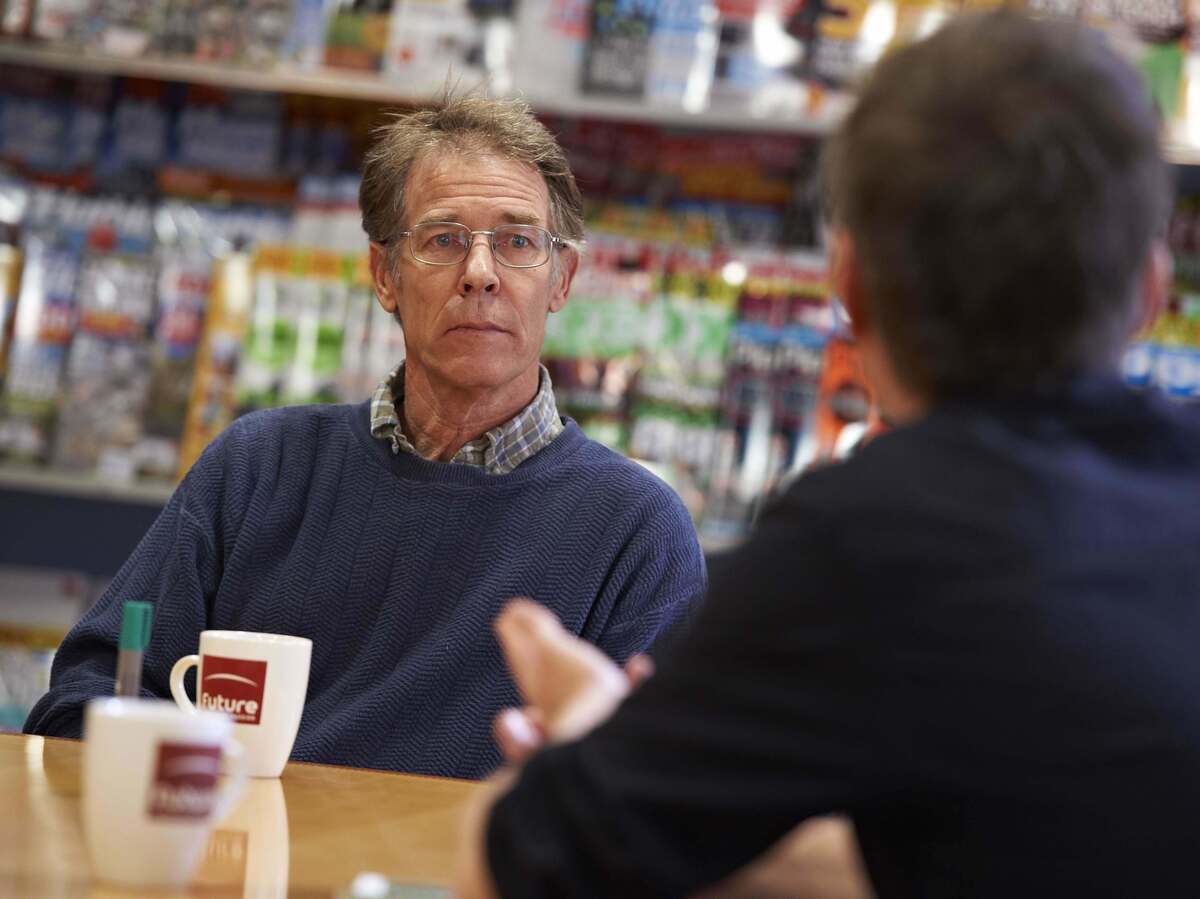 Then there are those who do both, giving readers complex characters, richly imagined stories and, finally, ideas that reach beyond the narrative to change how you see the world.

When it comes to thinking about human beings, their future, and their place on the planet (this one and others), I'd argue that Kim Stanley Robinson deserves a special place as a true visionary. Reaching both backwards to our past and forwards to the future, Robinson has done more than just write good science-fiction stories — which is hard enough. He's mapped out new territory in what it means to be human in the worlds of nature and technology.

Robinson's most famous work is the Mars Trilogy from the 1990s. Across three books (Red Mars, Green Mars and Blue Mars), he mapped out the human settlement of the solar system. The books are equal parts high adventure, ecological philosophy and political intrigue as Mars grows to become an independent power in a solar system that is awakening with our presence.

Most importantly, the Red Mars series initiated a shift in science fiction away from the stars and back to our real future in the solar system. Unless a technological miracle occurs, we are not building an interstellar civilization anytime soon (the stars are just too far away). But settling the solar system is already a possibility — and it is our likely future over the next few centuries.

From my perspective, Robinson was the first to really revisit this possibility via lessons learned from decades of planetary exploration. It was his work that woke a new generation of writers like James S..A. Corey (with the Expanse series) to take the solar system, and our future in, it seriously.

Now if you don't read much science fiction, it would be easy to dismiss all of this as just "rocket-ship dramas." But if you hold that position, you'd miss how deeply Robinson understands how explorations of other times hold keys to understanding the present.

Robinson is always deeply interested in the ways human beings inhabit the natural world and how that inhabitation is mediated by technology. Two of his books actually reached back into the past to explore these connections. In Shaman, he unpacked the life of a Paleolithic tribe tens thousands of years before the last ice age ended. In Years Of Rice And Salt (one of my favorites) he unpacked an alternate history of the world in which Europe is completely wiped out by the Black Death. This work explores how the world might have evolved with China and the Muslim empires as the principle players. More than just a "what if," The Years Of Rice And Salt was an exploration of how technologies emerge from, and shape, the cultures that create them.

Now I'm reading Stanley's latest work New York 2140. The novel takes place after a "second pulse" of catastrophic climate-change-driven sea-level rise. Most of lower Manhattan is under water. But those flooded parts of the city have not been abandoned. Instead, a population of intrepid New Yorkers has reclaimed the drowned zone, building a new kind of Venice among the towers both below and above water. The novel tracks a plot by uptown financiers to muscle in on the newly stabilized lower regions of the island.

But like all Kim Stanley Robinson novels, there is much more at work then a story about people in the future. Instead, New York 2140 is an exploration of the intersection between economics and climate change. As always, I'm coming away from the pages feeling like I've just had the windows thrown open on subjects I've never really understood.

Robinson doesn't just introduce you to characters and plots; he introduces you to big ideas that you've not thought of before even if you've been thinking about those subjects your whole life. New York 2140 also shows the meticulous research that is a hallmark of Robinson's work. There is a wealth of learning about New York City's history in this book — and it comes just by way of small side steps in the narrative.

There are times when Robinson can trip over his own interest in his subject. His Science in the Capitol series was as rich in fascinating detail as all his books, but the plot never became as interesting as the bigger ideas. In general, though, I would recommend almost all of Kim Stanley Robinson's books to you.

In Robinson's work, you find someone who's fundamentally an optimist about our species, even if the futures we create have a lot to fear. Much more than science fiction, he is a poet laureate of people and planets and their possibilities.