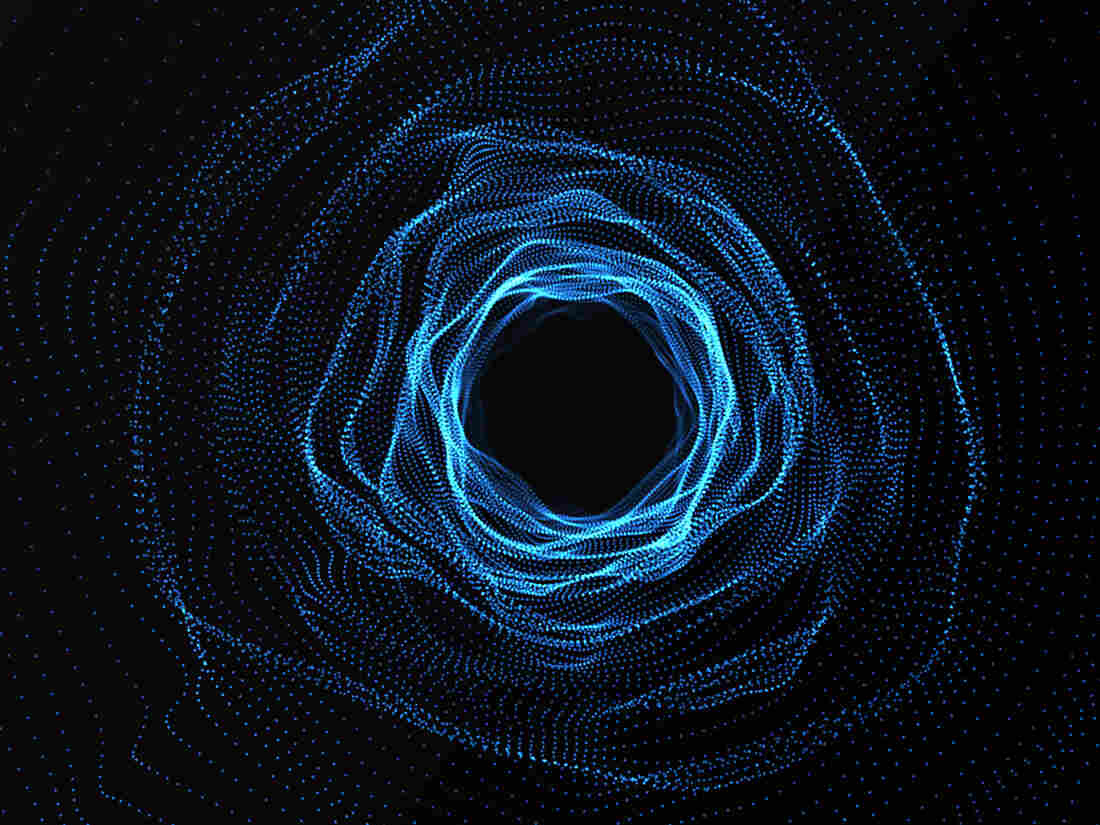 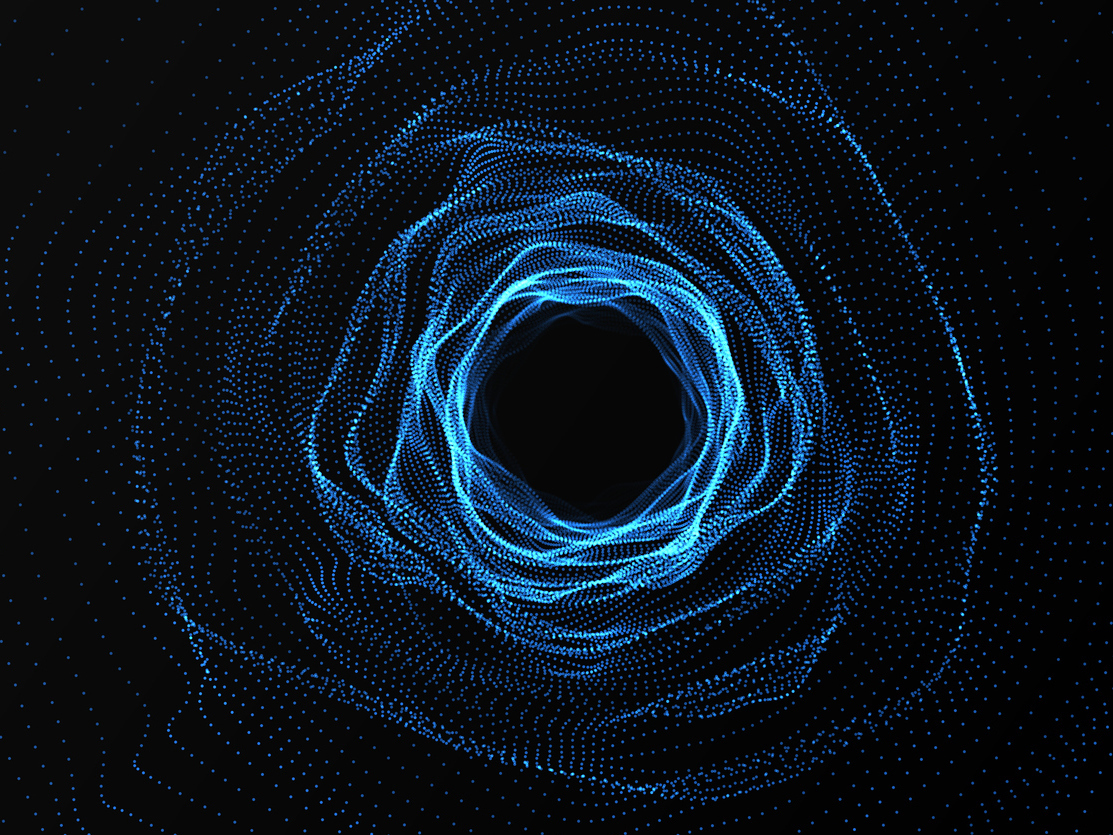 Certain pivotal events in history seem to open up a schism in time, separating what really happened from countless other "what ifs."

World War II, with its succession of controversial decisions, included many such pivotal moments, culminating in President Truman's order to launch atomic bombs on Japan. Physicists were sharply divided about that choice: Some such as Albert Einstein regretted the bomb's development — given that the Germans, as it turned out, had made little progress — and others, such as John Wheeler, one of its many developers in the Manhattan Project, argued that it should have been built and launched earlier to end the war sooner and save millions of lives. Wheeler's argument was personal; his younger brother Joe, a soldier in combat, had sent him a postcard with the plea "hurry up!" shortly before being killed.

Speculative fiction writers mined the ambiguities of World War II with great passion, producing such seminal works as The Garden of Forking Paths by Jorge Luis Borges (who wrote the piece near the start of the war, and set it in World War I), and The Man in the High Castle by Philip K. Dick (who created his bold vision of an alternative ending to WWII with Axis victors long after its real finale). Each author pondered time as a maze of ever-splitting paths, in which though we happen to find ourselves on one succession of strands, there are countless other choices that each have their own reality.

Such visions of temporal labyrinths were revolutionary at the time, given that the traditional novel offered a single linear chronology, from opening to climax and denouement. Indeed classical physics echoed such a uniform, single-stranded view of time, positing that the life of a particle was uniquely determined by its initial conditions and array of forces acting on it. Whether a character in a Victorian novel or a classical body subject to Newtonian dynamics, its fate was often predictable, given complete knowledge of the other players involved. The lesson seemed to be that while we might wonder "what if?," the trajectories of all things were truly as inevitable as the ticking of an eternal clock.

By pure coincidence, roughly the same time that Borges penned his innovative literary speculations about time being a labyrinth of possibilities, Richard Feynman, a young graduate of MIT, joined John Archibald Wheeler at Princeton in developing a revolutionary new vision of quantum mechanics. Their research together took place during the brief window of opportunity between the start of the war in Europe in Sept. 1939 and American involvement after the Pearl Harbor attack in Dec. 1941. Aiming to finding a quantum method for describing how electrons interact with each other through their mutual electromagnetic force, they posited the surprising outcome: a blend of all physically possible ways at once. Wheeler, with his pension for coining new expressions, dubbed it "sum over histories." While their joint project never came to fruition, Feynman dusted off the idea several years later in his Nobel-Prize-winning description of quantum electrodynamics.

Rather than delving into the technical details, sum-over-histories might be understood informally by considering how a mapping application calculates different possibilities for a journey: one route might involve freeways, for example, another more scenic byways, and a third way city streets. Normally, such an app offers the travel time for each of the alternatives separately. If, in contrast, it were programmed to take a sum-over-histories approach, it would weigh each route according to its likelihood, and offer a travel time prediction based upon a combination of the options.

Feynman, who disliked philosophical speculation, never referred such a blend as "parallel universes" or "alternative realities." Instead, he saw it as a kind of accounting scheme that treated the various alternatives as part of the essential haziness of quantum mechanics. The theory offered successful predictions, and that's what mattered in his view.

A later student of Wheeler, Hugh Everett III, who completed his Ph.D. at Princeton in 1957, would be far more fanciful and speculative in his own quantum vision. Everett addressed the question of what happens during the process of measuring the properties of a subatomic particle, such as an electron. According to the orthodox interpretation of quantum mechanics, as championed by Niels Bohr and others, it is the interaction with the observer and the observed, along with an element of chance, that decides what happens next. Einstein rebelled against that view, famously exclaiming that "God does not roll dice!" and jesting that if a human observer is required for quantum measurement, why not a mouse instead? Aware of Einstein's critique, Everett set out to find a superior interpretation that required no "dice-rolling" or human intervention.

Under Wheeler's guidance, Everett developed a novel way of looking at quantum mechanics that involved the bifurcation of the universe into separate branches each time a measurement occurred. Each branch would be identical, except for a different result of the measurement in question. The observer's personal timeline would split as well, with each copy believing that the outcome he or she recorded was the real one.

While Bohr was dismissive of Everett's hypothesis, another physicist Bryce DeWitt (the editor of the volume to which Everett and Wheeler submitted the paper) was intrigued. DeWitt was curious, however, how Everett justified the splitting of reality if nobody ever felt it. Everett replied that the anti-Copernicans said the same about the Earth moving around the sun; no one sensed that either. DeWitt was hooked, and spent much of his later years popularizing Everett's idea, which he dubbed "The Many Worlds Interpretation of Quantum Mechanics." The idea still has its strong adherents, notably physicists David Deutsch and Max Tegmark (who wrote a piece for 13.7 in October).

The concept of parallel universes and alternative histories, once confined to mere rumination about lost opportunities and speculative fictional scenarios is now a firm part of science — at least in the Feynman construction of sum-over-histories, and possibly in the Everett hypothesis that reality itself splits.

So the next time you bet your life's savings on a horse that lies down on the way to the finish line or on a lottery ticket that is just one digit off from the winning number, revel in all the alternative versions of yourself celebrating a more auspicious outcome.

Paul Halpern is an author and a professor of physics at the University of the Sciences in Philadelphia. His most recent book, The Quantum Labyrinth: How Richard Feynman and John Wheeler Revolutionized Time and Reality, was published in October. You can find him on Twitter at @phalpern.