Science Speed-Dating Aims To Boost Accuracy In TV And Film

Science Speed-Dating Aims To Boost Accuracy In TV And Film 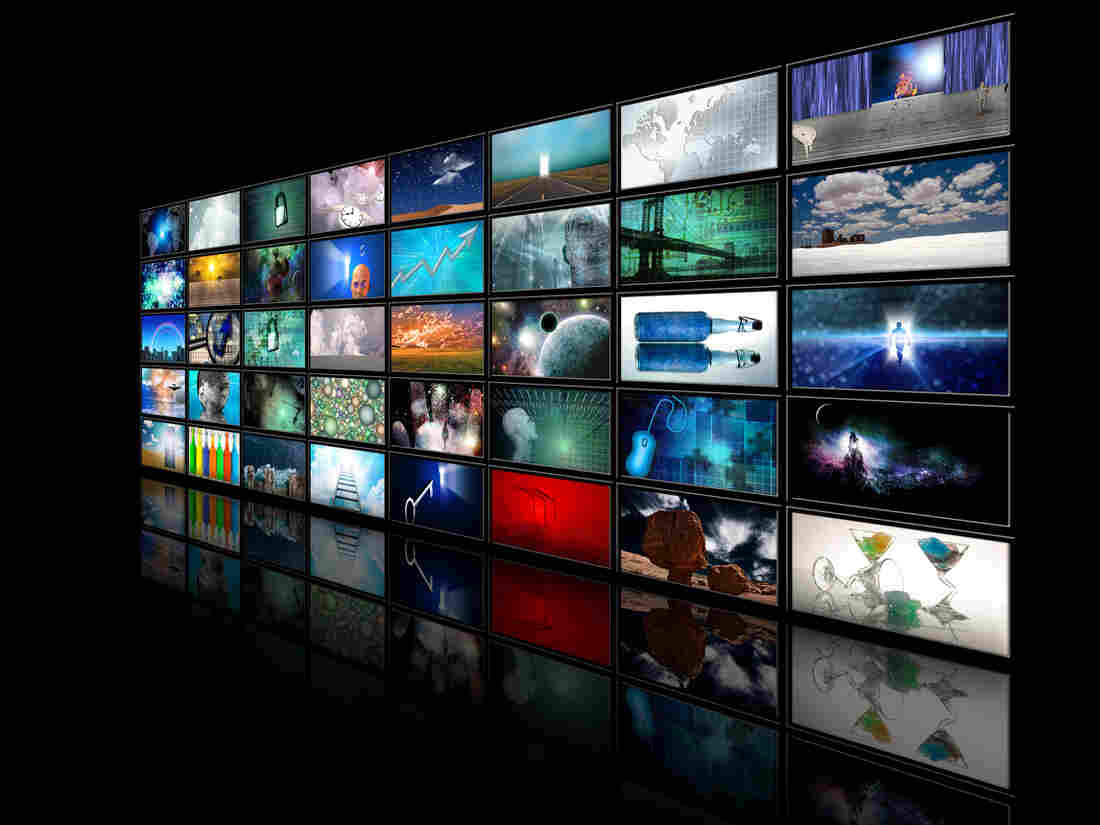 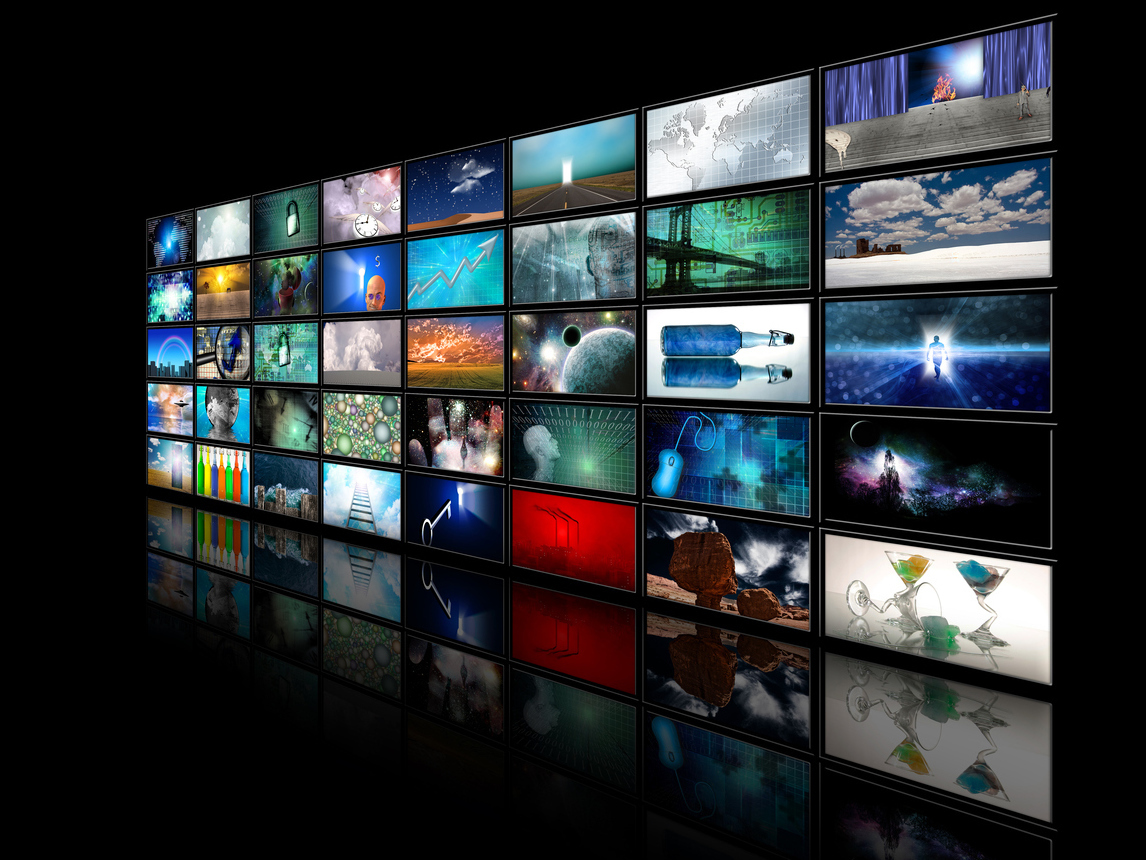 Have you ever walked out of a movie theater and said to your companion, "Wow, the science in that film was awesome?"

You might think, here, of Jodie Foster searching for extraterrestrial intelligence in the now-classic movie Contact. Or, more recently, Matt Damon sciencing his way out of trouble when stranded in The Martian, or the smart linguist-and-theoretical physicist team played by Amy Adams and Jeremy Renner working to communicate with heptapods in Arrival.

We can each probably name a favorite. (I'm pretty sure for my 13.7 colleague Adam Frank, it would be the TV show The Expanse.)

Can you come up with a stinker, too — a movie that got the science so wrong it was just laughable?

A project run by the National Academy of Sciences (NAS) called the Science & Entertainment Exchange aims to ensure that science stinkers become a thing of the past in films, TV shows, and video games. Last week, I participated, along with six other scientists, in a "science speed-dating" event put on by the Exchange that was meant to increase the accuracy of science representation on big and little screens.

We scientists had seven minutes to explain the basics of our research and did this seven times, moving quickly between the designated rooms where seven groups of people from the entertainment industry (plus some science-interested members of the public) waited. We were encouraged to bring a prop we could carry in our hands, but no Powerpoint slides or video clips were allowed.

The scientists invited that evening were synthetic biologist and astrobiologist Betul Kacar from Harvard University, theoretical physicist and climate scientist Kate Marvel from Columbia University, computational biologist and cancer researcher John Quackenbush from Dana-Farber Cancer Institute, volcanologist Diana Roman from the Carnegie Institution for Science, chemist Sharon Sikora who is an Albert Einstein Distinguished Educator Fellow, electrical engineer Emmanuel Taylor of Energetics Incorporated, and me, an anthropologist from the College of William and Mary.

In an email message to me after the event, Program Director Rick Loverd explained that since its founding in 2008, the Exchange has hosted about 250 events of various types, including about a dozen science speed dating gatherings:

"The Exchange has completed more than 2,100 consultations on feature films, TV shows and video games. The most common way for one of these consults to unfold is through a screenwriter, producer, director, studio executive, or actor calling our 844.NEED.SCI hotline. Any entertainment professional who calls that line with a question about Science, Engineering, or Medicine will be connected to a field expert for free."

That night, though, we weren't on the phone; we needed to engage audiences sitting a few feet away, in our little 420-second packages. I worked hard in my seven minutes to convey not only the basics of the capacities of animals to love and grieve, but also to tell a few stories about individual animals to bring the emotion and cognition of elephants, chimpanzees and, yes, fish alive for my listeners. Near the end, I ventured a little bit into ethics of how we as a society treat (and eat) animals.

The seven audiences were welcoming and attentive, often sending me off to the next room (as I caught my breath) with a cheer.

At the end, I joined the other participants and moderator Natalie Difford, a film producer, for a Q&A session about how science is, and could be, represented on the screen. Right at the start, Ann Merchant, deputy executive director of the communications office at NAS, made a crucial point to the audience, one that she repeated to me later in an email message:

"We pretty deliberately over-gift our audiences with more women and people of color to ensure that the picture of science we present to our writers, directors, and producers is not a genuine representation of science as it truly exists. We hope to help flip the statistics by showing the world what we want, not what we have."

What a superb message this is!

Merchant also selects the speed-dating participants. As she explained to me:

"I (quite literally) have a binder of scientists on my desk! And an amazing database of scientists and engineers who have previously worked with the National Academies of Sciences, Engineering, and Medicine that provides me with endless options. But I spend a lot of time out in the world watching, listening, meeting, and greeting. News stories and podcasts and word of mouth are also great ways for me to discover people."

I noticed just how much fun people — scientists and audience alike — were having, in part because of the rapid pace at which everything unfolds. Merchant put it this way:

"It's a veritable mixed up mash up smorgasbord of science — something for everyone! If earthquakes and volcanoes aren't your jam, just wait a minute (or seven) and you'll get to hear from someone who talks about animal grief. But the truth of it is that our audiences seem to love all the talks."

"By design, science speed dating is meant to be a joyous celebration of science and engineering. Over the course of about an hour, our guests learn at least seven interesting facts from seven leading experts in totally different STEM fields. We mean for it to be an ideal way to spark a new project idea for a writer in a single night."

A number of movies, including Thor, have benefited from scientific collaboration facilitated by the Exchange. But do science speed-dating events themselves ever result in tangible outcomes?

Loverd explained that it's not always possible to track outcomes because networking often happens at and after these events, off the program's radar. But he gave me one concrete example: A systems engineer from NASA's Jet Propulsion Laboratory ended up consulting on the TV show Agents of the S.H.I.E.L.D. after a speed-dating event.

Merchant also recounted a situation in which a television showrunner met an expert on aging during speed-dating:

"During their exchange, the showrunner had a 'eureka' moment and realized there were scientific facts about certain types of dementia that she could use as a metaphor for levels of consciousness in her character, as well as a unique transition into flashback sequences."

On a personal level, I came away with a hope or two for future collaboration, and hope to science speed date again in the future.

Meanwhile, have you got seven minutes to spare? I have a mini-speech about smart, feeling animals all ready to go!