Accessibility links
What If Life On Earth Didn't Start On Earth? : 13.7: Cosmos And Culture Oumuamua marks the first time humans have seen a visitor pass through our corner of the universe — renewing discussions of the origins of life, says astrophysicist Adam Frank.

What If Life On Earth Didn't Start On Earth?

What If Life On Earth Didn't Start On Earth? 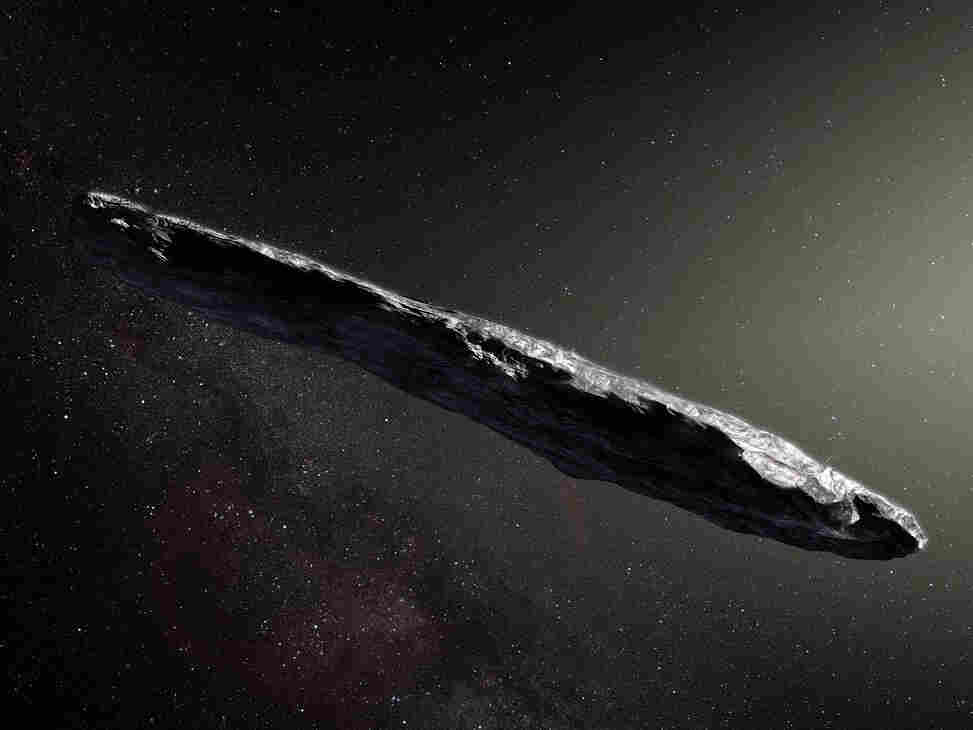 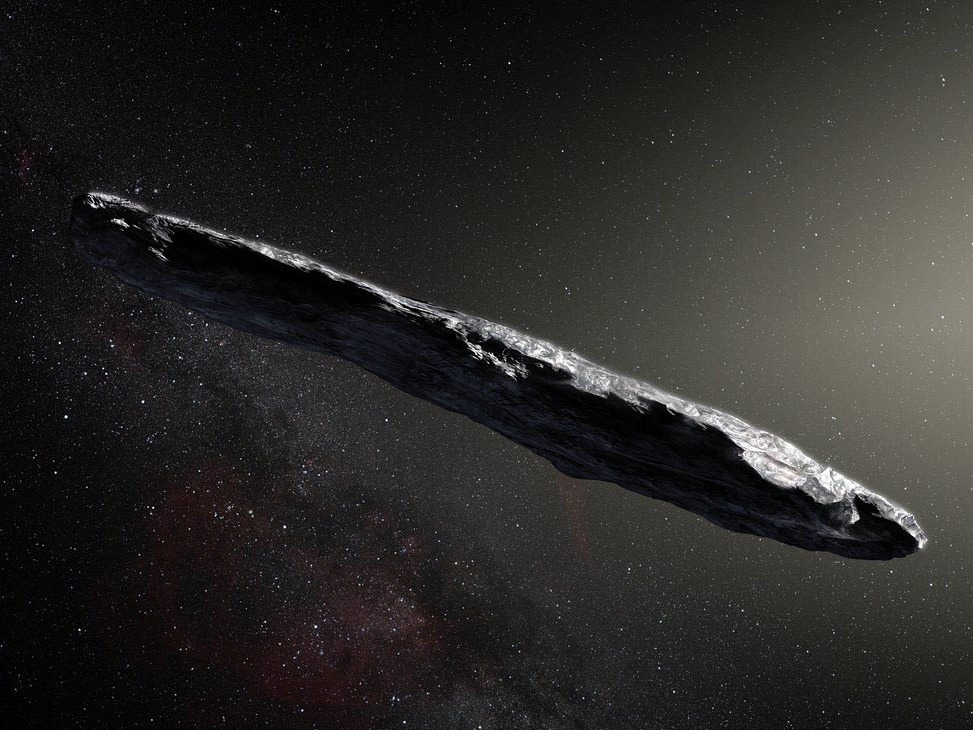 Half a billion years. That's how long the Earth existed as a barren world.

Half a billion years of hell before the planet's molten seas of liquid rock cooled to give the world a solid surface.

But what, exactly, was that beginning?

When scientists tell the story of life on Earth, they usually call on a theory known as abiogenisis. It's a narrative of life emerging from non-life. Through random chemical trial and error — and a lot of time — the raw materials of living cells are assembled like jiggling tinker-toys. Once nature hits on the right self-replicating combination of molecules, life takes off and the evolution of form and function begins. It's a story backed up by a lot of science.

But is that the only way to tell the story of life's origin on Earth? There is, in fact, another narrative about our planet's ascent to a full biosphere. Given the celestial events of the last few weeks, it's worth a moment's consideration. We have, after all, just been visited by a wanderer from the stars.

Earlier this month, astronomers announced the stunning discovery of Oumuamua, an alien asteroid. Diving in from above the plane of planetary orbits that define our solar system, Oumuamua's trajectory and speed tells us it must be a fragment of another solar system. Ejected from some distant star system, it's been tumbling through space for billions of years. Even its needle-like shape (inferred from reflected sunlight) is unlike anything we've found orbiting the sun. Oumuamua is, without doubt, of elsewhere. Though we've long thought fragments like it must exist, Oumuamua marks the first time we humans have ever seen a visitor pass through our little corner of the universe.

And that's where the other story of life on Earth begins.

Panspermia, is the name for the alternative to abiogenesis. The idea is simple: Life did not begin on Earth but was, instead, transported here from somewhere else in the universe. Like seedpods floating on the wind 'til they fall and take root, life on Earth is the child of a distant parent. In the panspermian view (or at least one version of it), an ancient life-bearing version of Oumuamua fell on Earth some three or four billion years ago. Hardy cells buried deep in the rock matrix of that alien asteroid were freed in the impact, seeding our world with its first microbes.

It is, without doubt, a mind-blowing idea. In fact there's a lot of science-fiction based on panspermia conceits. For example, if you add an intelligent species doing the seeding, you find panspermia as the core idea of Ridley Scott's Prometheus. You can also find echoes of it the popular series The Expanse.

Now, with the visit of Oumuamua, the science behind panspermia's science-fiction-y sounding premise gets a little kick upward on the plausibility scale.

But there is a basic problem with panspermia that's pretty simple, too. Sure, maybe life did start somewhere else and accidentally ended up here. But as an explanation for life itself, panspermia just kicks the can down the road (a road is measured in light-years). Even if Earth-life did not start on Earth, it had to start somewhere. That means — if you do accept panspermia's super-cool story of microbes hitching a ride on alien asteroids — scientists are still left with the same basic question. How did life start? How did non-life make the remarkable transformation to living form?

So, yes, it is really possible that life started somewhere else and ended up here on Earth. But the origin of life itself still remains the greatest question of all.