Accessibility links
A Scientific View Of The U.S. Investigation Into UFOs : 13.7: Cosmos And Culture Employing science's methodology is key — as it's the best antidote we have to the very human propensity to turn something we want to believe into a reality, says astrophysicist Marcelo Gleiser. 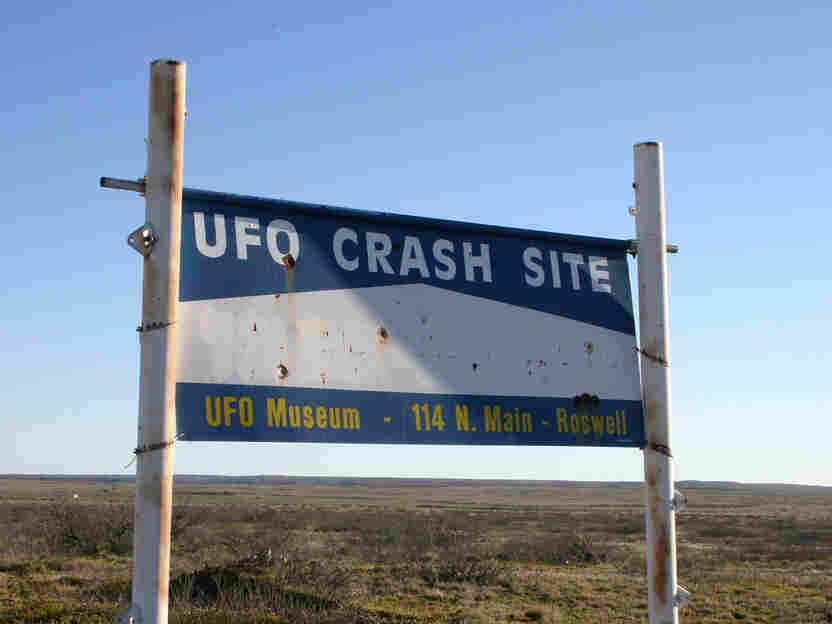 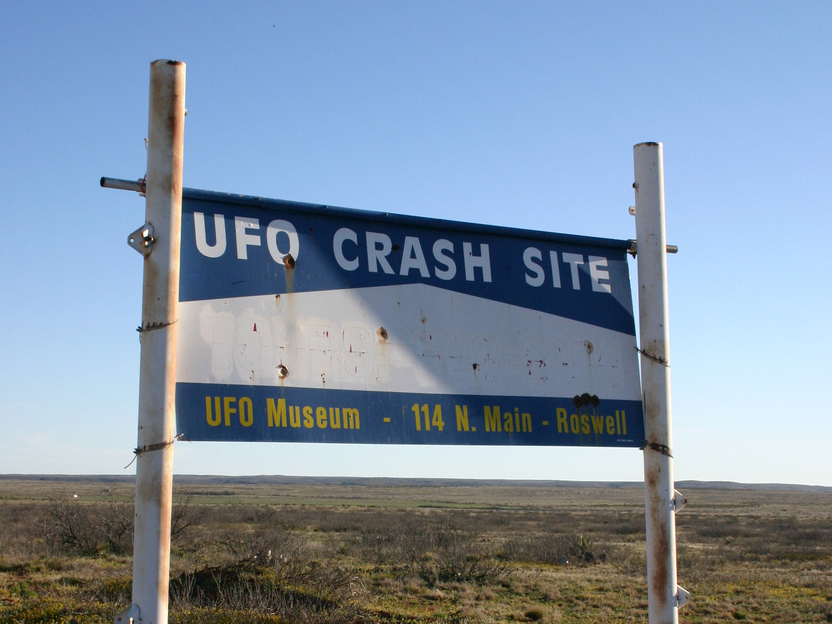 To close the door on 2017, the strangest year I can remember, there's nothing more appropriate than the revelation in December from the U.S. government that it, indeed, had an office dedicated to the investigation of UFO-related phenomena.

It's enough to make X-Files and conspiracy-theory fans rejoice.

Tucked in the fifth floor of the Pentagon, in a remote area known as C Ring, since 2007 the military intelligence officer Luis Elizondo headed the Advanced Aerospace Threat Identification Program. Although details of the program remain enshrouded in military secrecy, some of its projects have been made public by Elizondo and his associates.

Some $22 million was slated for the office, which officially closed its doors after funding ended in 2012 though, according to Elizondo, the effort continues. The funding was obtained at the request of Nevada's then-Sen. Harry Reid. Elizondo told The New York Times that he continued to meet with military and intelligence officers until his resignation this past October. Most of the funds went to billionaire entrepreneur Robert Bigelow, according to the Times report, who owns the Las Vegas-based aerospace company contracted by the Defense Department to analyze reports of sightings and even materials said to be of alien origin.

Among the reports studied were sightings of high-speed flying objects that showed no signs of a propulsion mechanism or others that were able to hover, as if by magic. A striking one is the video shot in 2004 near San Diego by two Navy F/A-18F jets showing an oval-shaped flying object the size of a conventional aircraft.

Reports of UFOs are not new, of course, starting with the famous Roswell incident of July 1947, where supposedly a "flying disk" crashed in the desert to much sensational news, including the capture of the dead (or living?) alien pilots that were then whisked to the equally mysterious Area 51, an Air Force base of shadowy reputation. You can watch a video of the whole incident from the Roswell Museum website. According to the official military version, though, it was simply a weather balloon.

That same year, the Air Force started a program to investigate what amounted to more than 12,000 sightings or reports of encounters with UFOs. Under the name Project Blue Book, the studies concluded that the majority of sightings were stars, clouds or conventional spy aircraft reflecting the sun or moon. Some 701 events remained unexplained by the program's end in 1969.

But then in 2007, the Advanced Aerospace Threat Identification Program launched, where officers analyzed metal alloys that supposedly came from unidentified flying craft, interviewed pilots that saw UFOs, and even examined people who claimed to have suffered symptoms from sighting or, more dramatically, from being kidnapped by aliens. According to the Times article, "A 2009 Pentagon briefing summary of the program prepared by its director at the time asserted that 'what was considered science fiction is now science fact,' and that the United States was incapable of defending itself against some of the technologies discovered."

Could fiction be more dramatic than this?

It is no wonder that the military and the general public are interested. After all, if, indeed, alien beings not only exist but came here to visit us, we better know their intentions, whether pacific or invasive. No kidding. But most people add another dimension to the whole question: We want to know if we are alone in the galaxy or if we have company out there, something we've discussed here. Either option would be deeply transforming for society as a whole.

Scientists would also love to know. The possibility of extraterrestrial life is one of the central questions of our time, one that we are closer than ever to answering, given our progress in discovering potentially habitable exoplanets. However, precisely due to its importance, we must have great care as we analyze videos or narratives of supposed encounters with extraterrestrial spacecraft. After all, it is easy to let our desire to believe in something cloud our judgment. As fans of the X-Files remember, the poster on agent Fox Mulder's office said, under a photo of a flying saucer, "I Want to Believe."

That's why people must see scientists not as boring people who want to destroy their dreams with rational arguments, but as people who really want to know the truth without being fooled by a deeply ingrained belief. Science's methodology, although not perfect, is the best antidote we have to a very human propensity: to turn something we want to believe in into a reality.

The fact is that, up to now, we have no convincing evidence whatsoever that ETs have been here, piloting their superadvanced spacecraft. To the many biochemical barriers for life to take hold on a planet and to persist until it might become intelligent to the point of developing technologies capable of interstellar travel, we must add the improbable fact that they found us and decided to come all the way here. Given the possible explanations for the sightings — from atmospheric and cosmic phenomena to an ordinary aircraft or a secret one reflecting sunlight at odd angles — the best are surely not alien spacecraft.

This rational argument doesn't take away from the fascination we all have with UFOs. We must keep looking and taking reports seriously. After all — if we don't look, we won't find. However, we want to be sure that what we see is real, and not the fruit of our will to believe.