Accessibility links
Star Treknology: Imagining The Future Into Being : 13.7: Cosmos And Culture From its first appearance, Star Trek has always been hopeful about the relationship between society and technology. Ethan Siegel doesn't lose sight of this in his book, Treknology, says Adam Frank. 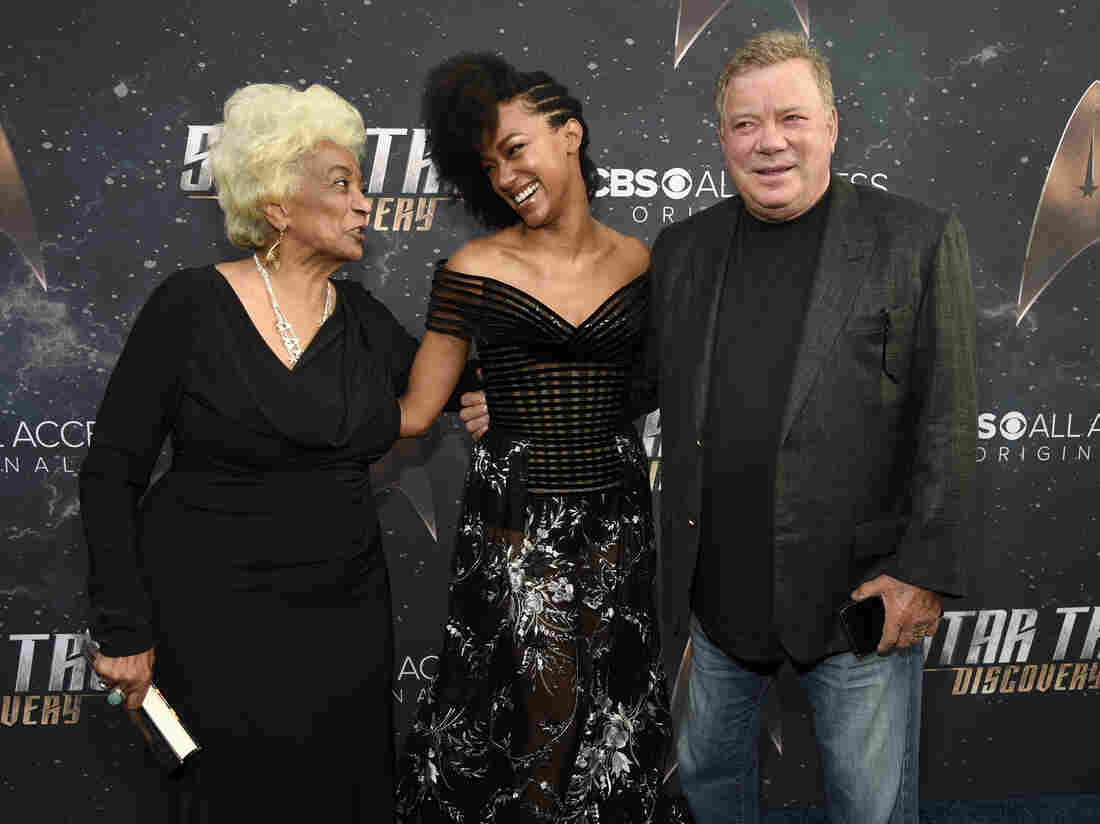 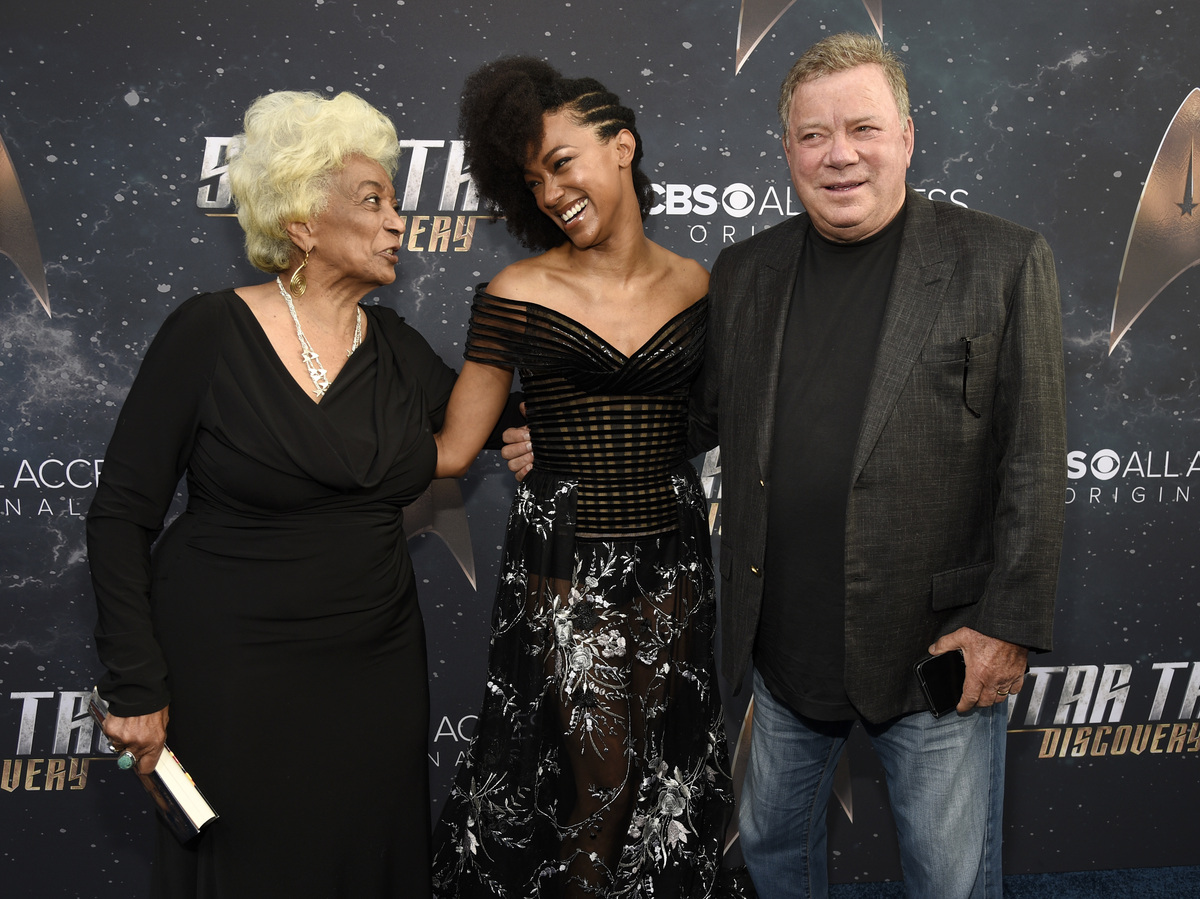 We live in a unique moment of human history where the tools our parents used are not the ones we take in hand.

The pace of technological (and hence societal) change is so fast now, compared with a few centuries ago, that we've developed an entire branch of storytelling dedicated to imagining where those changes are headed. It's called science fiction and — whether you like its forms or not — it has already changed your life.

If you don't believe me, reflect for a minute on those once ubiquitous flip-phones. These early-generation cell-phones were directly inspired by that paragon of science-fiction Star Trek. From "communicators" to "warp drives" to "transporters", Star Trek laid out a future that continues to inspire scientists and engineers. But given just a 30-year distance between Captain Kirk and his "communicator" and you and your flip-phone, how realistic is the rest of Star Trek's vision of future technology? 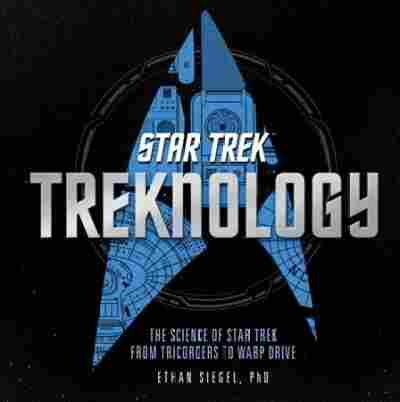 The Science of Star Trek from Tricorders to Warp Drive

That's the question astrophysicist Ethan Siegel takes on with his delightful new book Star Trek Treknology. Siegel is an accomplished writer and explainer of complex science. But what makes Treknology different from other "The Science of..." books is his own delight in the subject.

There is a lot of Star Trek history in this book. That means Siegel has the show's entire fictional timeline at his disposal (strung across many different TV series and movies). It's knowledge he puts to good use by giving us the story of the internal advance of Star Trek's tech.

When was the warp drive first invented? How fast could Kirk's Enterprise go compared with Picard's almost a century years later? By filling out the fictional universe so completely — and with such enthusiasm — Siegel provides the perfect set-up for diving into the very real science we'd need to built Star Trek tech.

Siegel's discussion of warp drive is a good example of the strengths of his approach. After giving the Trekian timeline, Siegel provides a short and excellent account of why the velocity of light is a cosmic speed limit and how "bending" space a'la Einstein's general relativity might provide a work-around. I particularly enjoyed the discussion of how physicist Miguel Alcubierre reverse-engineered a solution to Einstein's equations for making a space-time "bubble" warp drive (the book comes complete with a nifty diagram). Of course, making something like this would require acquiring some "negative mass," which no one knows how to make.

And how about that most Star Trek of Star Trek transport modalities — the transporter? Siegel manages to be both concise and complete in his discussion of the various ways a transporter might work. Do you actually move all the atoms of your body from one place to another? Or do you just transport the information about those atoms and then rebuild the body? These questions allow Siegel to unpack some basics of quantum physics, like the Heisenberg Uncertainty Principle. From there, he opens discussions of information and quantum computing with questions like: How can you map the atoms in your body for transport when you can't know exactly where they are leading? All of these ideas are laid out at just the right level for a light-hearted science book about science fiction.

Treknology is pretty complete. It has a section on weapons and defense (deflector shields, phasers), a section on computing (the holodeck, androids) and a section on medicine and biology (recorders, cybernetics). There is a lot more, too, and each chapter in each section is richly illustrated with images from the shows and well-composed scientific diagrams. That means a lot of eye-candy here for both Trek and science fans.

What matters most, though, is that through all of the great explanations and Trek future-history, Siegel never loses track of why any of this matters. From its first appearance, Star Trek has always been hopeful about the relationship between society and technology.

"Our desire to push the boundaries of what we're capable of knowing, inventing and accomplishing is placed front and center in Star Trek," Siegel writes, "right alongside the importance of remaining true to the very things that make us human."

It's that spirit that always made Star Trek worth paying attention to in terms of how the show imagined the future. It's also what makes this book so much fun to spend time with.