Accessibility links
Cat Lovers: Is Your Cat Right- Or Left-Pawed? : 13.7: Cosmos And Culture Do you know which paw your cat uses first when coming down the stairs? Anthropologist and cat lover Barbara J. King discusses with researchers why a new finding of paw preference matters for our pets.

Cat Lovers, Is Your Cat Right- Or Left-Pawed?

Cat Lovers, Is Your Cat Right- Or Left-Pawed? 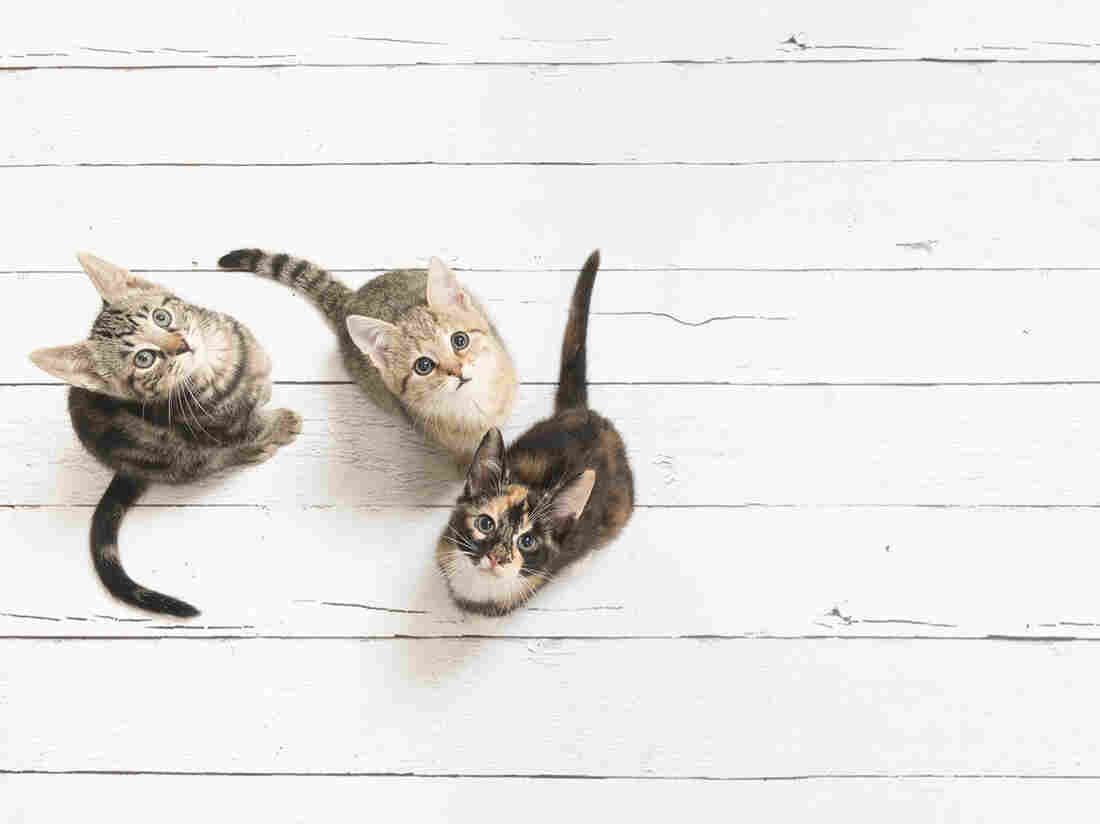 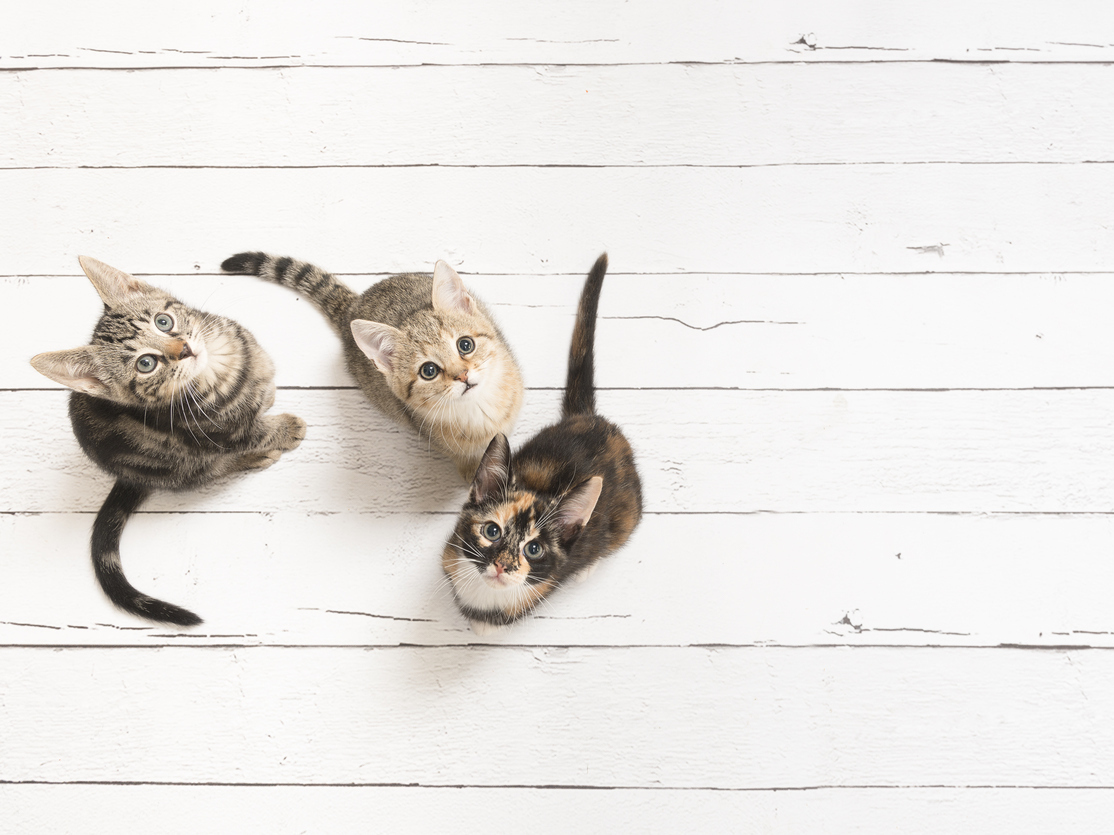 You know your cats' cute habits, their distinct personalities and their likes and dislikes for food, play and affection.

But could you say whether your cats are right-pawed or left-pawed? That is, have you noticed which paw they use first to step over a raised object or to step down the stairs?

According to a new study published in the January issue of Animal Behaviour, cats show a version of handedness, the lateral bias that means 90 percent of us humans prefer using our right hand for tasks.

In the case of cats, or at least of the 44 cats in the study — which was conducted by Louise J. McDowell, Deborah L. Wells and Peter G. Hepper of the Animal Behaviour Centre in the psychology department at Queen's University in Belfast — there's individual preference for using one paw over the other. Unlike in humans, though, there's no overall population preference akin to our species' strong right-handed preference.

The coolest thing about the study is that all the cats — 24 male, 20 female, all neutered, of mixed breeds, and between the ages of 1 and 17 years — were tested in their own homes in order to minimize the animals' stress. In one part of the study, owners were asked to report information based on the cats' spontaneous behaviors as they went about their routine lives. Did the cats use the left or right paw first as they stepped down an indoor set of stairs? How about when they stepped into their litter tray? Owners collected data on these questions and on whether the cat preferred to sleep or rest on the left or right side of the body, each day until 50 responses were reached per question.

In addition, the cats participated in what's called a "forced" (as opposed to spontaneous) test, in which they had to reach for food inside a three-tier experimental apparatus. This task was also done at home using a type of feeding tower where food is accessed through holes.

"The majority of cats in the present study showed a lateral bias on the measures involving paw use, i.e. food reaching (73%), step down (70%) and step over (66%). Those with a preference, however, did not differ significantly in their tendency towards left or right handedness. The spontaneous behavior of lying side, the only measure that did not concentrate on paw use, was not found to be lateralized."

Male cats, the researchers discovered, were significantly more likely to use their left paws, and females their right.

Last week, I asked article co-author and Animal Behaviour Centre Director Deborah Wells by email what she makes of that sex difference. Could there be an evolutionary explanation for it?

Wells first noted the researchers' surprise at the male-versus-female difference, given that all of the animals were neutered. She continued:

"Further work is needed to investigate this, but the strong sex effects reported here, and elsewhere, both on experimental challenges and expressions of spontaneous behaviour, and using both castrated and de-sexed populations, point more and more strongly to underlying differences in the neural architecture of male and female animals."

And why should this laterality research matter to "cat people"? Wells said via email:

"Beyond mere curiosity, there may be value to knowing the motor preference of one's pet. There is some suggestion that limb preference might be a useful indicator of vulnerability to stress. Ambilateral animals [with no preference for one side or the other], and those that are more inclined to left-limb dominance, for example, seem more flighty and susceptible to poor welfare than those who lean more heavily towards right limb use.

We have just discovered that left-limbed dogs, for example, are more 'pessimistic' in their outlook than right-limbed dogs. From a pet owner's perspective, it might be useful to know if an animal is left- or right-limb dominant, as it may help them gauge how vulnerable that individual is to stressful situations, e.g. captive housing, trips to the vet, fireworks, etc."

At that point, with a houseful of cats of my own to care for, I wanted to know more. What could possibly explain a connection between favoring one's left side — or neither side — and extra stress? Wells explained further:

"Limb preference is associated with greater activity of the contralateral motor cortex. The observation of a preferred limb or paw can therefore be considered an indication of brain laterality.

Left-limbed animals, which tend to be right-hemisphere dominant, show stronger fear responses than right-limbed animals, which tend to be left-hemisphere dominant. Left-sided biases of aggression, reactivity to fear-inducing stimuli and vigilance behavior have also been noted in numerous species. Animals that are ambilateral tend to show poorer processing between the two hemispheres, which, in turn, can augment stress reactions.

So, by knowing whether an animal shows left/right limb preference (or is ambilateral) we can understand a bit more about which side of its brain it is relying on, and hence its vulnerability to stress."

Many species ranging from apes and whales to dogs and horses show some version of lateral bias as they go about their daily behaviors. As Wells noted, we don't have all the answers yet about what handedness — or in some cases pawedness! — means in terms of the overall dynamic functioning of the brain and body, but intriguing clues exist.

For the moment, I'm headed off to watch my cats more closely than I ever have before.