Accessibility links
Welcome To The Age Of Digital Transcendence : 13.7: Cosmos And Culture Smartphones have become an extension of the owner; it is the closest we've ever become to being omnipresent and omniscient and — in a metaphorical sense, at least — divine, says Marcelo Gleiser. 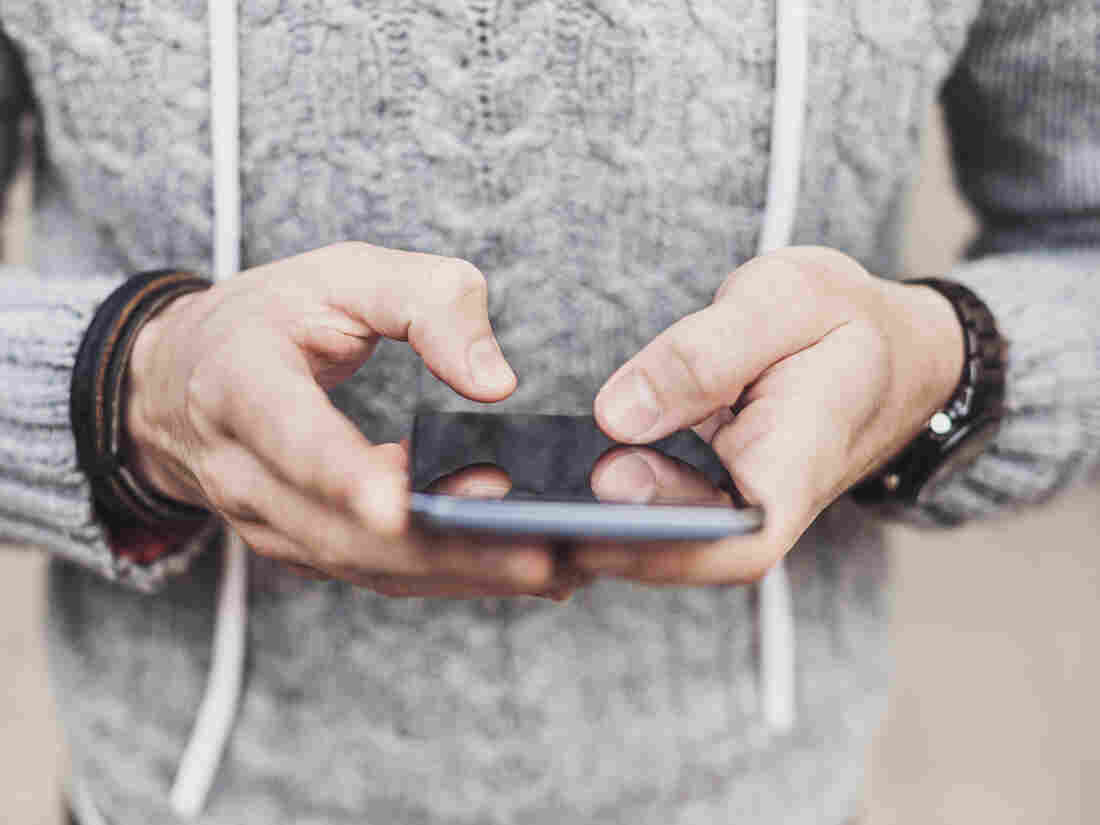 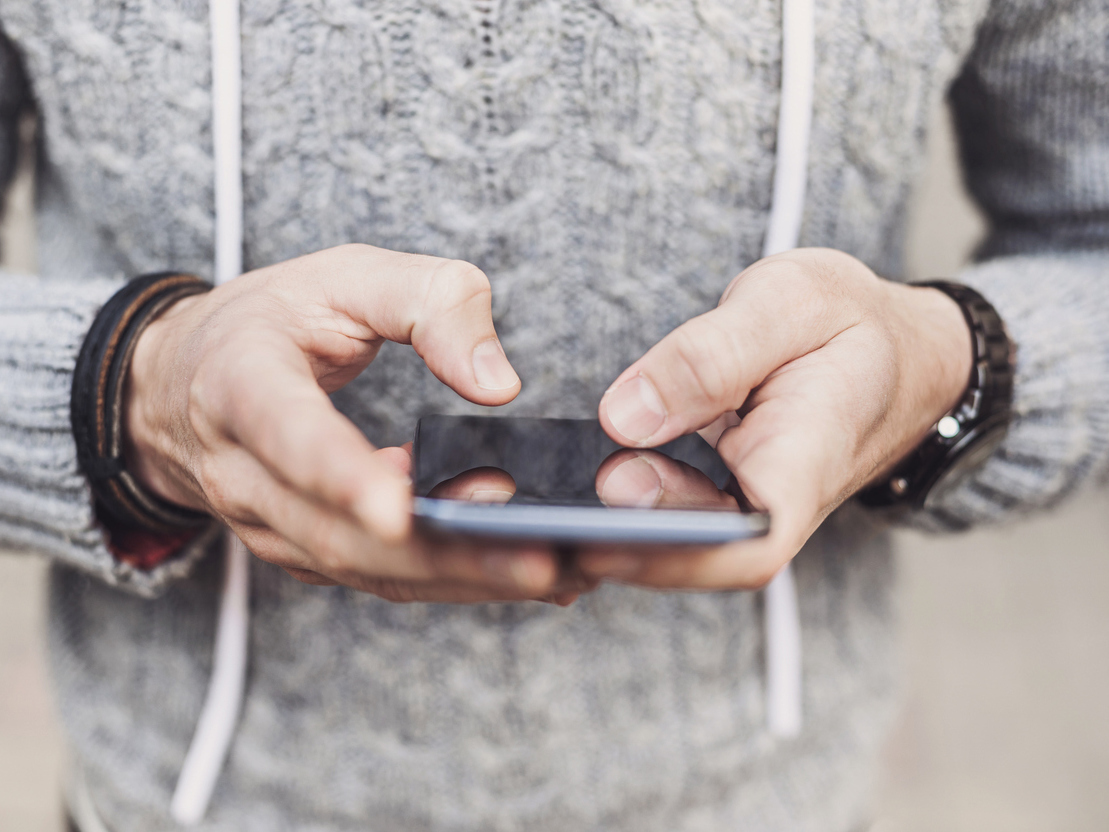 I'm old enough to have grown up in a household with a single rotary telephone.

I imagine that most children would not know what to do with one today. Conversely, my grandparents, if I could bring them back to life, would have had no idea of what to do with a smartphone.

Technology changes the way we live — and it also changes us.

Sticking with the telephone as an illustration, something quite remarkable has happened in the past 40 years, the approximate timespan between the rotary and the smartphone. The old machines belonged to the household. The family had one number. Very rarely, you'd have families with more than one. If someone was using the phone, you had to wait for your turn. The line was busy.

Smartphones, on the other hand, are personal. The phone is yours. They belong to you. People don't share their smartphones. They don't even like people to look at their phones, let alone use them.

The simple answer is that a smartphone is not merely a device you use to communicate with others and to connect to the internet. A smartphone is a digital extension of you. It is, in a very real sense, a part of you.

Go to a meeting at work or with a group of friends and compare smartphones. (If people will let you come near their phones, that is.) Forget the different models; these depend on many factors, as when people choose their cars and colors. Focus, instead, on the apps. Sure, there will be an overlap of a few key ones. Internet browsers, mail, alarm, camera. But each phone will have a unique collection of apps.

This individual collection of apps is a kind of digital fingerprint of the phone's owner. Although we could conceive that, statistically, there could be two or more smartphones with identical sets of apps, I imagine the odds would be very low, even among people with similar cultural backgrounds, or even in the same family.

That's why, as I wrote above, a smartphone is an extension of you. Through its apps, it allows you to be more you. It amplifies your sense of self, your individual reach out to the world. It extends your presence well beyond your physical body, allowing you to be, virtually, anywhere in the world, participating in conversations with people from different cities, countries, political parties or religious faiths.

No wonder smartphones are so seductive. Being without one, as in when you forget yours at home or when it's broken, is like being put in a kind of digital solitary confinement. You are cutoff from a part of you and from the rest of the world.

Welcome to the Age of Digital Transcendence.

We are here now, and there is no going back. You may try to monitor your smartphone usage, and even dare to turn it off once in a while. But you won't put it away, or refuse to use it for long (days) periods of time, unless you make it a challenge or a self-(re)discovery pilgrimage, as when people go into week-long silent meditation retreats.

The seductive power of smartphones should be clear then. They allow us to expand our presence in the world, to broaden our social and cultural horizons. With social media added, they allow us to expand our tribal allegiances, being in touch with people far removed. More dramatically, they allow our lives to be encoded into the digital ether and downloaded anywhere on Earth by whomever so wishes. They allow us to be admired, even worshipped by others. Or hated and envied. Digital transcendence and narcissism are closely linked.

I don't imagine many of us were prepared for this. The good of it, the connection with those we love, the sharing of meaningful events and information, is undeniable. But there are serious pitfalls as well. How can one avoid digital narcissism? All those personal photos shared among thousands of Facebook followers; all those silly details of our personal lives, now encoded into the cloud for people to enjoy. The time invested in taking the photos, editing and uploading them, it all seems like a ritual of the self, millions of cries for attention — some more desperate than others.

Time is so fleeting, we want our lives to be memorialized. If we only die when we are forgotten, in the digital cloud we can live forever.

It is no wonder why some politicians are loving this. Immediate, uncensored, direct contact with their constituencies, with their tribes, a disembodied voice that comes to you, for you. Of course, many that don't really want to take part in this self-fest feel compelled to do so, lest they be forgotten and become outcasts.

We could call this digital peer pressure: Join or lose.

As with most transformative technologies, there is no going back. And there shouldn't be. Smartphones and the digital media are an expansion of who we are and, as such, they amplify the good and bad in all of us, encoding our very human traits in the digital ether.

I just hope that all this self-fest won't create a sort of social apathy, where people start to get bored with each other and end up losing interest in communicating and exchanging information. It's hard to believe this would happen though: The unspoken alliance between the market forces pushing the digital transcendence revolution and our appetite for the beautiful, the unusual, and the violent, should keep most of us floating in the cloud virtually forever, trying to make sense of who we are.