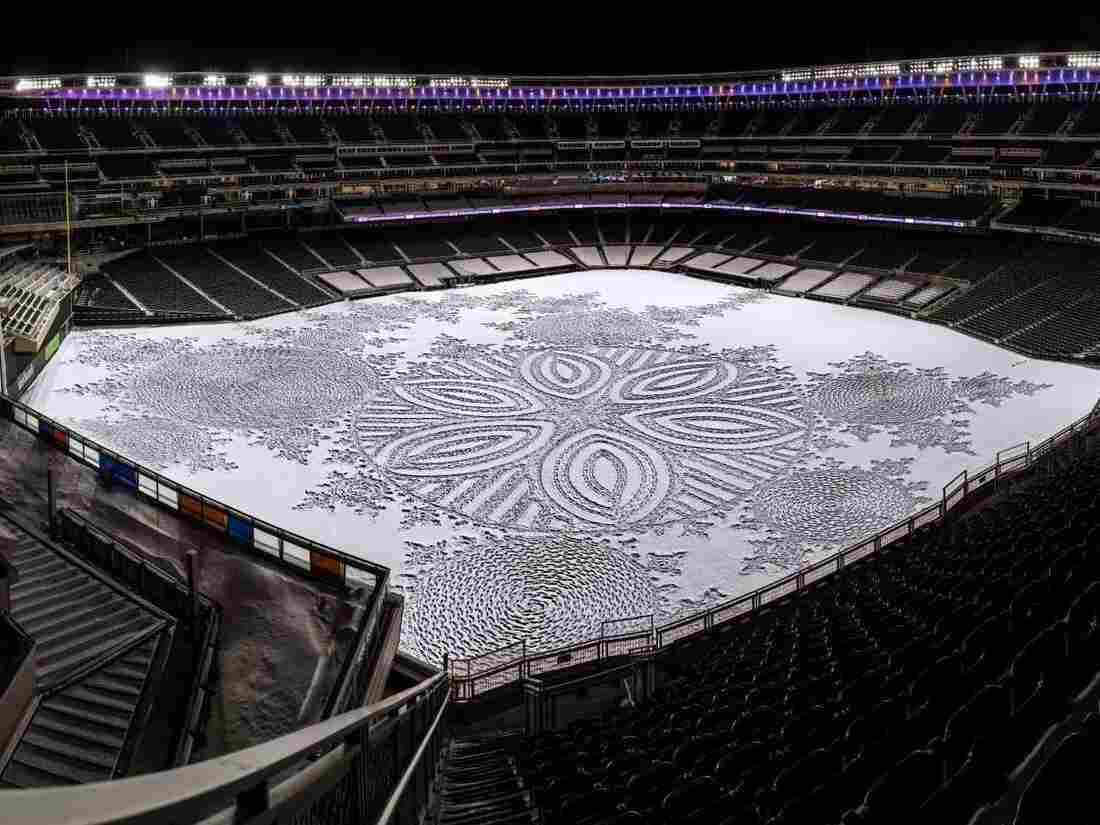 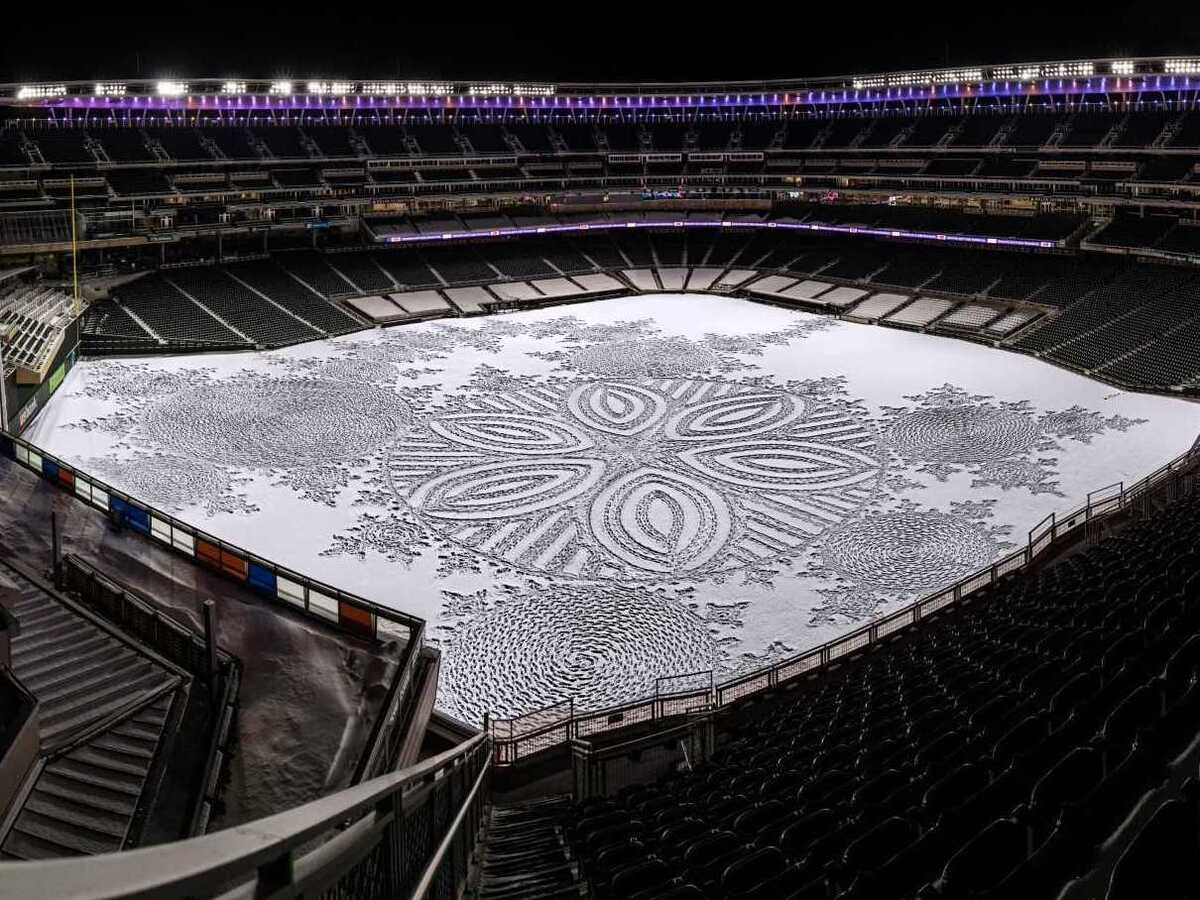 Much of the U.S. remains firmly in the grip of winter, even as the sports-enthused world prepares to cheer on athletes in snow-and-ice-centered events at the Winter Olympics.

The Olympics open Friday in Pyeongchang, South Korea, where it is unusually cold right now.

It's a perfect moment to share the striking snow artistry of Simon Beck.

Beck creates large-scale, beautiful images in the snow using only his snowshoe-clad feet — and his sense of scale and proportion. What he does is a kind of mapping that's translated from memory to landscape. It's as though he brings together mathematics and art as he tramps through the white stuff.

Most often, Beck works in the Alps. But as Minnesota Public Radio reported last week, he carried out his most recent project here in the U.S. in partnership with the Great Northern Festival, held annually in Minneapolis and St. Paul.

The intricacy of Beck's art-making process at Target Field baseball stadium — home of the Minnesota Twins — and the finished product come across best from an aerial perspective:

I first wrote about Beck here in 2013, and you can see more of his snow art by viewing a short video from 2015 showcasing his project in Canada's Banff National Park. In the Banff video, notice, in particular, the snow-art wolf — very cool!

In becoming celebrations of the snow, Beck's creations may help those of us who prefer warmer seasons to appreciate the winter, instead of only longing for spring.

A previous version of this post incorrectly referred to the Minnesota Twins as the Minneapolis Twins.