Accessibility links
Life Hacking Life: The Scary Premise Of Alex Garland's Film 'Annihilation' : 13.7: Cosmos And Culture As with Ex Machina, says Marcelo Gleiser, director Alex Garland is sending a warning: We are now hacking life itself and will continue to do so with growing efficiency. Are we creating our own doom? 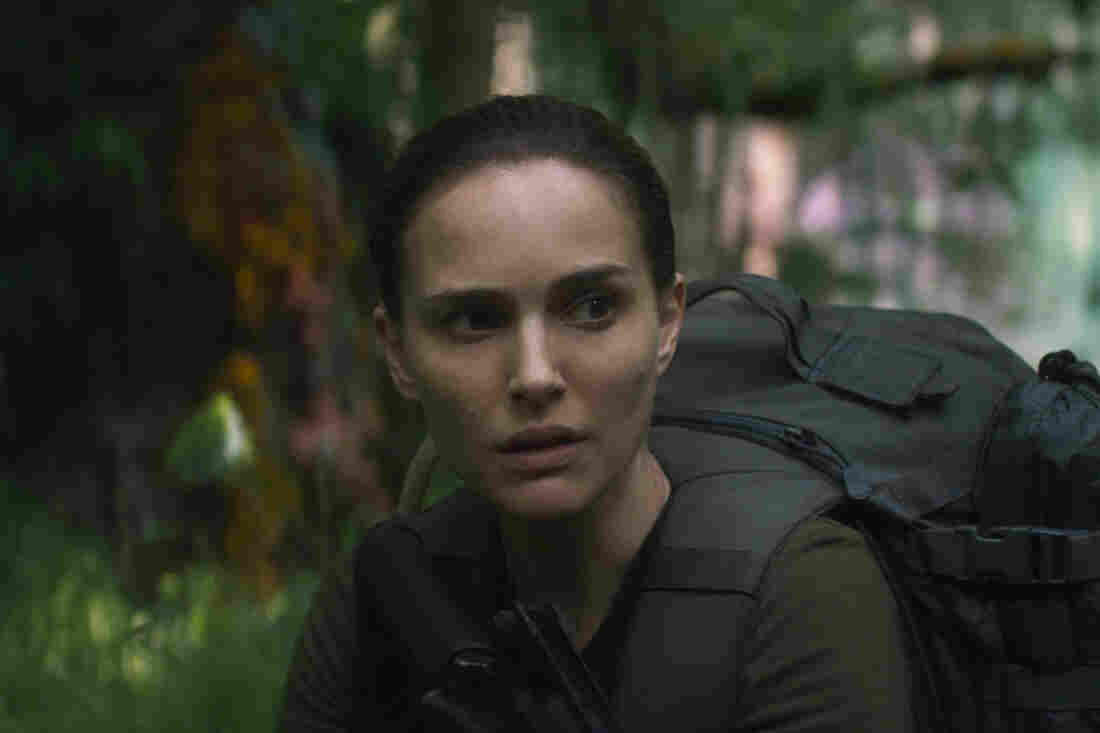 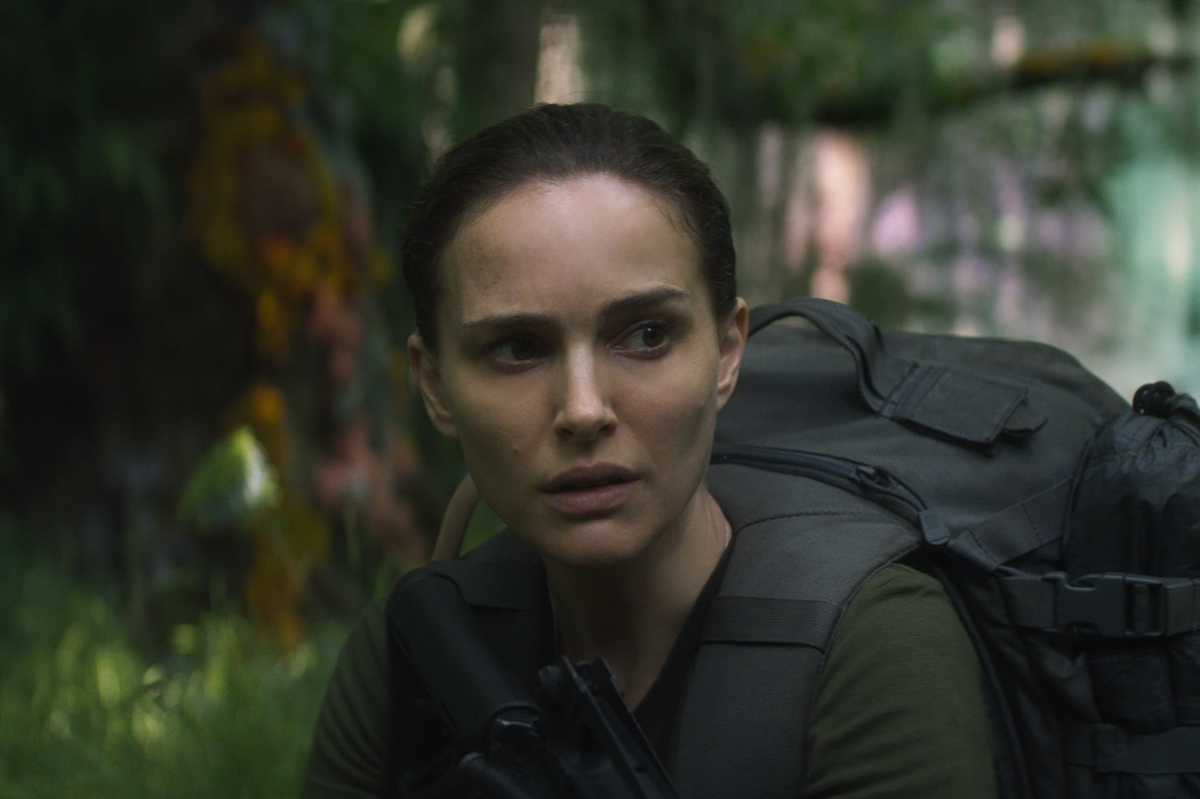 Natalie Portman plays Lena in Alex Garland's Annihilation, a fantasy sci-fi drama based on the novel by Jeff VanderMeer.

"Hauntingly beautiful." "Terrifying and seductive." "A bit too crazy for me."

These are some viewer reactions after watching Alex Garland's Annihilation, a fantasy sci-fi drama that leaves you in a weird state for days.

Garland's previous movie, the amazing Ex Machina (reviewed here in May 2015), explores the notion that artificial-intelligence machines will quickly surpass our human intellectual abilities and learn to control us by exploiting our weak spots. In the movie's case, the weak spot was our need to love and be loved. The message of Ex Machina is clear: If we hack intelligence, we may be our own victims.

Spoiler alert: If you haven't watched Annihilation, you may want to wait to read this after you do. 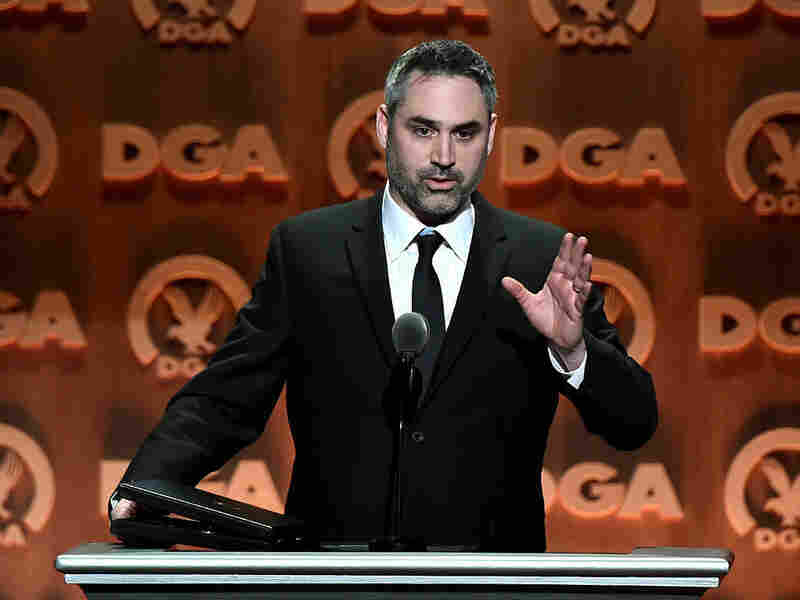 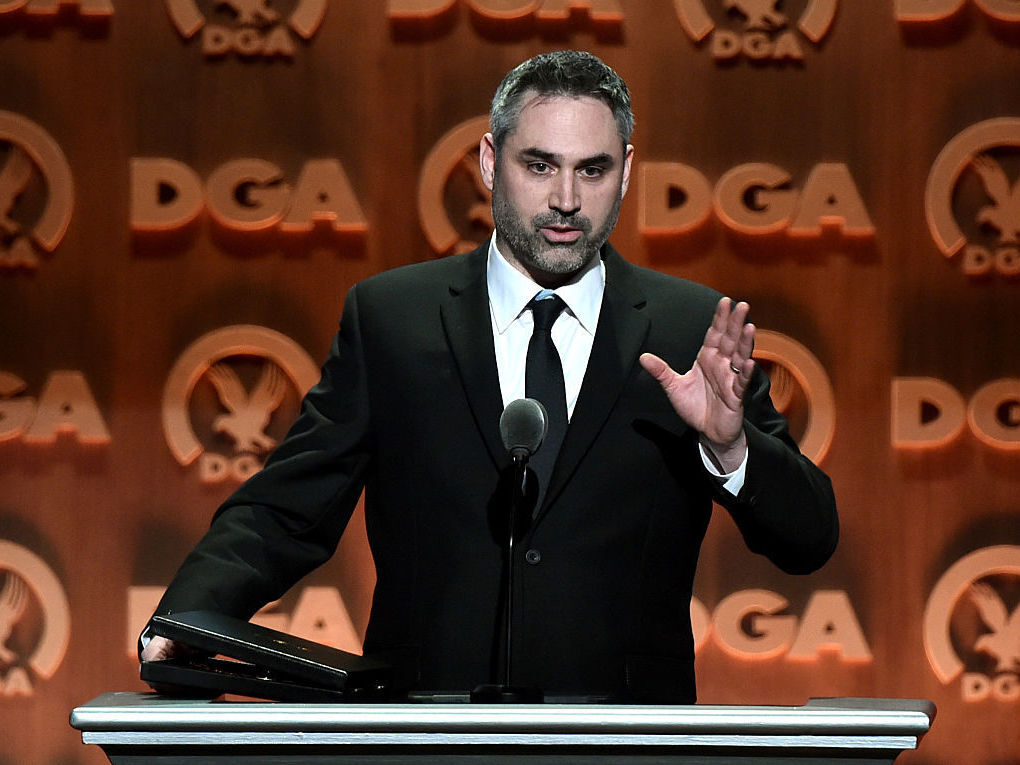 Director Alex Garland accepts the award for Outstanding Directorial Achievement of a First-Time Feature Film Director for Ex Machina at the 68th Annual Directors Guild Of America Awards at the Hyatt Regency Century Plaza on Feb. 6, 2016, in Los Angeles.

Garland's new movie, based on the novel by Jeff VanderMeer, explores a different kind of hacking, life itself. The movie opens with a small meteorite falling on a lighthouse somewhere on the East coast of the U.S. At this point already, we can spot something different about this meteorite; usually, even a small meteorite (say, bigger than a watermelon) would cause some level of destruction at impact. Not this one. Instead of a typical explosion, it creates a strange sort of light distortion. We then get to know Lena (played by the always-excellent Natalie Portman), a professor of cell biology at Johns Hopkins and ex-military. Lena first appears lecturing her students on pathological cell division, typical of cancerous tumors. We watch the cells dividing, the very stuff of life: But here, under a perverse spell, life that kills life.

Annihilation's main theme is that life, earthly or alien, has no special purpose — apart from staying alive. It has no morals, it makes no choices based on a predetermined plan. (The fancy word is teleology.) What it does, and Garland makes it all look very beautiful, is to find ways to reproduce itself, with an apparent urge that fools us into thinking that there is some sort of ultimate purpose to it.

Watching videos of cells reproducing, it's hard not to ask: "Why are they doing this? What force is compelling them to do this?" Humans are programmed to search for reasons, as if everything that happens must have one. But, painful as it is for us to admit it, life has no final purpose. Its business is its perpetuation. What confuses us is that of all forms of life that we know, we are the only ones capable of understanding what "reason" and "purpose" mean.

The human predicament is to be an animal endowed with the ability to ask questions, many of which we can't answer.

Lena's husband was also military, a special ops sergeant that was taken as dead for a year, leaving Lena sunk into a heartbreaking melancholy. We find out that he volunteered to go into the "Shimmer," the strange curtain of rainbow-like light that envelopes the area where the meteorite hit. Many missions were sent into the Shimmer and none came back with answers. Lena is tricked into joining a women-only mission, headed by Dr. Ventress (Jennifer Jason Leigh), a psychologist who's dying of cancer. Apparently, all the women that joined the mission had nothing to lose. Given the failure of all past ventures into the Shimmer, the expectations of success were very low. Even not wanting to admit it, they all knew it was a suicide mission.

In the Shimmer, life takes a very different dimension. With striking visual beauty, we see weird kinds of living things, flowers that come from the same stem but look as if they were from different species, mutated animals that can be of mythical beauty and absolutely terrifying (that bear gave me nightmares), a kaleidoscopic mixing of earthly life in alien-like combinations.

The physicist in the group, Josie Radek (Tessa Thompson), figures it out: We are used to seeing light refracted, when it passes from one medium to another, like from air into water. But in the Shimmer, life is also refracted — as if DNA itself could be scrambled as it moves within the Shimmer. What we see, then, is life hacking life, but without the purpose of the hacker. It happens simply because the Shimmer creates the possibility for it to happen. The results are awe-inspiring: plants that grow in the shape of humans; humans that morph into plants, a mix that illustrates the ultimate unity of life in all its forms.

As Lena approaches the lighthouse, the epicenter of DNA refracting, we see something terrifying. Growing in sophistication, the alien seeds that started the whole process hack into human shapes and begin to copy people: effectively, life cloning life. As Lena says when asked whether the alien life forms communicated with her: "It reacted to me." It copied her movements, learning to become another Lena.

What about consciousness? Are these self-made clones capable of becoming true copies of a human, that is, of having their memories and personalities? Here the movie is a bit vague, although it does give us a small clue. At the end, when Lena encounters her husband's clone, he calls her by her name. As they embrace, we see nonhuman eyes in both of them, the sign that the alien life has triumphed and survived outside the Shimmer with the purpose, we infer, of changing the whole of life on Earth.

Whatever the alien life that created the Shimmer is, it is stronger than earthly life.

As with Ex Machina, Garland's point — apart from awing us with the sheer beauty of the imagery on the screen — is to sound a warning call: We are now hacking life itself, and will continue to do so with growing efficiency. What would happen if, as with AI, the new life forms we create get out of our control and become more efficient in the game of life than we are? Are we creating our own doom as we try to pry open the secrets of genetic engineering?

These are disturbing thoughts, and Garland, as a true creative artist, is using his medium to warn us of the seductive danger of going too far down the rabbit's hole.