Accessibility links
The Puzzle Of Quantum Reality : 13.7: Cosmos And Culture Despite the incredibly accurate predictions of quantum theory, there's a lot of disagreement over what it says about reality — or even whether it says anything at all about it, says guest Adam Becker.

The Puzzle Of Quantum Reality

The Puzzle Of Quantum Reality 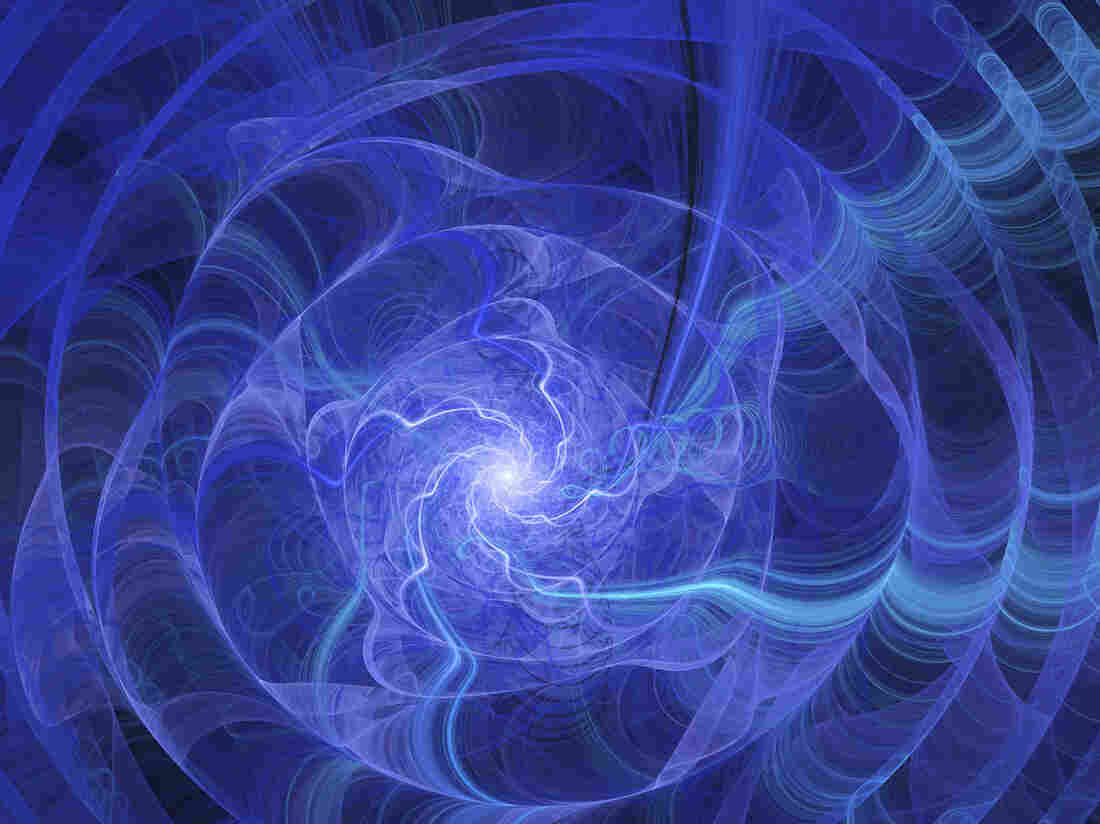 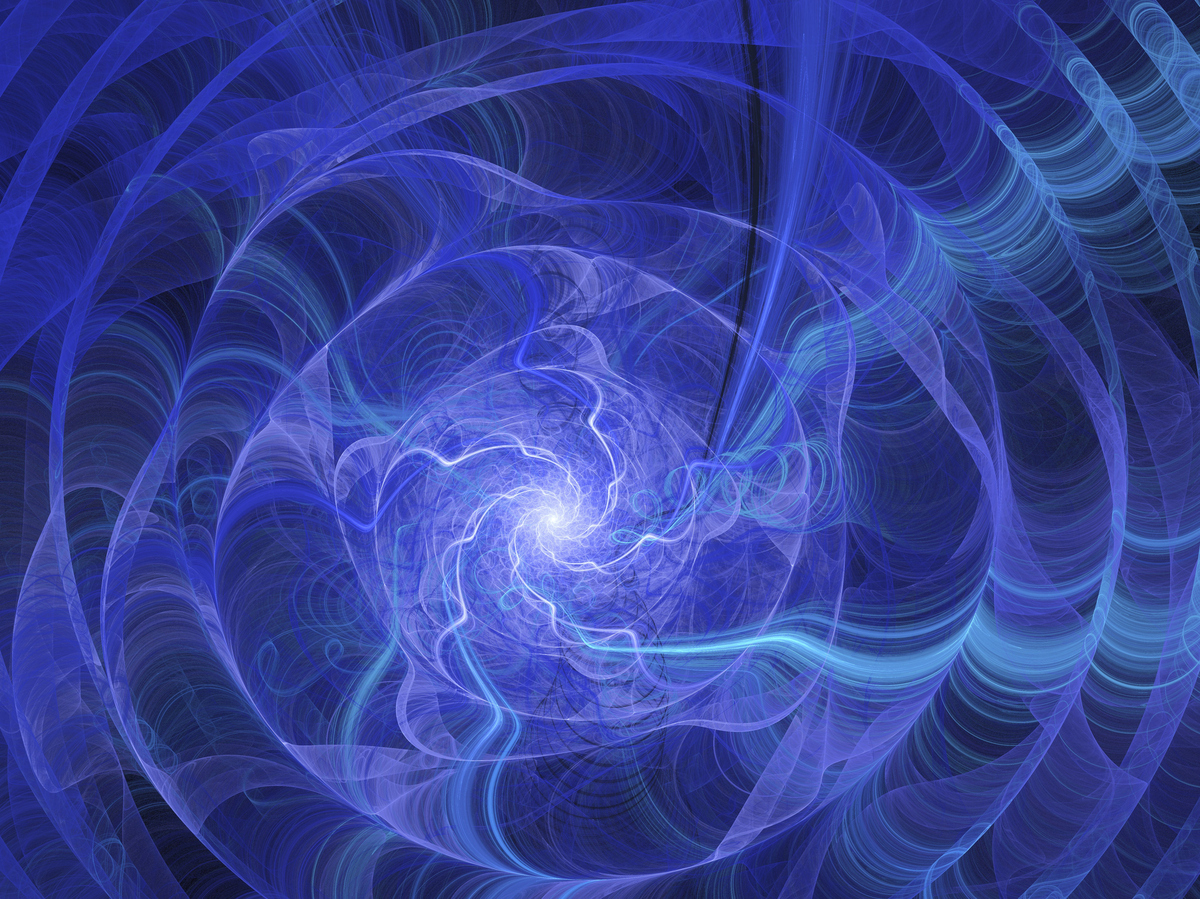 There's a hole at the heart of quantum physics.

It's a deep hole. Yet it's not a hole that prevents the theory from working. Quantum physics is, by any measure, astonishingly successful. It's the theory that underpins nearly all of modern technology, from the silicon chips buried in your phone to the LEDs in its screen, from the nuclear hearts of the most distant space probes to the lasers in the supermarket checkout scanner. It explains why the sun shines and how your eyes can see. Quantum physics works.

Yet the hole remains: Despite the wild success of the theory, we don't really understand what it says about the world around us. The mathematics of the theory makes incredibly accurate predictions about the outcomes of experiments and natural phenomena. In order to do that so well, the theory must have captured some essential and profound truth about the nature of the world around us. Yet there's a great deal of disagreement over what the theory says about reality — or even whether it says anything at all about it.

Even the simplest possible things become difficult to decipher in quantum physics. Say you want to describe the position of a single tiny object — the location of just one electron, the simplest subatomic particle we know of. There are three dimensions, so you might expect that you need three numbers to describe the electron's location. This is certainly true in everyday life: If you want to know where I am, you need to know my latitude, my longitude, and how high above the ground I am. But in quantum physics, it turns out three numbers isn't enough. Instead, you need an infinity of numbers, scattered across all of space, just to describe the position of a single electron.

This infinite collection of numbers is called a "wave function," because these numbers scattered across space usually change smoothly, undulating like a wave. There's a beautiful equation that describes how wave functions wave about through space, called the Schrödinger equation (after Erwin Schrödinger, the Austrian physicist who first discovered it in 1925). Wave functions mostly obey the Schrödinger equation the same way a falling rock obeys Newton's laws of motion: It's something like a law of nature. And as laws of nature go, it's a pretty simple one, though it can look mathematically forbidding at first.

Yet despite the simplicity and beauty of the Schrödinger equation, wave functions are pretty weird. Why would you need so much information — an infinity of numbers scattered across all of space — just to describe the position of a single object? Maybe this means that the electron is smeared out somehow. But as it turns out, that's not true. When you actually look for the electron, it shows up in only one spot. And when you do find the electron, something even stranger happens: The electron's wave function temporarily stops obeying the Schrödinger equation. Instead, it "collapses," with all of its infinity of numbers turning to zero except in the place where you found the electron.

The measurement problem seems like it should stop quantum physics in its tracks. What does "looking" or "measurement" mean? There's no generally agreed-upon answer to this. And that means, in turn, that we don't really know when the Schrödinger equation applies and when it doesn't. And if we don't know that — if we don't know when to use this law and when instead to put it aside — how can we use the theory at all?

The pragmatic answer is that when we physicists do quantum physics, we tend to think of it only as the physics of the ultra-tiny. We usually assume that the Schrödinger equation doesn't really apply to sufficiently large objects — objects like tables and chairs and humans, the things in our everyday lives. Instead, as a practical matter, we assume that those objects obey the classical physics of Isaac Newton, and that the Schrödinger equation stops applying when one of these objects interacts with something from the quantum world of the small. This works well enough to get the right answer in most cases. But almost no physicists truly believe this is how the world actually works. Experiments over the past few decades have shown that quantum physics applies to larger and larger objects, and at this point few doubt that it applies to objects of all sizes. Indeed, quantum physics is routinely and successfully used to describe the largest thing there is — the universe itself — in the well-established field of physical cosmology.

But if quantum physics really applies at all scales, what's the true answer to the measurement problem? What's actually going on in the quantum world? Historically, the standard answer was to say that there is no measurement problem, because it's meaningless to ask what's going on when nobody's looking. The things that happen when nobody's looking are unobservable, and it's meaningless to talk about unobservable things. This position is known as the "Copenhagen interpretation" of quantum physics, after the home of the great Danish physicist Niels Bohr. Bohr was the godfather of quantum physics and the primary force behind the Copenhagen interpretation.

Despite its historical status as the default answer to these quantum questions, the Copenhagen interpretation is inadequate. It says nothing about what's going on in the world of quantum physics. In its stubborn silence on the nature of reality, it offers no explanation of why quantum physics works at all, since it can point to no feature of the world that is anything like the mathematical structures at the heart of the theory. There's no compelling logical or philosophical grounds for declaring unobservable things meaningless. And the word "unobservable" isn't much better defined than the word "measurement" anyhow. So declaring unobservable things meaningless is not only a silly position, it's a vague one. That vagueness has plagued the Copenhagen interpretation from the start; today, the "Copenhagen interpretation" has become a collective label for several mutually contradictory ideas about quantum physics.

Despite this host of problems, the Copenhagen interpretation was overwhelmingly dominant within the physics community for much of the 20th century, because it allowed physicists to perform accurate calculations without worrying about the thorny questions at the heart of the theory. But over the past 30 years, support for the Copenhagen interpretation has eroded. Many physicists still voice support for it — surveys suggest that a plurality or majority of physicists subscribe to it — but there are live alternatives that now have significant support.

The best known of these alternatives is the "many-worlds" interpretation of quantum physics, which states that the Schrödinger equation always applies and wave functions never collapse. Instead, the universe continually splits, with every possible outcome of every event occurring somewhere in the "multiverse." Another alternative, pilot-wave theory, states that quantum particles are guided in their motions by waves, and that the particles in turn can exert faster-than-light influences on far-distant waves (though this cannot be used to send energy or signals faster than light).

These two ideas give two very different depictions of reality, but they both line up perfectly with the mathematics of quantum mechanics as we know it. There are also alternative theories that modify the mathematics of quantum physics, such as spontaneous-collapse theories, which suggest that the collapse of the wave function has nothing to do with measurement, and is instead a natural process that happens entirely at random.

There are many, many other alternatives. Quantum foundations, the field that deals in resolving the measurement problem and the other basic questions of quantum theory, is a lively subject brimming with creative ideas. The hole at the heart of quantum physics is still there — there's still an open problem that needs solving — but there are many fascinating theories that have been proposed to solve these problems. These ideas might also point the way forward on other problems in physics, such as a theory of quantum gravity, the "theory of everything" that has been the ultimate goal of physicists since Albert Einstein.

Whether that will come to pass remains to be seen. But the problems papered over by the Copenhagen interpretation for so long are finally receiving the attention they deserve. And plumbing the depths of the quantum hole may yield an entirely new perspective, not just on the world of the quantum, but on the nature of reality itself.

Adam Becker is the author of What Is Real?: The Unfinished Quest For The Meaning Of Quantum Physics, published March 20. He is a visiting scholar in the University of California, Berkeley, Office for History of Science and Technology. Becker holds a PhD in astrophysics from the University of Michigan and a BA in philosophy and physics from Cornell.