Accessibility links
The Psychology Of Fake News : 13.7: Cosmos And Culture How can we succeed in creating and perpetuating a culture that values and promotes truth? Cognitive scientist Tania Lombrozo considers the science of fake news — and how to protect ourselves. 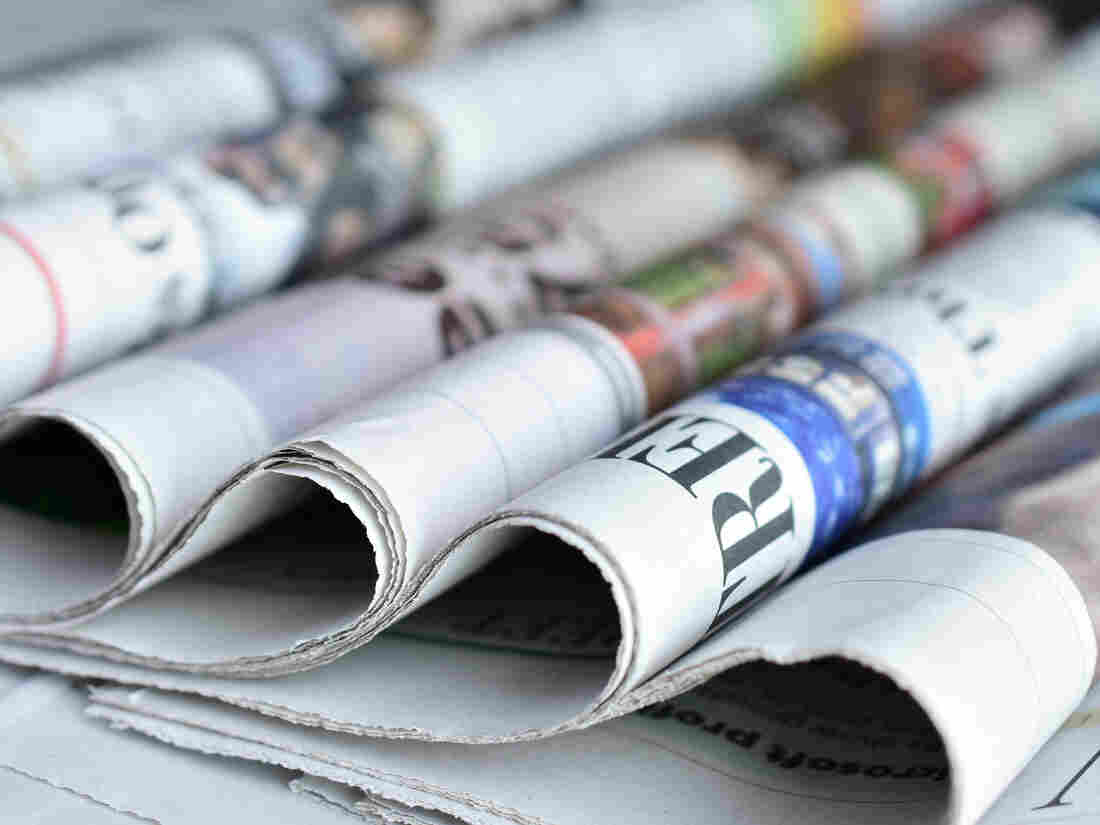 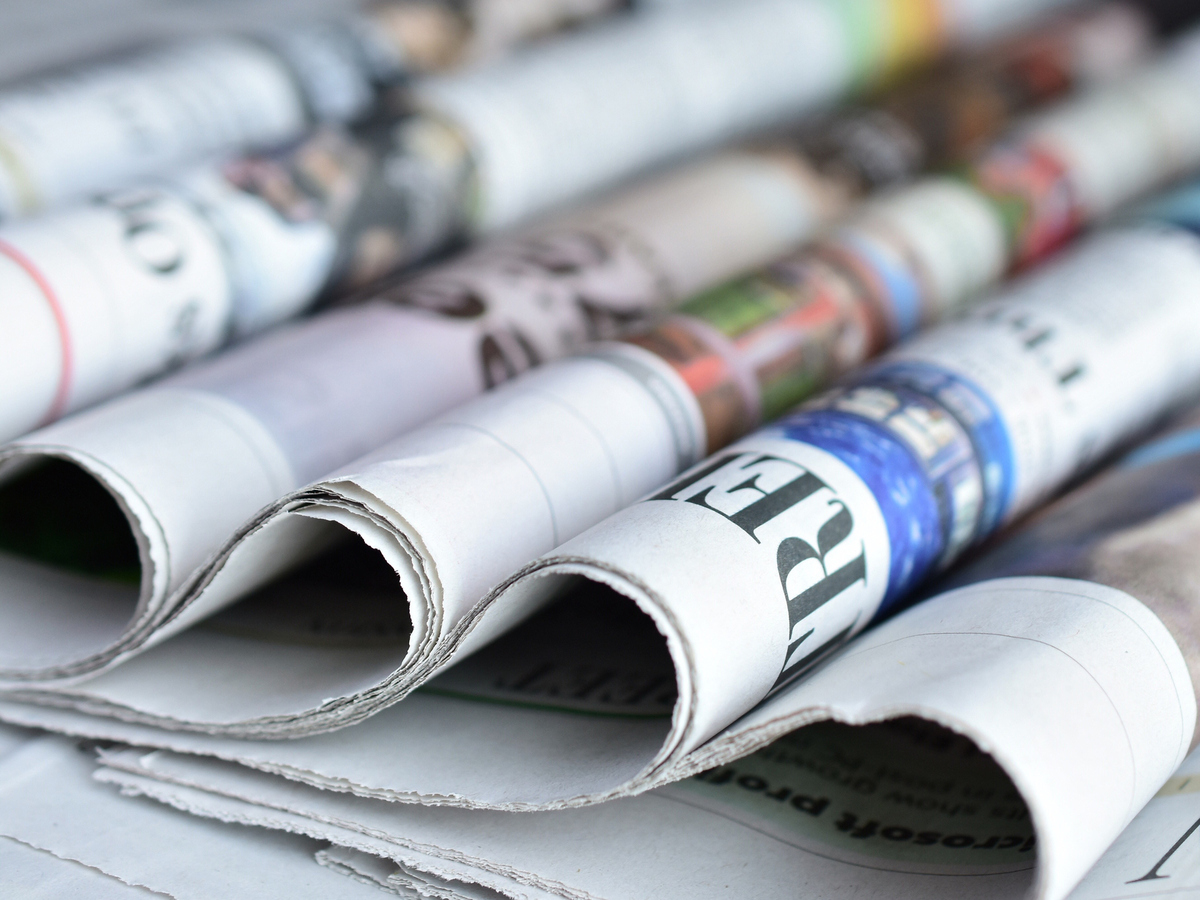 During the past two years, fake news has been a frequent topic of real news, with articles considering the role of social media in spreading fake news, the advent of fake videos and the role these play in the political process.

Something less well-known, though, is that fake news has also become a topic of scientific investigation.

In a paper published in March in the journal Science, David Lazer, Matthew Baum and 14 co-authors consider what we do and don't know about the science of fake news. They define fake news as "fabricated information that mimics news media content in form but not in organizational process or intent," and they go on to discuss problems at multiple levels: individual, institutional and societal. What do we know about individuals' exposure to fake news and its influence upon them? How can Internet platforms help limit the dissemination of fake news? And most fundamentally: How can we succeed in creating and perpetuating a culture that values and promotes truth?

Fitting for this broad focus, the authors represent a variety of areas of expertise. Lazer and Baum, the paper's lead authors, are affiliated with programs in network science, quantitative social science, global communications and public policy. Other contributors hail from law schools, departments of psychology, schools of journalism and industry research groups, to name just a few.

The paper makes a compelling case that the science of fake news is timely and important. One conservative estimate is that in the month before the 2016 election, the average American was exposed to somewhere between one and three articles from a known publisher of fake news. Another alarming result is that when it comes to political topics, tweets containing false information propagate more rapidly and broadly on Twitter than those containing reliable information.

As a cognitive scientist, one of the questions that most fascinates me is whether and how fake news affects people's attitudes and behaviors. This is a question for social science, with a particular role for social and cognitive psychology. To find out more, I reached out to Steven Sloman, professor of cognitive, linguistic and psychological sciences at Brown University, and one of the paper's 16 authors. Sloman is also author of The Knowledge Illusion: Why We Never Think Alone, a book about the merits and failings of our collaborative minds, published in 2017 with co-author Philip Fernbach. Sloman was kind enough to answer a few questions about the science of fake news by e-mail. Our exchange is below.

Your science paper is unusual in bringing together 16 authors who span disciplines, academia and industry. What brought you together over the topic of fake news?

The election of 2016 and its immediate aftermath scared many of us out of our political daze. The new administration's willingness to make up facts while accusing mainstream media of doing the same woke us up to the reality that we would have to fight if we wanted to ensure that public opinion would have some grounding in evidence. To solidify resistance to the post-truth era, David Lazer and Matthew Baum organized a conference at Harvard entitled "Combating Fake News: An Agenda for Research and Action." They invited political scientists, legal experts, information network specialists, psychologists, fact checkers, historians, pollsters, and journalists to come together to share perspectives and insights. Guided by David and Matt, that conference turned into the paper in Science.

Misinformation, disinformation and political propaganda are not new. Does "fake news" today present a novel or especially acute problem? If so, why?

You're absolutely right that political interests have lied and distorted facts to help achieve their own ends probably since the dawn of civilization (and maybe before). The problem today is threefold. First, because of technology, anyone in the world can be a source of news. To get people's attention, one only needs to be clever enough to excite the interest of enough people in order for your message to go viral. One way to do this is to put your message in the hands of social media bots, machines whose sole purpose is to fool social media into thinking they are real people so that their contribution counts (e.g., by massively increasing the number of "likes" on Facebook). Success has little to do with the truth of one's message.

Second, again because of technology, we are inundated by information. We just don't have time to separate the facts from the falsities. Even fact-checkers don't have time. A message can go viral before any serious truth filter has been applied. This leads to a positive feedback cycle. If one team is passing around unfiltered information, then its opponents feel the need to respond in real time. So they won't be able to check their facts either. The positive feedback is further increased by individuals' tendency not to read very carefully. People share messages without even reading them, never mind evaluating their accuracy.

Finally, the huge variety of news media in our culture means that people have the freedom to tune into news sources that tell them what they want to hear, and we all like to hear news consistent with our beliefs. Some cable TV stations, for instance, don't even pretend to be unbiased. They each serve up a digestible meal of news to their respective partisans. We no longer have Walter Cronkite providing the entire country with a common set of facts.

What can psychology, in particular, contribute to our understanding of fake news?

Psychological methodology has some obvious things to offer: Does tagging news as fake reduce its effect on public opinion? What kind of personalities are most susceptible to fake news? Does repetition of fake news make it seem more true? What properties of fake news make it seem real? Lots of psychologists are addressing questions such as these, and some of the answers are cited in the Science piece.

One of my favorite pieces of research is Gordon Pennycook and David Rand's demonstrations that the propensity to think analytically as measured by the Cognitive Reflection Test (CRT) predicts who is able to distinguish fake news from real news. I think this is important because it indicates what skills are required to identify fake news, namely, the ability to reflect before responding rather than going immediately with one's gut intuition (as most of us do most of the time). Perhaps more important, it shows that it's possible for individuals to discriminate fake from real news, though it isn't easy, especially when the fake news is created by a pro.

Despite relevant prior work in psychology, there are many open questions concerning fake news, its propagation, its consequences, and how any negative consequences can be mitigated. What do you see as the most pressing open research question(s) for psychological science?

I think there's a deep question about fake news that has not been fully addressed: Does it really matter? The great fear that civil society will be undermined by a false narrative supported by "alternative facts" presupposes that people's beliefs are influenced by what they perceive to be facts. But the history of psychology shows that it's not so simple. We know that the primary determinant of whether people believe a message is whether or not they agree with it.

If they don't, they're much more likely to check its veracity. Moreover, opinion depends more on the beliefs of your community than it does on facts. Individuals are just not rational processors of information. So fake news may be more about flag waving — reinforcing people's group affiliations — than it is about persuasion. Does it in fact influence belief? And what else does it influence? For example, does it affect people's feelings of resentment more than their attitudes? These are questions that psychologists should focus more on, and questions that a responsible government would want to fund research on.

You and your co-authors write that in the face of fake news and its dissemination by social and other forms of media, "A new system of safeguards is needed." What kinds of safeguards can individual news consumers (as opposed to governments or producers) put into place? In particular, can psychological science offer any advice for media consumers who want to limit their susceptibility to fake news?

The simplistic answer is "be more reflective." Don't believe everything you read, but consider the possibility that it's false. But I consider this too simplistic. The problem with fake news is the cultural narrative that it supports. The worst kind of fake news gets people discussing the implications of something that just isn't true. So the right kind of solution should be cultural.

We need to foster norms of discourse in which it's OK to challenge what others say without the conversation immediately devolving into invective. The most effective lab meetings are like that: If someone disagrees with the presenter, they say so (politely). And by doing so, they might be saving the presenter from embarrassment in a more public forum. A community that encourages individuals to point out when statements are false (or unclear or vacuous) benefits everybody by helping discern the truth.

In the long run, the truth will win out. My preferred society encourages the truth to win out before great damage is done.