Accessibility links
Thermodynamics, The Reversal Of Time — And Time Travel : 13.7: Cosmos And Culture If the history of thermodynamics can teach us anything, it is that modest entropy reversals have not taken us back in time at all. But it is more fun to think otherwise, says guest Jimena Canales.

Time Travel With Your Fridge?

Time Travel With Your Fridge? 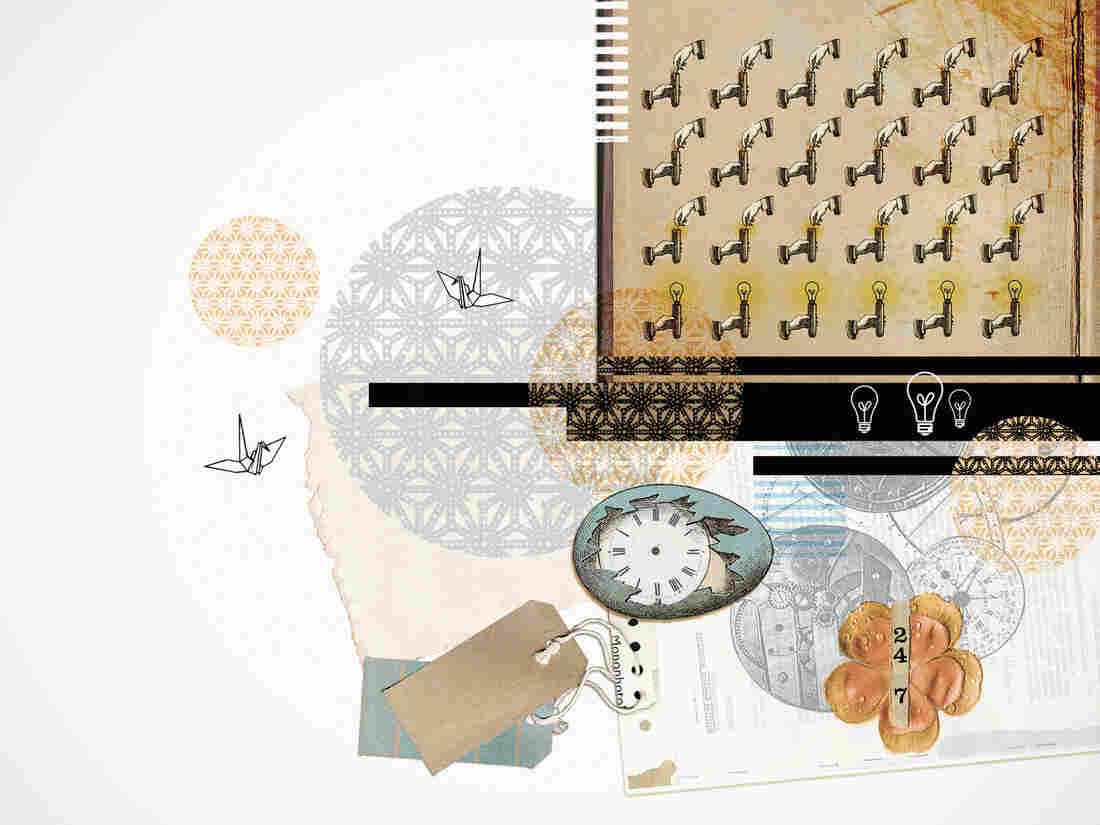 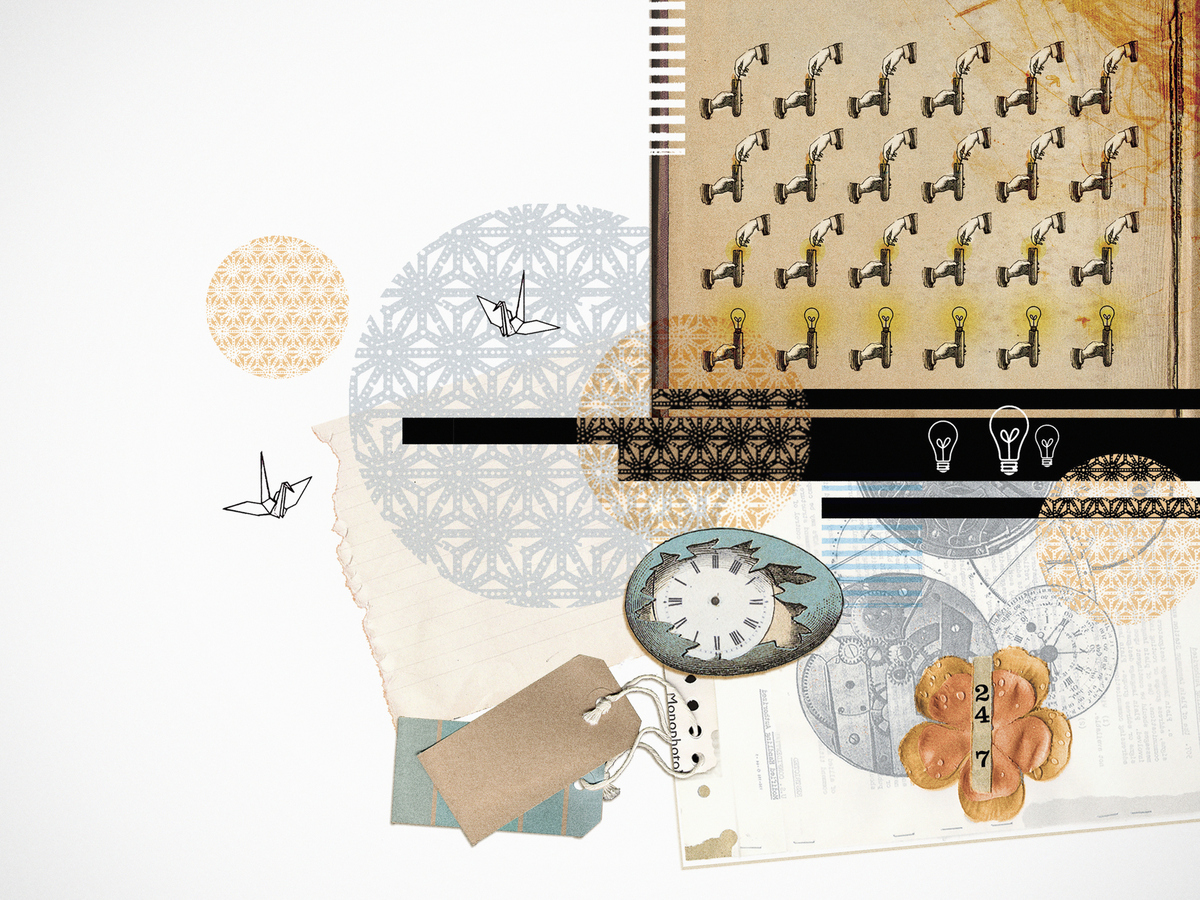 Jimena Canales is a faculty member of the Graduate College at University of Illinois, Urbana-Champaign and a research affiliate at MIT. She focuses on 19th and 20th century history of the physical sciences and science in the modern world. Her most recent book is titled The Physicist and the Philosopher: Einstein, Bergson and the Debate That Changed Our Understanding of Time. You can learn more about her here.

Since H.G. Wells combined the words "time travel" — and used them so systematically to refer to using a machine to travel to a certain date in the calendar — in The Time Machine in 1895, scientists and the public at large have been fascinated with its possibility.

Establishing the rules of time-traveling became part of science in the 19th century. Albert Einstein famously entered these debates, showing us how we could do it. So did the late Stephen Hawking, who wrote a children's book with his daughter about time travel. And Kip S. Thorne (winner of the 2017 Nobel Prize in Physics), too, filling Black Holes & Time Warps with adventures of going down a wormhole where "within a fraction of your second of your own time you will arrive on Earth, in the era of your youth 4 billion years ago." Many other cosmologists and physicists have followed suit, crafting stunning narratives and imagining new laboratory experiments to test them out.

Quantum mechanics gives us particular time-traveling options, that differ from those of relativity theory, by showing how we can fidget with entangled atomic properties. "Physicists Demonstrate How to Reverse of the Arrow of Time," ran a recent headline in MIT Technology Review, while "'Arrow of time' reversed in quantum experiment," was the headline used by Science News.

In these experiments, time is reversed because scientists can make a cold object heat up a hotter one. Thus, these experiments promise to be an entryway into yet another area traditionally considered the realm of science fiction: perpetual motion. But a Second-Law-of-Thermodynamics-breaking-gadget might not be just right around the corner. Even less likely is one that will reverse time.

The announcement relies on the assumption that our sense of time is due to the law of entropy, which is commonly used to explain the "arrow of time."

In the 19th century, scientists' speculations about how they might go about actually reversing time started reaching wide audiences. In a landmark lecture published in the journal Nature on April 9, 1874, the physicist and engineer William Thomson (known as Lord Kelvin) described how the world would look if it suddenly started running in reverse:

"The bursting bubble of foam at the foot of a waterfall would reunite and descend into the water ... Boulders would recover from the mud the materials required to build them into their previous jagged forms, and would become reunited to the mountain peat from which they had formerly broken away ... living creatures would grow backwards, with conscious knowledge of the future, but no memory of the past, and would become again unborn."

Scientists of the Victorian era concluded that the reason why time flowed in one direction was the same one that made heat travel from hot to cold. Hence, they came up with the first idea for manipulating time: Manipulate the direction of atoms in motion. New molecular theories of heat taught scientists that the best way to control the movement of atoms was by changing their temperature. While heated objects tend to reach temperature equilibrium, the reverse operation is highly unlikely.

"It is very improbable that in the course of 1,000 years one-half of the bar of iron shall of itself become warmer by a degree than the other half," explained Thompson. But these effects could sometimes happen spontaneously. Chances were slim, but real. In fact, the molecular view of nature required this possibility to exist. The "probability of this happening before 1,000,000 years pass is 1,000 times as great as that it will happen in the course of 1,000 years, and that it certainly will happen in the course of some very long time," explained Thomson.

The Victorian public listened to Thomson's calculations in awe.

Thomson had matured quite a bit as a scientist and intellectual by the time he offered these numbers. As a younger man, he and his brother had chased with jejune enthusiasm a host of possible entropy-busting perpetual motion machines. Their contraptions proved not only to not function at all, but they had often already been thought up by ingenious others. (A friend of James Thomson politely told him he should go back to studying before talking so big: "It seems to me to be nearly as great a waste of time, making attempts at useful discovery without this previous knowledge, as for a person to labour at working out the highest problems in Astronomy without having first gone through the Calculus." He signed off, "believe me my dear James.")

But eventually, James's inventive genius led to significant improvements to water wheels, pumps and turbines. William's contributions to science, in turn, led him to be elevated to the peerage by Queen Victoria (as first Baron of Kelvin) and to have a temperature scale named after him.

When history delivered a temperature-equilibrium-reversing-machine in the form of the refrigerator, one of the first domestic fridge companies adopted the name Kelvinator. They had once been so fascinating that they even attracted the attention Einstein, who applied for a patent. Historian Gene Dannen recounts how the attorney in charge of it was so taken aback when he read the name Einstein in the application that he wrote back: "I would be interested to know if Albert Einstein is the same person who propounded the theory of relativity."

Before the commercialization of refrigerators in the late 1920s by Electrolux, Frigidaire and others, the dream of reversing time by reversing the flow of heat had captivated headlines. It still does. Although the refrigerator did not reverse the entropy of the universe, it did so locally, inside a well-insulated enclosure. It did not deliver on the promise of making time run backwards, but it did permit milk and vegetables to last a bit longer.

Scientists today have succeeded in using a strong magnetic field to make the nuclei in hydrogen particles of chloroform get hotter, while their colder carbon partners got colder.

Have they reversed time?

If this history of thermodynamics can teach us anything, it is that these modest temperature reversals have not taken us back in time at all. But it is more fun to think otherwise. So next time you open the fridge door, let your mind wander off as if on a voyage to the past. If you want to go into the future, you might try your oven.

But if you want to really travel in time, you might try the old fashion way of doing it: Turn to history and literature.

"For to converse with those of other ages and to travel is almost the same thing," wrote René Descartes, in the 17th century.