Accessibility links
Is Nature Deficit Disorder A Thing? Try Forest Bathing To Find Out : 13.7: Cosmos And Culture Positive scientific results aside, the idea of shinrin-yoku shouldn't be surprising: Who hasn't felt an inner sense of well-being when walking along a forest trail? asks commentator Marcelo Gleiser. 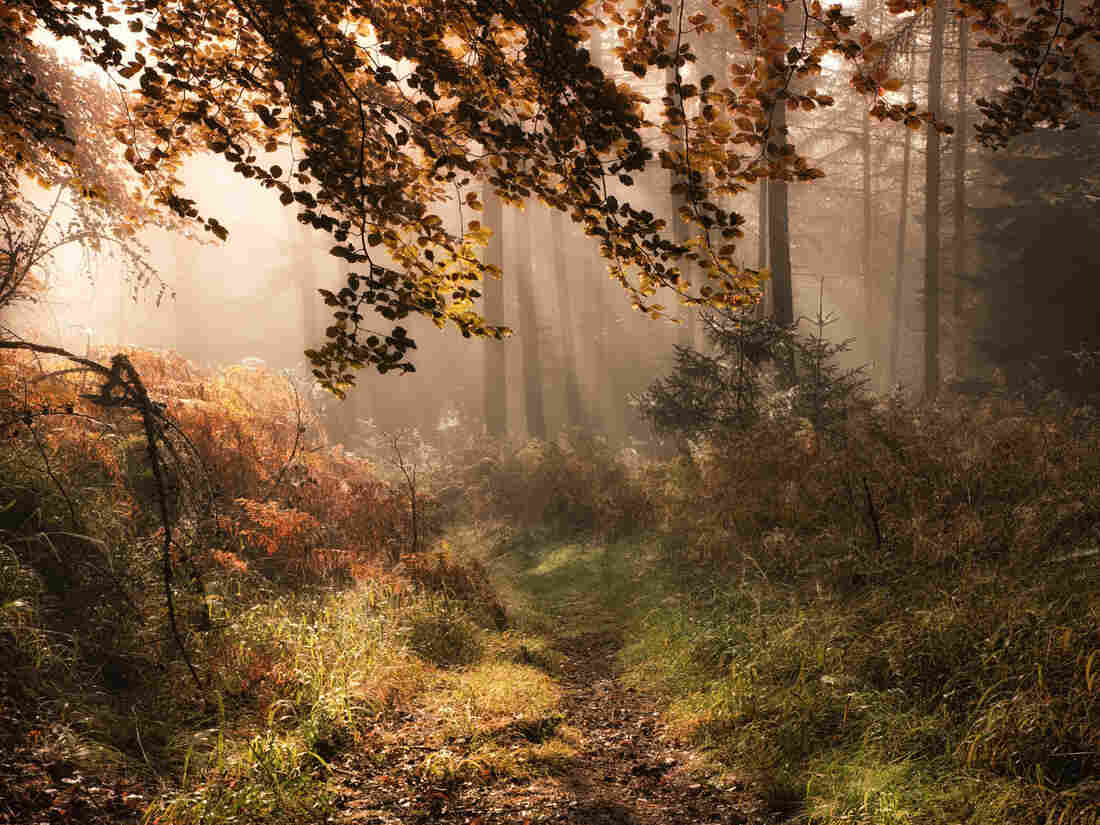 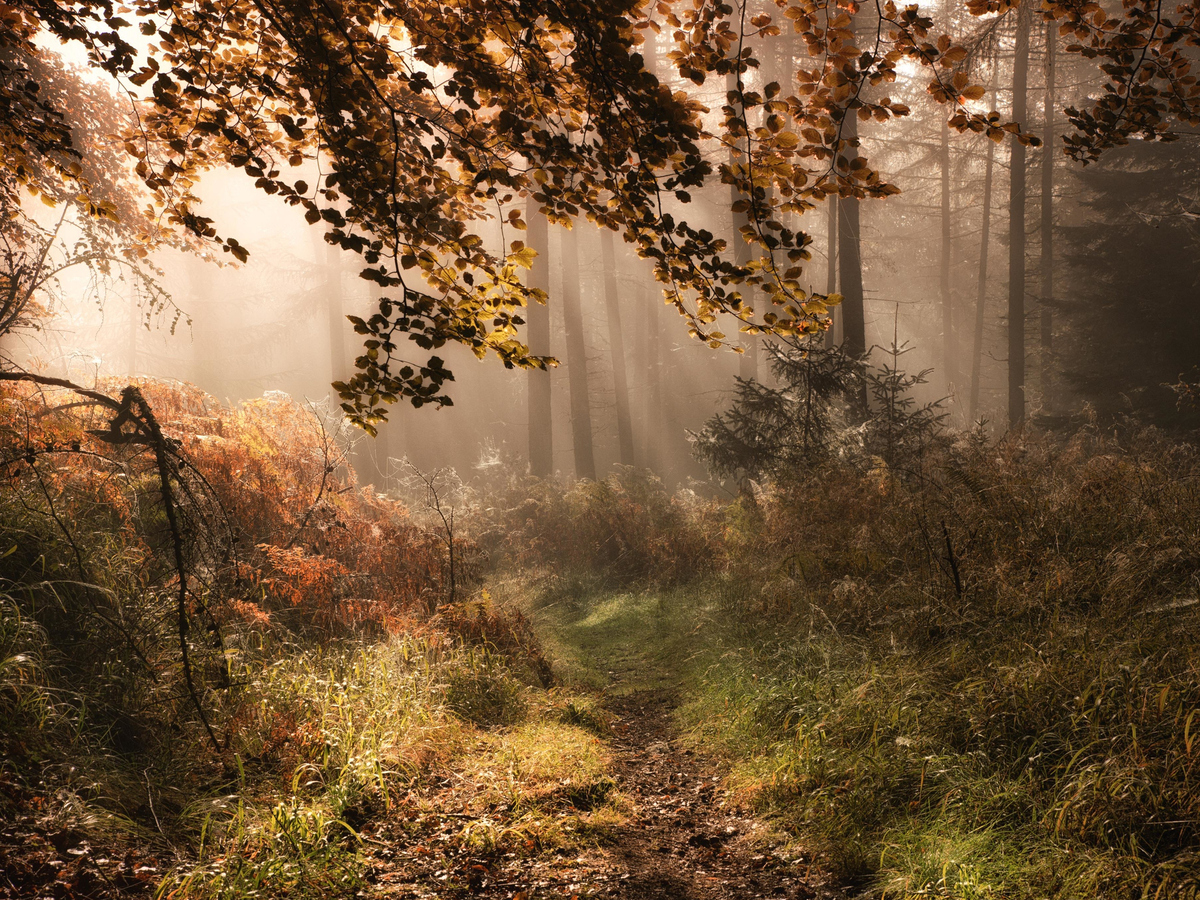 There is a paradox with living as a human nowadays.

A 2014 article from the United Nations states that about 54 percent of the human population lives in urban areas (more by now), a proportion that is projected to increase to 66 percent by 2050. By 2045, the report says, more than six billion people will crowd cities. 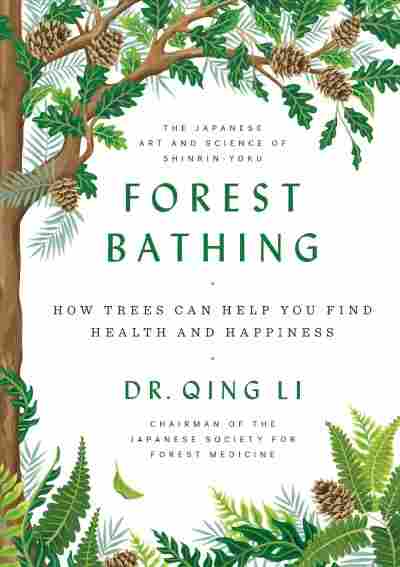 How Trees Can Help You Find Health and Happiness

People flock to cities for obvious reasons, all very understandable: more job opportunities; more choices; more culture and cultural diversity; larger communities. Yet, and this is the paradox, living in a crowded, concrete-walled, green-poor, urban environment takes something away from our very essence, our primal need to be close to nature.

An EPA study found that Americans spend approximately 90 percent of their time indoors, where the concentrations of some air pollutants can be 2 times to 5 times higher than outdoors. Essentially, we spend our lives in cages breathing bad air. Too much grey, black, and white — and not enough immersion in greens and blues.

It is no wonder that many large cities take landscaping seriously, adding parks and green areas wherever possible. We can't quite sever the link with our evolutionary past and part ways with our origins. We are, after all, animals, and it's hard to forget that, even if some try real hard, surrounding themselves with walls, metal, glass, and screens. Those people tend to pay a price, often with their health and quality of life.

In Japan, the country that has the highest population density in the world but also vast expanses of green forests (about 3,000 miles of them), an ancient tradition tries to balance out the crush from urban living. It's known as shinrin-yoku, or "forest bathing." It's the practice of spending prolonged periods of time with trees in order to gain from their many health benefits. In a book hitting shelves this month, Forest Bathing: How Trees Can Help You Find Health And Happiness, Dr. Qing Li, the world's foremost expert in forest medicine, introduces readers to the healing practice of forest bathing — and the art and science of how trees can enrich your life. (There are other books on forest bathing that I also recommend, including the recently released Your Guide to Forest Bathing, by M. Amos Clifford, focusing on the more meditative side of shinrin-yoku.)

Dr. Li's book is itself a tribute to forests and the magnificence of trees, featuring more than 100 color photographs of forests around the world. One may dismiss this kind of book as yet more pseudoscience babble, but the point is that Li has not just practiced shinrin-yoku, but has also studied its impact on people's health through numerous scientific studies. He has data to support his claims, collected in a long list of peer-reviewed articles at the end of the book. He is a medical doctor at the Tokyo's Nippon Medical School, and has been a visiting fellow at Stanford University School of Medicine, among other appointments and leadership roles.

Here is the scoop: Forest bathing reduces stress, anxiety, depression, and anger. The book lists studies that consistently show a substantial reduction of stress hormones. Essential tree oils, such as phytoncides found in forest air (pine trees and cypress tend to be the richest), increase energy levels by more than 30 percent. Aromatherapy enthusiasts know well that such tree oils conjure a general state of well-being, capturing the essence of forest bathing. There is improvement in sleep (an average increase by 15 percent after a two-hour forest walk), a boost of the immune system and in cardiovascular health, and better parasympathetic response (rest-and-recover). The health and emotional benefits are plentiful.

Lest urban-based readers feel discouraged, forest bathing doesn't require huge expanses to be effective. Walks in parks, house plants, aromatherapy focused on cypress and other tree oils, all offer a degree of benefits. Li, for example, confesses that living in Tokyo has changed his practice and he now contends with lunchtime walks in a shrine next to his work. Anyone, with some degree of effort, can find a way to mingle with nature, in a city or not. As the philosopher Alan Watts once wrote, "You didn't come into this world. You came out of it, like a wave from the ocean. You are not a stranger here."

Scientific results apart, the notion of shinrin-yoku shouldn't be so surprising. Who hasn't felt an inner sense of well-being when walking along a forest trail, the sun filtering through the leaves to create a kaleidoscope of light and shadows on the ground? We take these walks to feel rejuvenated, more attuned to our bodies, to refresh our minds. Stepping into a forest, or just into a small grove, is like pushing a life reset button, reestablishing a connection with our deepest needs. It's hard not to feel something viscerally meaningful as we surround ourselves by trees, away from the artificial sounds and smells of urban life.

Having spent the first decades of my life in big cities, I feel privileged to now live surrounded by trees, including lots of fragrant pines. In fact, to celebrate this wonderful book, and what seems to be a rediscovery of shinrin-yoku in our lives, I'm going to go now — to take my forest bath.