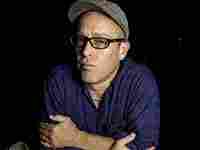 Dave Douglas is one of today's most celebrated jazz trumpeters, composers and, well, bloggers. And from time to time, he's also sharing some of his thoughts about music and technology with us. We're calling it Jazz In The Digital Age.

We last heard from him on the day that his new album Spirit Moves came out. His inaugural guest entry for us surveyed the ways musicians are using technology in the digital age. This post, as he writes, "looks at the cultural environment around the music and the changes that are coming fast and furious." --Ed.

More and more folks in the music industry are singing the blues these days.

A critic lamented the lack of paid outlets for his writing and sheepishly admitted taking a gig with a jazz festival. A club owner sobbed over attendance and how the music is just not what it used to be (though he was still ornery enough to get snobby with those who did show). A booking agent grumbled that jazz audiences aren't the same anymore and that he's dealing with sub-par venues because they're the only game in town.

If you were only to read the papers it would be easy to think the entire musical culture was about to collapse. True, times are tough, and not just in the arts. The economy's struggling. Magazines, newspapers, and books: a combination of circumstances is cutting into their primacy. The good things they brought to the culture will be missed.

But looking a little deeper, this is a time of great opportunity. Not to be Pollyanna-ish about it, but new outlets are sprouting everywhere. It's just that they're different than the old outlets. They are in development, and many people comfortable with the old system can be impatient and dismissive of this alien intrusion.

Just a few brief examples. Without doing any real research these jumped to mind (again, it would be great to see someone actually do the research):

--Bill Shoemaker's Point of Departure began several years ago to break away from the standard magazine format with in-depth commentary and discussion of music, often with the artists themselves as voices.

--Howard Mandel's recent reporting at Jazz Beyond Jazz details new efforts by George Wein to reinvent the Festival model in the wake of JVC's closing. Larry Blumenfeld, whose blog is hosted at ArtsJournal like Mandel's, reports on post-Katrina happenings in New Orleans with a thoroughness that would never fit into the space he's given on paper. And he's making it count.

--The Obama administration's active engagement with culture, and jazz in particular, bodes well. The National Endowment for the Arts looks to be getting a sizeable stimulus, meaning additional support for all sorts of cultural activity.

--Smalls, the Greenwich Village jazz club, recently mounted a live, streaming webcam, with live audio and video of the shows. With artist approval, the shows stream world-wide, expanding the audience for both the club and the bands, and are occasionally archived as well.

Artists and musicians have always had to invent new categories for what they do. Take the example of Thelonious Monk, who basically invented a new category of "piano player/composer" by synthesizing many of the sounds that inspired him. Nothing like him had ever been seen before, and by being a groundbreaking bandleader, composer, soloist and conceptualist at once, he created his own career. Before Monk, that job description simply didn't exist. Like Monk, most musicians' incomes come from diversified sources.

The rest of the industry will need to adopt some of that agility. Everyone will need to reinvent ways to survive on the work they do.

This might seem hard-hearted or callous. It's not meant that way at all -- it's not even coming from a tough-love vibe. I mean this in the most positive, constructive spirit.

I mean quite sincerely to suggest that everyone, artists included, will need to create new contexts for their work. While it's no fun to see people turned out of economic systems that have been working for them for decades, it won't do any good to sit around and rue the glory days of the 1990s. This is the hand we've been dealt, and the entire structure around the music will have to adapt, just as artists always have.

It will take new categories to fit the good work that people do.

In that sense, maybe this change is no different than the ones that have come before. Musicians have always created new ways of presenting, creating and perceiving music -- and by extension, music business. A musician like Miles Davis participated in five decades of reinvention. New recording formats several times transformed the documentation and distribution of music. People have always heard about and discovered new music in novel ways. Each generation finds a new way to get involved.

But I do feel that this era is somewhat different. Whatever the way forward is, it's going to have a digital component. People will need to get used to that idea and what it means, because the toothpaste is never going back in the tube. The question is: how to tap the possibilities this new age has to offer?

Find new ways to do the work, whatever it is. If you want to do it, the outlet is there. Granted, it takes ingenuity and hard work. But if it's a labor of love, as it is for most of us, work should be no obstacle.

In that respect I scare myself by agreeing with the work ethic to which certain FOX News commentators pay such lip service. No one said being in the arts should be easy. It's the competitive atmosphere that has always made New York the music Mecca it is; scrappy individualism is the most American of characteristics. (But don't worry, I probably don't mean that the way Sean Hannity does.)

Yes, you say, that's all fine and well. Blogs are fun. But how do we make some money? (First, change out of your pajamas ...)

Aha. So now we're asking the question that many agree the music industry should have started taking seriously in the late '90s. But didn't.

Interested in my own take on where the music industry is going? Visit GreenleafMusic.com. A music company more than a record label, we're recording several artists (other than me), releasing DVDs, CDs, MP3s, lossless FLAC files, sheet music as well as posters, artwork and more. Because of the fluidity of the web, our bundled packages of music are infinitely flexible. Our blog follows music events, artist thoughts, trivia, music industry ramblings and random links.

Our entire music catalog can be streamed at the site. We don't see the damage in people being able to hear the music for free. We don't see major effects of piracy or bootlegging. In our experience, if people like the music they are going to want to buy it in their preferred format, from the source if possible, and not at exorbitant rates, but fairly, and faithfully. We'd love to record and release more music, but we're being patient, creating the system as we go along. To serve the music.

I'm not saying this just to shill for my own company. I'm merely pointing out that as voices all around the Web bemoan the loss of the old system and the lack of a replacement, I find myself in the same position as so many musicians I know: creating the new system as we go along, as a matter of musical survival.

I'm not purporting to have the answer. Each business model serves the music it frames differently. I'm just a musician making music.

But this has become an interesting part of making that music. And I do think the rest of musical culture will have to eventually come along.

A few questions for thought:

--As a listener, how satisfied are you with the current alternatives for finding music?

--Do you think that digital files will ultimately replace physical objects? If so, do you think there is a way out of this culture of free all-digital information?

--Do you agree that musicians are creating viable new systems?

--Do you have your own proposal, perhaps already in existence, for new music strategies?

--How can the old system adapt, if at all, to the new realities and continue to make great music available?