Accessibility links
The Revolutions Of Drummer Rashied Ali : A Blog Supreme Drummer Rashied Ali, John Coltrane's last drummer, has died. It was the stated goal of one of his bands to "incite musical and spiritual revolution through art." And at least for one listener, it seems to have worked.

The Revolutions Of Drummer Rashied Ali 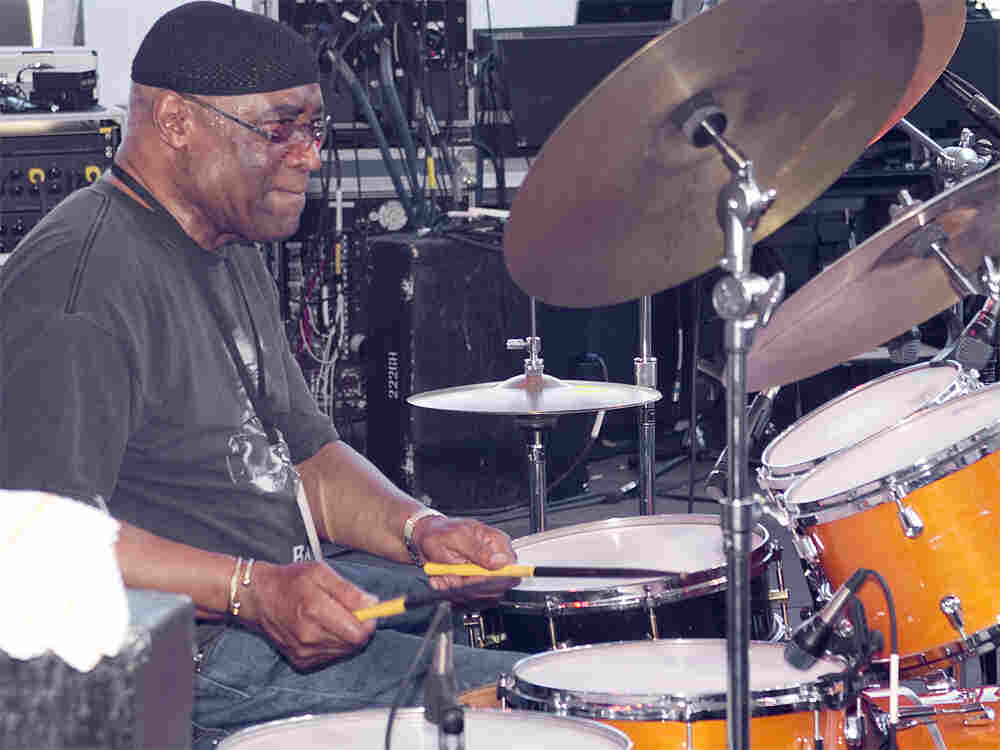 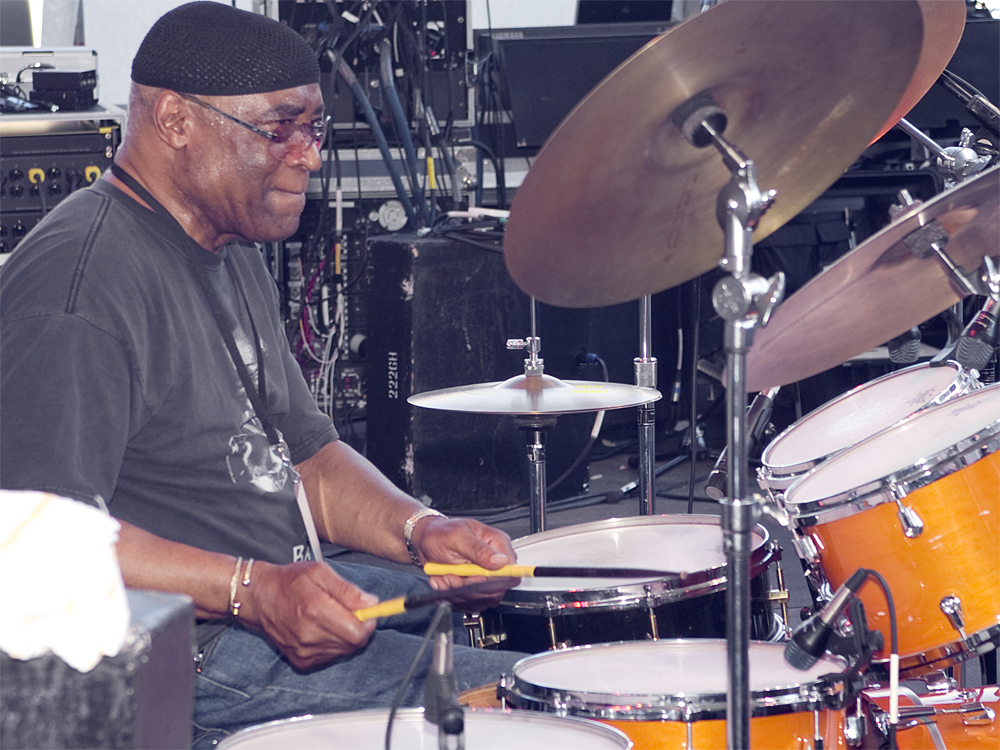 Drummer Rashied Ali has died. A simple note on his Web site, as well as an e-mail from his manager, confirms the news.

When he was with us, from time to time Rashied would play in a group called By Any Means -- a trio with bassist William Parker and saxophonist/pianist Charles Gayle. As Parker explained to me and WBGO's Simon Rentner after the set, the band's goal was "to incite human and spiritual revolution through art ... We are not restricted by style, by sounds. You know, you use any sounds, you use any key, use any rhythm, you use any idea to promote and get where you're going." In practice this meant largely a freely improvised music that wove in and out of patterns both recognizable and foreign.

The relative few at the By Any Means trio set at the Newport Jazz Festival this year did not see Rashied Ali there; his brother Muhammad Ali was subbing on drums. I saw Roy Haynes approach the bandstand after the show, pleased to be seeing Muhammad, but inquisitive about the whereabouts of his more famous sibling. I would imagine Rashied was not in a good way on Sunday at 5 p.m. ET; according to his manager, he had been admitted to the hospital last Thursday with a mild heart attack. Just when he was about to be released, he died almost instantly of a blood clot.

I was going to write at length about free jazz at Newport this year -- the Vandermark 5 was there too -- and perhaps I still may. But as of this moment, it seems empty to think about that without acknowledging Rashied's legacy.

Ali gave much that was great into the world. In addition to the By Any Means trio, there were his several records with Alice Coltrane, his extensive discography period, his loft space/venue Ali's Alley, his own Survival Records. (Someone one day needs to devote some serious study to 1970s loft spaces and early musician-owned record labels more in depth.) I recall receiving his latest albums on Survival, Judgment Day Vols. 1 and 2, as the jazz co-director at WKCR in New York, and noting that in spite of amateur packaging, Ali still was creating some vital, interesting music. Not quite hard-bop, not quite free jazz, it was raw and fresh and very much of the now.

But when the dust settles, he'll be chiefly remembered for being John Coltrane's last drummer, the fellow who replaced Elvin Jones when Trane was looking to take his music even further into the nether regions. And he always carried on the legacy of the heavyweight champion. It's telling that the title of By Any Means' greatest recorded document is called Touchin' On Trane. Plus, WBGO has a 55-minute duet with Sonny Fortune on Coltrane's "Impressions"; this is from 2004, nearing 40 years after Trane's passing. Which has clear echoes of this:

Like many, the Coltrane and Ali duet album Interstellar Space was a key to me understanding John Coltrane's much talked-about later work. So much sound, man. What glorious din he produced, seemingly acting as the furnace apparatus behind Coltrane's passionate, gut-level screeching. I still have trouble believing that was just one drummer. Having met and seen Rashied perform as recently as two years ago, I now have trouble believing he left us before I could see him again.

But you know what? He did incite a personal revolution, at least for this listener. And whatever comfort that can offer to his friends, family and collaborators, I'm glad for.