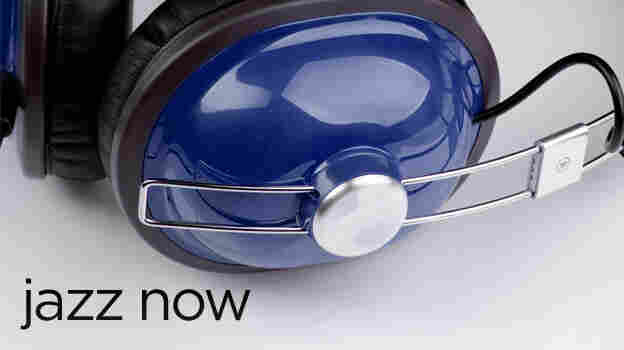 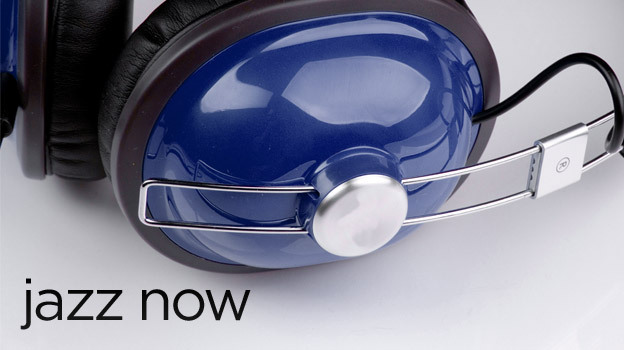 Lucas Gillan, 23, is a natural fit for Jazz Now. For one, he absorbs tons of music while programming AccuJazz, a promising Internet radio service. He's also an active drummer, teaching plenty of lessons and performing throughout the Chicagoland area. (And not just jazz, either.) On a recent visit to Chicago, I met up with him, and he graciously told me the bands I had to see while I was in town. Of course, his list covers a lot of territory well beyond the upper Midwest. --Ed.

Despite growing up in a relatively conservative Christian home where worship music was the norm on the living room stereo, I was fortunate enough to be exposed to a huge variety of music as a child and teen. My oldest brother, a lifelong music lover in constant pursuit of new sounds, introduced my sister, brother and me to everything from ska (before its 15 minutes of '90s fame) to underground hardcore to jazz. As a teen musician, I spent equal amounts of time performing and listening to indie rock, jazz, and Christian music.

From my experience as a university jazz student, I found that a lot of my colleagues had narrow-minded views of what they perceived to be proper listening habits. A trombonist roommate once scolded me upon finding that there were only 6 jazz tracks in the top 10 of my "Most Played" list on iTunes. In this current discussion of building a young jazz audience, I feel uniquely qualified to advise jazz-agnostic music fans through the sometimes daunting waters of jazz listening.

To be perfectly honest, the jazz that most often packs the biggest emotional punch for me is that which exhibits some awareness of non-jazz styles. If I were to put together a list of my favorite jazz albums from the last 10 years, it wouldn't look all that different from the list I'm offering now: it's designed for maximum appeal to young music fans still unsure about jazz. There are visceral grooves, engaging melodies, exhilarating improvisations, and intelligent orchestrations. Most of all, every track has something that should pull in any casual listener and make them want more.

1. Brad Mehldau, Largo (Nonesuch)
This album was a big one for me: it fuses masterful jazz improvisation with modern rock production. It's also the one jazz album that excited my indie rock-obsessed high school friends (who openly admitted that they only attended my jazz gigs to support me, not for the music). Some of them even purchased their own copies of Largo with actual money!

Brad Mehldau has been called the most influential jazz musician of his generation (Generation X, that is), and he has never been afraid to wear his rock and folk influences on his sleeve, often covering Radiohead and Nick Drake alongside Cole Porter and the Gershwins. Largo, however, brought the rock influence to the fore, with the assistance of superstar producer Jon Brion and some of L.A.'s best studio musicians. The lead-off track, "When it Rains," has everything I love about the album: a gorgeously simple melody, lush wind orchestration, deeply grooving drumming, a heart-stopping piano solo and even some good old 3-over-4 polyrhythms for the drumming nerd in me.

2. Fly, Fly (Savoy Jazz)
This track probably sounds more like "jazz" than anything else on the list, but it still isn't anywhere near classic Oscar Peterson or Sonny Rollins. Fly is a collective composed of three celebrated modern jazz players, and is notable for its lack of a chordal instrument: none of the three instruments can play more than one note at a time. (Piano and guitar usually perform that role.) The result is raw and immediate, yet unbelievably subtle because of these particular musicians. Jeff Ballard's drumming is a marvel: he grooves like a funk drummer, but colors and accents like a jazz master. The tuneful, repeating bass line and lyrical melody make this track a joy. As Brad Mehldau himself wrote, "[Fly] hits the head and then seeps into the heart -- not one at the expense of the other."

3. The RH Factor, Distractions (Verve).
Roy Hargrove is one of the most influential jazz trumpet players of the last two decades. He's released a slew of well-received hard-bop albums, but he began exploring funk and hip-hop in a big way in 2003 in a new band, The RH Factor. "Crazy Race," from the group's second album, is about as catchy as modern jazz gets. The repeating melodic line is incredibly simple, but doesn't get old. Hargrove introduces the melody on trumpet before R&B singer Renee Neufville sings a few verses on the same notes, leading to a group improvisation among the horns. The underlying groove is impossibly funky, and the jazz blowing on top of it should be enough to whet any R&B fan's appetite for more. "Crazy Race" is also one of the few jazz songs composed in the 21st Century that I remember being performed by a university combo during my time in college.

5. Led Bib, Sensible Shoes (Cuneiform)
Led Bib is a group of young British maverick jazz musicians who have seen much success in their home country in recent years. They occupy an interesting stylistic realm between progressive rock and avant-garde jazz.

"Yes, Again" is the leadoff track from their Mercury-prize-nominated (it's a big deal in England) 2009 release, Sensible Shoes. Referred to on the band's Web site as a "deranged waltz," the piece covers a lot of ground; a melancholy piano introduction slowly builds to a powerful ensemble section before the bottom drops out. New ideas are explored and abandoned, at some points escalating to near chaos. While the improvisation can get abstruse, there is always some element -- rhythmic, melodic or timbral -- that seems familiar. Essentially, this is really intelligent hard rock. Or maybe it's really hard-edged jazz. I guess you'll just have to listen for yourself.

2. Matt Ulery's Loom, Music Box Ballerina (Woolgathering Music)
Chicago bassist Ulery is still way under the radar, but his compositions, which fuse jazz with Eastern European folk music and indie rock, among other influences, are among the most engaging and emotionally powerful I've ever heard.

3. Todd Sickafoose, Tiny Resistors (Cryptogramophone)
This one has some of the same DNA as Mehldau's Largo: rock production meets jazz composition and improvisation. Cameos by alt-crowd favorites Andrew Bird and Ani DiFranco should also pique the interest of the young 'uns.

4. Ben Allison, Little Things Run the World (Palmetto)
Allison is a killer bassist, but an even more notable composer: he spins out melodies that are so perfect you'll swear you've heard them before. Little Things is his most rock-oriented record, with guitarist Steve Cardenas turning up the fuzz, but the playing is as subtle and empathetic as the best jazz.

5. Dafnis Prieto, Taking the Soul for a Walk (Dafnison Music)
This young Cuban-born drummer has amassed inhuman chops on his instrument, and has developed a smart, personal way of composing in a Latin jazz style.