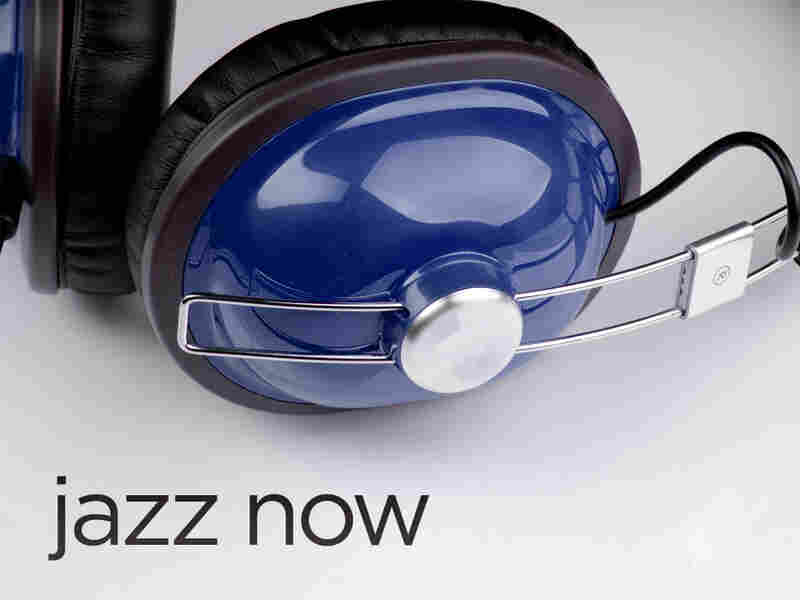 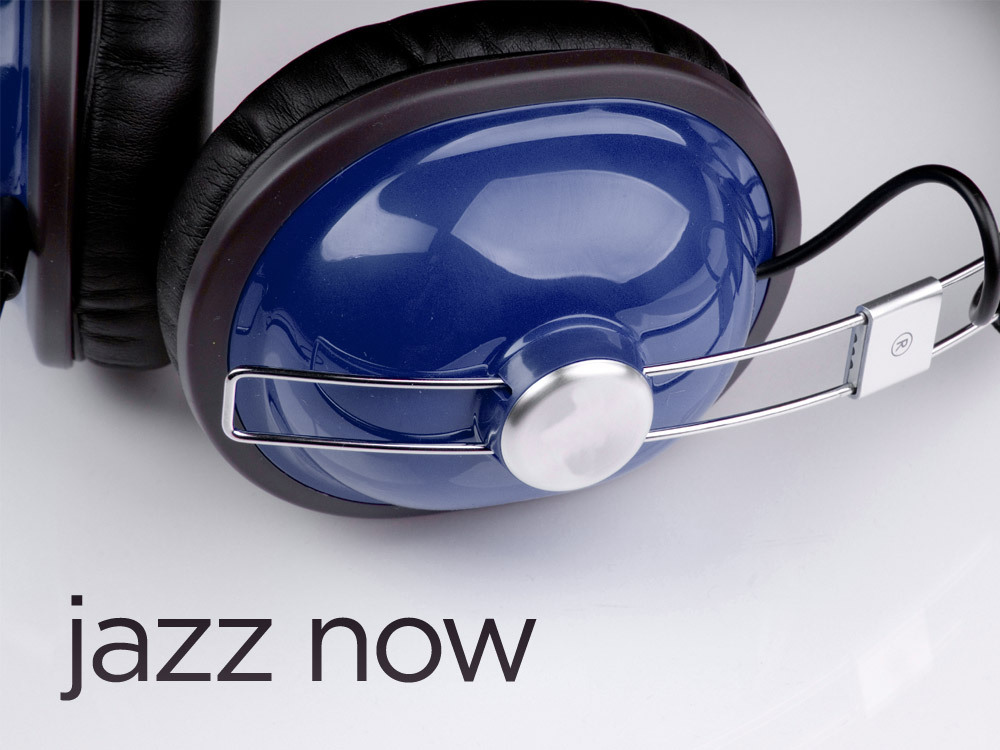 I'll confess: I had to learn to appreciate what's going on in the jazz scene today. Growing up in a mid-size Midwestern city, I didn't have immediate access to many masters of the present moment. So I listened to lots of records -- in particular, old records. Even when I was living in New York, it took some time to unlearn the tendency to compare new music to the recordings of yesteryear.

But more than ever, today's jazz musicians don't worry about positioning themselves within the canon. Much of the music mentioned here does mine jazz's rich history for inspiration, sure, but it's not necessarily in a "worship the ancestors" sort of way. And once I understood that this music wasn't designed to be validated in light of, say, Art Blakey, I began to appreciate the diverse array of people searching for original voices within their own personal experiences. Jazz now is inspired by, workshopped on and recorded in ways that deserve their own terms of evaluation.

For our Jazz Now series, I picked five albums with an eye toward immediate gratification -- all made with the sort of seriousness that reveals itself fully after multiple listens. I also considered some of the narratives and trends I see in modern jazz, but this isn't intended as a comprehensive portrait of the scene today, either. This is just some stuff I like, which I think others would like, too.

1. The Bad Plus, These Are The Vistas (Columbia)
I think this was the first jazz record I ever wrote about; I did a review of it for my high-school newspaper back when it came out in 2003. (I don't think it's been archived on the Internet yet, fortunately.) I recall effusively praising the trio's embrace of Nirvana, Blondie and Aphex Twin anthems.

Years later, that doesn't seem as revolutionary as it did when I was 17, but the whole record (including the stellar originals) still stands out to me as a landmark of contemporary jazz. If they weren't the first to tackle modern pop covers, they certainly drew a lot of media attention for it. (I think I actually heard about the record on All Songs Considered, well before working with Bob Boilen was even a remote possibility.)

The way they did it -- by treating those covers as vehicles for serious, uniquely styled musicianship, thus collapsing allegedly high and low art -- was not only mind-expanding to me; it was also sonically addictive. So many of the sounds seemed new, but anchored by familiarity: Ethan Iverson's swirling piano solos, Dave King's virtuosity in abundance, the palpable but not overbearing post-production craft. These guys were (are?) the Bee's Knees of the jazz media for a reason. Take time to engage with what they're trying, and their music keeps giving.

See Also:
--Mostly Other People Do The Killing, This Is Our Moosic (Hot Cup): Post-modernism at its psychotic funnest.
--Vijay Iyer Trio, Historicity (ACT Music): Includes the smartest, most rigorous way anyone has ever tackled the music of M.I.A. (among other covers).

2. Maria Schneider, Concert In The Garden (ArtistShare)
Ok, so this record is really, really good, sure. Imaginative, majestic, full of killer blowing and that distinctively floating, heliotropic, Schneiderian ambition. It's outright stunningly beautiful, which is a "way in" for people who like music but are scared of jazz. (Vocalist Luciana Souza in her finest backup role, y'all.) Plus, solely as a matter of personal opinion, I find this grooves harder than Sky Blue, which the critical consensus found to be one of the best albums of 2007.

But this record makes my list because it lies at the intersection of many different important undercurrents in modern jazz. Like much of the most innovative Latin jazz today, it subsumes serious musicological inquiry into Iberian and Latin American music into creating a new Afro-Western hybrid -- sort of a contemporary version of what Jelly Roll Morton called the "Spanish Tinge." It's also a big band record, and from a working group at that, which spotlights a counterintuitive trend: at a time when putting together a big band is more impractical, anachronistic and financially unsustainable than ever before, there seems to be a minor renaissance in people wanting to do it. Finally, the recording was funded through ArtistShare, and the compositions were commissioned by various state or private patrons. In today's economic climate, where nobody seems to want to spend money on anything, let alone legally-acquired music, the privately-funded business model seems to be growing steadily in importance. Also, it's really, really good. Have I said that yet?

See Also:
--Guillermo Klein, Los Guachos III (Sunnyside): Almost all of the foregoing applies here too; plus, the exciting parts are even more potently condensed.
--Darcy James Argue's Secret Society, Infernal Machines (New Amsterdam): "The feeling I had when I used to play in these old swing bands where they really swung, but in this case, it's more like rocking out." --trumpeter Ingrid Jensen

3. Gretchen Parlato, In A Dream (Obliqsound)
People generally like singing, so I'm picking a jazz vocal record -- one that is anything but token. Gretchen Parlato isn't a torch singer, at least not in a lusty balladeer sort of way; her voice coos, breathy and wistful and pitch-perfect. And boy, does she know how to sculpt an arrangement. Her choice of material on her new In A Dream certainly isn't typical jazz-singer territory, ranging from Stevie Wonder via Michael Jackson's Off The Wall (heard below) to fusion-era Herbie Hancock and hard-bop era Wayne Shorter and then some. But again, she has a sense for making her palette mesh with her musical imagination. It helps when that palette includes top-flight musicians: on this record, Parlato surrounds herself with the rhythm section of the Terence Blanchard quartet circa 2007, plus the awesome mouth noises of Benin-born acoustic guitarist/mouth-noise maker Lionel Loueke. (Also dig the Parlato-Loueke vocal duet on "Doralice," reconfigured as a series of handclaps, hummed riffs and spastic exclamations; live, that tune is often a vocal-drums duet.) For us jazz insider types, it's looking like her time has finally come; the jazz neophyte may wonder why it hasn't arrived earlier. (Related: Parlato in-studio at WBGO.)

4. Polar Bear, Polar Bear (Tin Angel)
One of the coolest things about this point in jazz history is that musicians themselves can live anywhere in the broadband-enabled world, and we can instantly hear what they're working from across oceans. Take Polar Bear, a London five-piece with two tenor saxes, bass, a drummer with hair that could be considered an occupational hazard (leader Seb Rochford), and a guy whose primary job it is to make funny noises with laptops and found objects. Long a point of pride for the U.K. jazz scene, dudes clearly have some avant-garde tendencies, but not necessarily in an unstructured free-for-all sort of way. There are plenty of immediately perceptible anchors to the band's music, be it the preponderance of giddily pulsing grooves, the catchy melodic fragments, or just the warm hue of a saxophone against woody acoustic bass. In "tomlovesalicelovestom," from the band's self-titled third album, fuzz generator Leafcutter John even gets the spotlight -- which he uses to play with a deflating balloon -- but his work is always in service to something that feels innately familiar. It's the sort of thing that would be at home on tour with experimental-yet-engaging rock bands like Dirty Projectors and Lucky Dragons -- hey, will you look at that.

See Also:
--Atomic, Retrograde (Jazzland): Five Scandinavians using "the new thing" of the '50s and '60s as inspiration for modern (and often quite lyrical) free jazz.
--The Vandermark 5, A Discontinuous Line (Atavistic): As I've maintained, the Chicago band is a great gateway to what's going on now in out music.

5. Stefon Harris and Blackout, Urbanus (Concord)
The musicians that mallet man Stefon Harris brought together for his ensemble Blackout are all conversant, if not fluent, in many forms of contemporary black popular music. Which sets up this interesting nuance: Harris and company are consciously making an argument for jazz as a relevant expression of African American city life (urban + us = Urbanus), all the while un-self-consciously distilling their entire musical heritage into their new album. Their eagerness to stock the toolkit with the language of modern R&B, funk, marching band, gospel, etc. -- whether a clipped-snare breakbeat, a melody processed through voice manipulation, or a greasy synth pad -- meshes naturally with their abilities to arrange and improvise in the jazz idiom. And I don't say that in a "if you like Stevie Wonder, you'll love this" sort of way (though the band does do a wonderful vocoder-ed out take on "They Won't Go [When I Go]"). Rather, these guys employ the occasional Fender Rhodes riff or saccharine saxophone gloss in search of genuine forms of beauty and exhilaration, those that resonate both with their training and their cultural milieu. And even if you choose not to engage those politics, the rigorous fun of the music still holds up. Now, for a hip go-go-inspired take on a melody from Gershwin's Porgy and Bess (or have I just been living in Washington too long?):

See Also:
--Esperanza Spalding, Esperanza (Heads Up): Came for the airy Brazilian melodies and R&B lilt, stayed for the sheer audacity of it all.
--Mike Reed's People, Places and Things, Proliferation (482 Music): A hard-edged and smartly contemporary reading on post-bop of a bygone era.