Accessibility links
The Grammys and Jazz: Not What You Think : A Blog Supreme Rather than indulging the perennial, tired, no-win argument about the value of a Grammy nomination or win, Felix Contreras point out how many jazz musicians were recognized for their work beyond the nominees in six jazz-specific categories. And al...

The Grammys and Jazz: Not What You Think

The Grammys and Jazz: Not What You Think 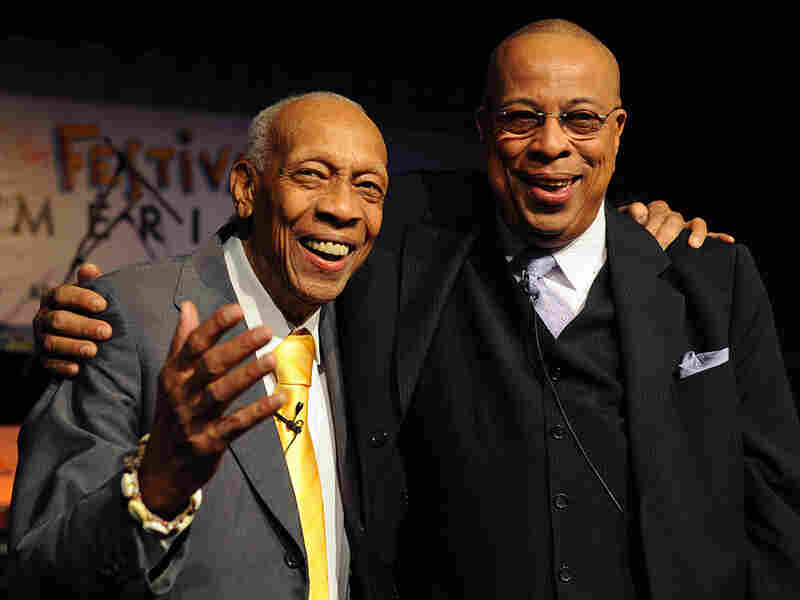 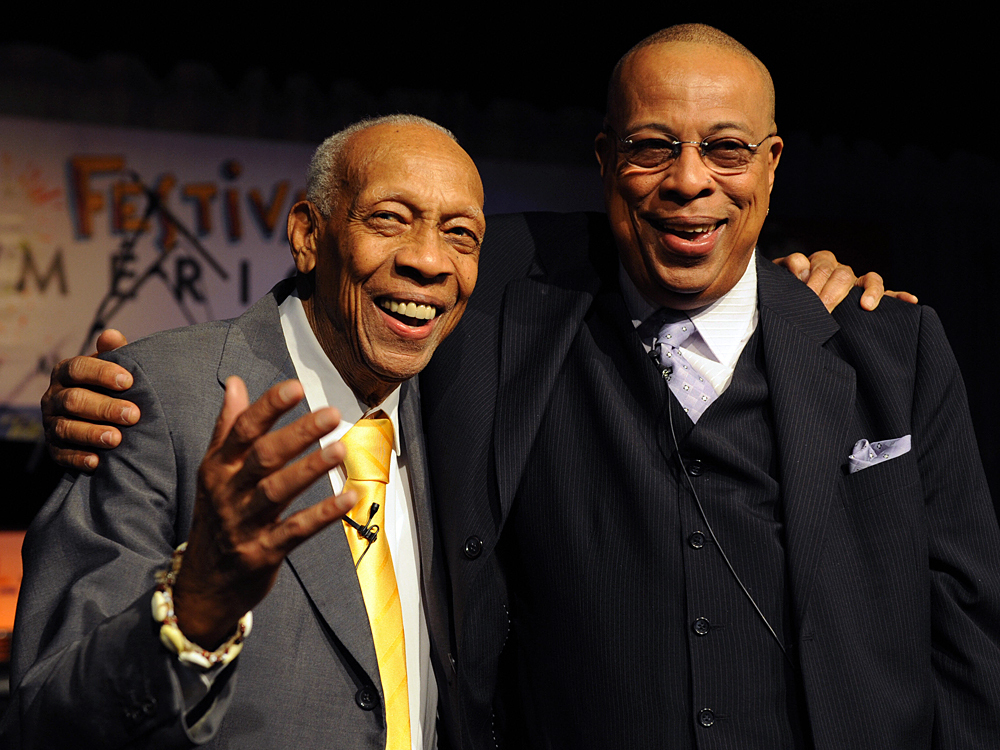 Another year, another Grammy nomination for Bebo Valdes (left) — pictured here with his son and co-nominee Chucho Valdes.

First of all, can Bebo Valdes stop making records so others can get nominated?

I'm kidding, of course. But I was not surprised to find Don Bebo's latest disc among the list of nominees for the 52nd annual Grammy Awards. The duo album with his son, Chucho Valdes, Juntos Para Siempre, was among five nominees for Best Latin Jazz Recording.

I'm a huge fan, and I'm always glad to see someone who deserves recognition get it. I mean the guy has spent his 80s collecting and winning Grammys after decades of anonymity playing piano bars in Sweden. He's a genuine pioneer whose creativity continues to burn intensely, and he just celebrated his 91st birthday in October. His new CD is worthy of your attention. So there.

The rest of this post will be more generally about The Grammys and jazz. But before you close this browser tab -- I'm not going to get into the perennial, tired, no-win argument about the value of a Grammy nomination or win. Or whether the Recording Academy rewards innovation or perpetuates a clubby, middle-of-the-road perspective. You can fight amongst yourselves about that somewhere else.

I'd like to use this post to point out how many jazz musicians were recognized for their work beyond the nominees in six jazz-specific categories (Best Contemporary Jazz Album, Best Jazz Vocal Album, Best Improvised Solo, Best Instrumental Album, Best Large Jazz Ensemble Album, Best Latin Jazz Album). Like Colombo in his wrinkled coat, I poked around, looked at the evidence from different angles, chomped on my cigar, looked under every rock and found: 27 artists nominated in 13 categories that were not under Field 10 -- Jazz.

Jazz arrangers share the spotlight with film folks in three categories for composers and arrangers. Keep in mind, jazz arrangers usually get paid for the arrangements and nothing else. No royalties, no CD sales, no money from gigs. And jazz arrangers usually make less than the post office counter workers who put stamps on the large envelopes with their work. So give it up for the arrangers and composers who dominated Category 85, Best Instrumental Arrangement, leaving just one of the five nominations to a film composer. Special shout out to veteran arranger Vince Mendoza who was nominated twice in two different categories.

Many jazz fans are late to the digital download, or even resistant, because we like to read liner notes. It's an old habit we hate to give up. Which is why there is almost always at least one jazz nominee in Best Album Notes. This year it's noted jazz historian, archivist and all-around nice guy Dan Morgenstern for his notes in a Louis Armstrong box set.

Jazz is represented among the nominees for Producer of the Year: the ever-prolific Larry Klein's work for vocalist Luciana Souza's album Tide is standing tall among albums by Bruce Springsteen, Elvis Costello, The Bird and the Bee, Ray LaMontagne and Pearl Jam.

Now, I'm sure our friends in the classical world don't see a reason to celebrate jazz moving onto their turf. But we do. (Snicker.) Paquito D'Rivera was nominated in Category 107, Best Classical Crossover Album, which also featured the Quartet San Francisco playing the music of Dave Brubeck, and Kneebody with Theo Bleckmann playing the music of Charles Ives. And: hey classical people, BELA FLECK IS IN UR NOMINACHUNS, INVADING UR CATEGOREEZ!!!!!

I think that was enough of a distraction for us to move on to one final observation: all the smooth jazz albums are gathered, under Category 10, Best Pop Instrumental Album. Chris Botti, Hiroshima, The Rippingtons and Spyro Gyra are all represented there. As pop. Not jazz. So stop with the "smooth jazz is not really jazz" rants already. If the Recording Academy says so, it must be true!

Here, again, is the link to the Grammy website. Do your own investigative work and see how much jazz is woven into the awards. And let me know if I missed anything.

Congrats to all the jazz men and women who were nominated in all categories!