Accessibility links
The Year-End List Of Lists 2009 : A Blog Supreme So this year, inspired by The Fader blog's wonderful Listmania feature, we present a list of lists, capturing the year in jazz ephemera from NPR Music's vantage point. 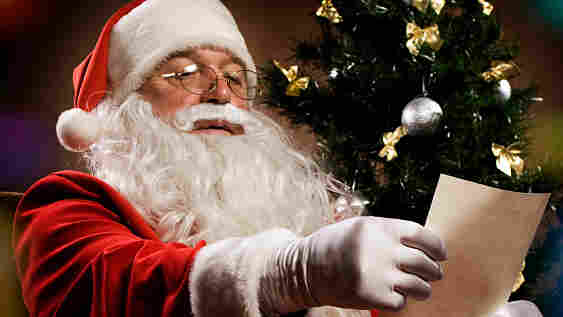 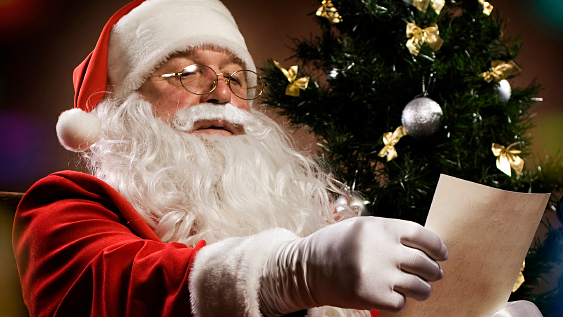 I know, I know, you've been clamoring to see my top 10 jazz albums of the year throwdown. I see you, all three of you actually interested -- I'm still working on something to appease the year-end listmaking gods, lest my music junkie badge be revoked. But the exercise always leaves me feeling like I haven't heard enough records to make a proper list. I mean, there's always that promising free-ish trio record on an obscure Dutch label which you just never got around to checking out in time, and there are always like twenty of them.

So this year, inspired by The Fader blog's wonderful Listmania feature (see: 2009 edition), we present a list of lists, capturing the year in jazz ephemera from NPR Music's vantage point. If you want a more traditional top 10, try the Take Five list, Josh Jackson's list (WBGO), or Shaunna Morrison Machosky's list (WDUQ). If you want something even more arbitrarily ranked, but longer and less useful, read on:

Books about jazz that came out in 2009 I would have read if I had had the time to read books any more:
1. Robin D.G. Kelley, Thelonious Monk: The Life And Times Of An American Original
2. Terry Teachout, Pops
3. Mark Miller, Herbie Nichols: A Jazzist's Life
4. Helene LaFaro-Fernandez, Jade Visions: The Life And Music Of Scott LaFaro
5. Elijah Wald, How The Beatles Destroyed Rock And Roll (actually, I have started reading this and it may become an interview for ABS -- it's a great historiography of popular music at large, including early jazz)
6. Freedom, Rhythm & Sound
7. Gary Giddens & Scott DeVeaux, Jazz
8. Bo Lindstrom & Dan Vernhettes, Traveling Blues: The Life and Music of Tommy Ladnier
9. Stuart Broomer, Time And Anthony Braxton
10. Probably a few others I've forgotten

Top things which the Boss Lady has used to describe works of jazz:
3. Old Movies
2. Dancing
1. Old Movies with Dancing in them

Possible/confirmed collaborations I have spent time dreaming about this year:
4. When Muhal Richard Abrams plays with the Jazz At Lincoln Center Orchestra at the NEA Jazz Masters ceremony
3. If Guillermo Klein were to move back to New York and hire Sara Serpa (or Sofia Rei Koutsovitis) as the wordless vocalist in Los Guachos (the Luciana Souza role)
2. If Esperanza Spalding were to join Nicole Mitchell's Black Earth Strings, making for an all-female, all-African American, all super badass group
1. If Maria Schneider were to be commissioned by the IOC to come up with a new theme song for the 2010 Vancouver games, which she would be perfect at (I mean, have you heard Sky Blue? That record sounds like the Olympics)

Why this year is the year of the saxophone trio, in no particular order:
1. JD Allen, Shine!
2. Marcus Strickland, Idiosyncrasies
3. Darius Jones, Man'ish Boy
4. The Fully Celebrated, Drunk On The Blood Of The Holy Ones
5. Digital Primitives, Hum Crackle Pop
6. Fly, Sky And Country
7. Jerome Sabbagh, One Two Three
8. ACT, ACT
9. Because Sam Rivers and Sonny Rollins are still alive

Was this the year of the saxophone trio or the big band?
1. Big Band
2. Saxophone Trio
3. Didn't you hear? Jazz is dead and needs saving.

Best non-Jazz Now things to set the Jazz Internet abuzz this year:
5. Terry Teachout's "Can Jazz Be Saved?" column
4. The fall and rise of JazzTimes
3. Something that Wynton or Branford said, again
T-2. Darcy James Argue
T-2. Vijay Iyer
1. The continuing saga of Rafael Gisbert, jazz purist, and the man who rewarded him

Jazz writers who made odd, if not sniping comments about NPR on the Jazz Internet, ranked by how much I admire their writing anyway (truly, no joke):
2. Chris Rich
1. Ben Ratliff

People who linked to ABS who misspelled my name in doing so:
2. Everyone
1. Their Mother (it's OK, I'm used to it by now)

Best new jazz things of 2009 that aren't recordings or performances:
1. The Checkout
2. every new jazz blog combined, including this one

Five great Stevie Wonder jazz covers, 2009:
1. Stefon Harris, "They Won't Go (When I Go)"
2. Vijay Iyer, "Big Brother"
3. Gretchen Parlato, "I Can't Help It"
4. Marcus Strickland, "You've Got It Bad Girl"
5. something from Jen Chapin, Revisions: Songs Of Stevie Wonder, which I haven't heard in full but would imagine ought to make this list

Other 2009 albums on Sunnyside Records I have yet to give a full listen to, in the order I anticipate them stealing a place in the above list:
1. Roswell Rudd, Trombone Tribe
2. Ben Wendel, Simple Song
3. Venissa Santi, Bienvenida
4. Chris Morrissey, The Morning World
T-5. Like, 20 more. Seriously, Francois Zalacain, where do you get all these people? "What are your overheads?"

Favorite Newport Jazz Festival performances that were recorded by NPR Music:
1. I suppose you'd ask my mother to name her favorite child, too (it's my sister, I know, don't rub it in)