Accessibility links
Your Questions For Sonny Rollins, Answered (Sorta, Kinda) : A Blog Supreme Your humble correspondent tried to get an audience with Sonny Rollins — and did, sorta, kinda. 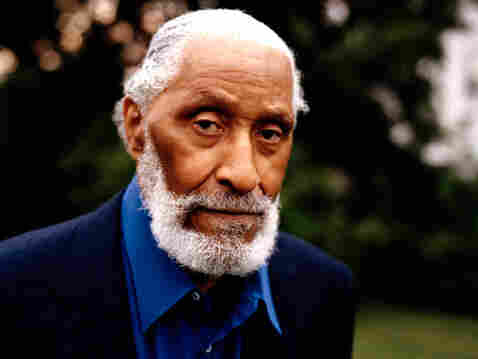 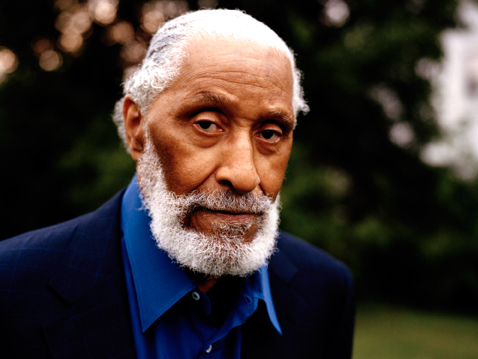 Earlier this week, I promised to try to take your questions for Sonny Rollins to him after his Wednesday night performance at Washington, D.C.'s Kennedy Center. So I wrote eight of them down in my reporter's notebook and took along a digital flash disk recorder for use after the show.

Your humble correspondent waited around backstage with the good people from the Washington Performing Arts Society for about an hour to try to talk to the great saxophonist. I finally got an audience with him -- shook his hand, introduced myself, all that -- and fielded some small talk with the circle he was entertaining at the moment. Politics, mostly. And then, literally as I was launching into question number one, the tour manager walked in ...

Journalist FAIL for not pressing the issue further, I suppose -- Sonny seemed game, and a really gentle gentleman. But I recovered in time to get two questions in edgewise while he was packing up. First, one from jeff_smith:

What was with the Mohawk [haircut of the mid '60s]?

Well, the mohawk was my attempt to pay homage to the Native Americans. There was a Native American guy that I know that used to come to see me when I was at the old Five Spot. ... This was back in the '50s. That sort of brought that to my attention.

And then one philosophical question, since Rollins was in an extemporizing mood. This from commenter henpow2nd: Why do we need music, if at all?

Why do I need it?

Well, why do you need it, or whatever. It's an open-ended question.

Sigh. Well, Sonny Rollins has been down here each of the last two years. The music gods willing, he'll be down here again on the other side of 80 years old. To be continued ...