Accessibility links
Kurt Elling: At The Grammys, Always The Bridesmaid ... : A Blog Supreme The jazz vocalist has a long history with the Grammy Awards: namely, that he keeps getting nominated, and keeps not winning. He's got a good chance this year with his 2009 tribute to Coltrane and Hartman, but he also has lots of stories to tell fr...

Kurt Elling: At The Grammys, Always The Bridesmaid ...

Kurt Elling: At The Grammys, Always The Bridesmaid ...

Kurt Elling is one of today's leading jazz vocalists, and this Sunday, he's co-hosting the Grammy Awards. Ok, it's the Grammy Pre-Telecast Ceremony, but the event, which presents many of the awards that aren't seen in the main ceremony, is filled with musical eminences in its own right: Elling himself is slated to perform, and artists like Mick Fleetwood, LMFAO and Colbie Caillat will introduce award winners. Video of the proceedings will also be streamed live online at the Grammy Web site. 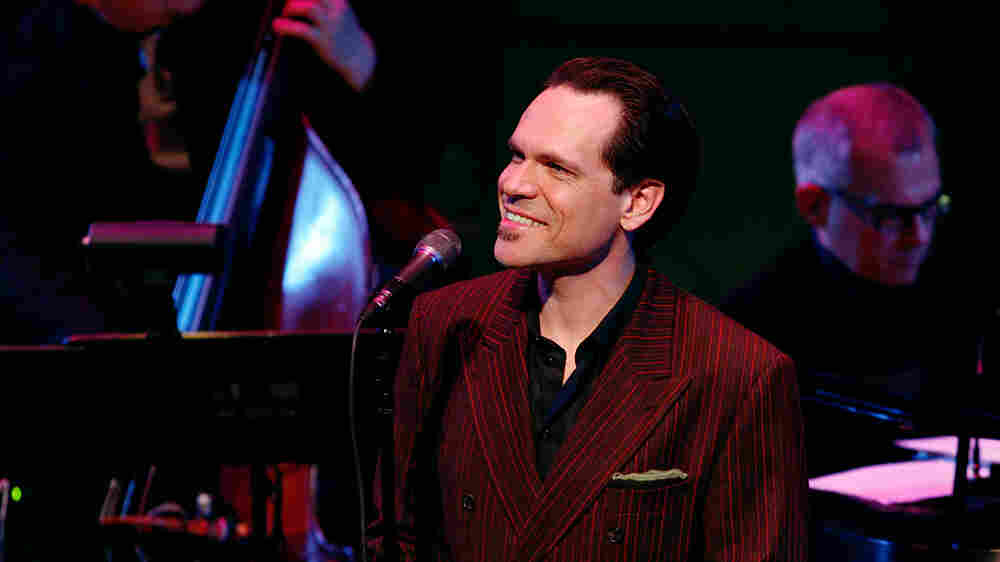 Elling has a long history with the Grammy Awards: namely, that he keeps getting nominated, and keeps not winning. He's got a good chance this year with Dedicated To You: Kurt Elling Sings The Music Of Coltrane And Hartman, up for the Best Jazz Vocal Album prize. But he's also logged a lot of time at the ceremonies waiting for his number to be called, and has some good stories to share.

I shot Elling a few questions over e-mail, and he was gracious enough to respond quickly.

What are your thoughts on being nominated so often without a win so far?

I try to remember that I make the music for its own sake. I would make these records if there were no Grammy Awards, or anything comparable. I have been so lucky to come to jazz so late and to be taken in so completely by jazz people. I love the music, and it has loved me back with a dear and searching intensity.

How many times have you been nominated in how many years?

Since 1995, I have been nominated nine times -- once for every recording I have released, and once for an arrangement my great collaborator, Laurence Hobgood, and I created.

The optimist would point out that you are consistently in very good company as a nominee.

Anyone with good taste in singers would think so. In past years I have been "up against" Shirley Horn, Abbey Lincoln, Dianne Reeves, Dee Dee Bridgewater and many others.

As you know, jazz awards are given out during the afternoon session, which we never get to see. What's the vibe like? Is it a little looser than the heavily scripted TV production?

The Academy has been trying for years to upgrade the experience of the pre-televised awards ceremony. Now, people can watch the whole thing online. They have a live band and musical performances, a professional set and a feeling at least approximating that of the telecast. It remains a looser experience, which is nice. I also like being in a huge room with so many people of exceptional musical gifts. The show itself is great, but I'd be much more likely to actually hang out with and collaborate with a guy from, say, the Bluegrass category than with Lady Gaga.

I once interviewed a jazz Grammy winner who told me he and his band were super-psyched to be part of the whole thing, because they got to see a limited-invitation performance by James Brown at one of the post-event shindigs. Do you have any stories like that? Have you been able to meet any idols or performers you respect from afar by being a nominee?

I remember the MusiCares Person of The Year when they celebrated Sting. That was killing. I got to meet Carlos Santana in a cargo elevator. He was there with an entourage and I was there with my wife. He was wearing John Coltrane's face on a t-shirt and I said, "Trane. Right on, man." And he said something like, "Yes, he was a genius and I love him. I love your music, too, man." And I said something like, "Thanks. I revere you." We smiled at each other, and when the doors opened, we split. That was the year he won Album of the Year for Supernatural. Who knows if he had any interest in my music at all, but it was a sweet exchange, nonetheless.

I've heard musicians say it is an honor just to be nominated and I believe them. But do you get a little anxious around Grammy time?

I am co-hosting the pre-tel[evised ceremony] this year and also singing a number with Lalah Hathaway. I'll just focus on that.

Kurt, we have our collective fingers crossed for you this year. Each of your albums has been stellar, but I'm partial to this last one since I'm a huge fan of the Coltrane/Hartman album (aren't we all?). You hit it out of the park with this one. Let's hope the Academy agrees.

Thanks very much. I also hope it will go my way this time.

Kurt Elling's Dedicated To You was released in 2009. Here is the promotional video for the album: