Accessibility links
11 Observations About Jazz And The 2010 Grammy Awards : A Blog Supreme Their relevance remains a contested issue, but one thing is for sure: the Grammy Awards aren't nearly as fun as complaining about them is. To that end, some commentary about jazz and the ceremony.

11 Observations About Jazz And The 2010 Grammy Awards

11 Observations About Jazz And The 2010 Grammy Awards 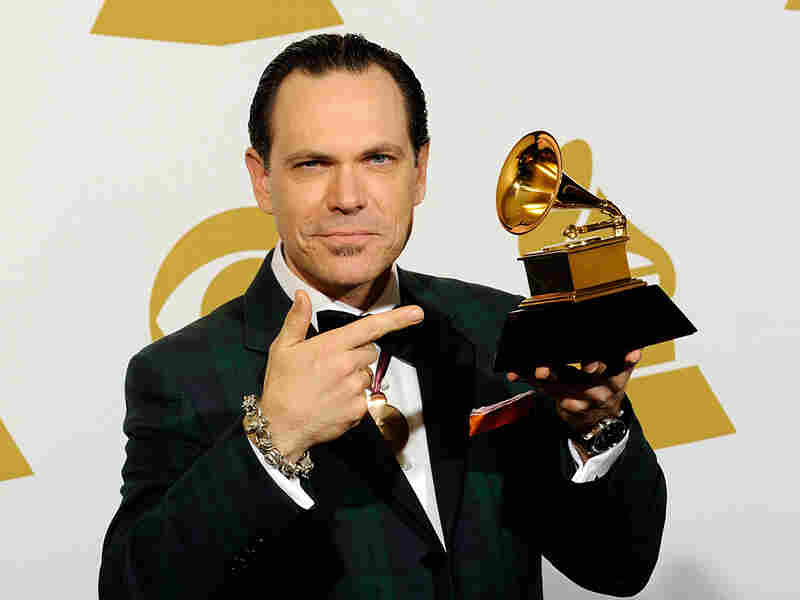 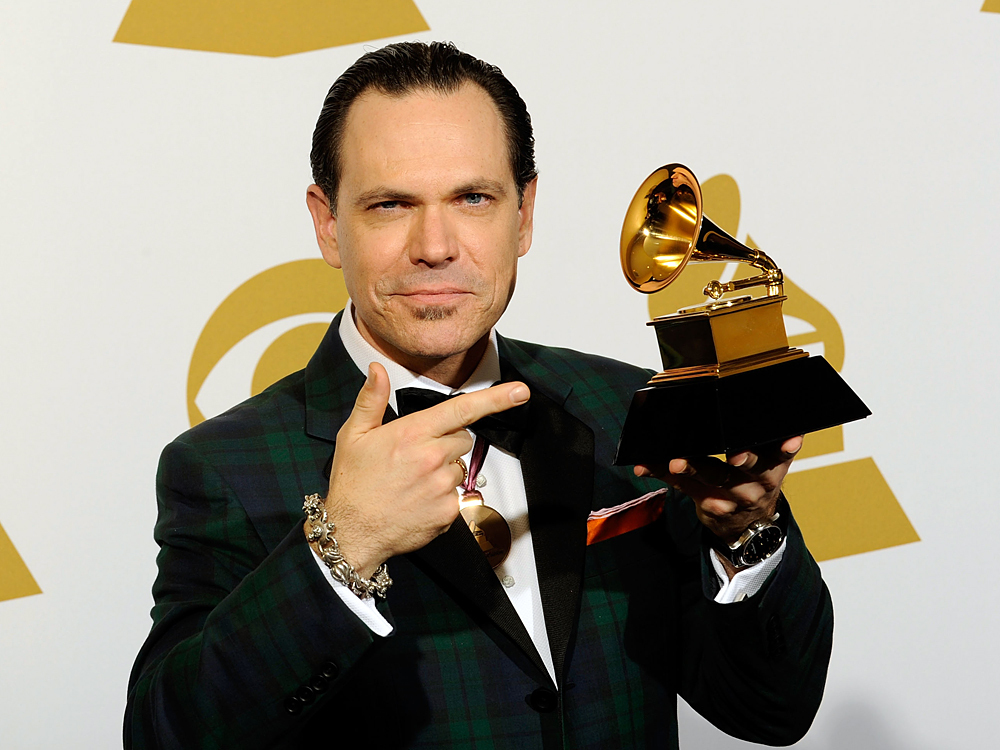 Kurt Elling: no longer the Susan Lucci of the jazz Grammy Awards.

Their relevance remains up for discussion, but one thing is for sure: The Grammy Awards aren't nearly as fun as complaining about them is. To that end:

1. There was really no way that Best Contemporary Jazz Album was going to go to anyone other than Joe Zawinul. I mean, all the other nominees are still alive, right?

2. There was also no doubt that Kurt Elling would take home Best Jazz Vocal Album. Asking him to host the pre-telecast ceremony, and asking him to perform, and knowing his history at the Grammys -- those were all sure-fire tipoffs. But even before all that, he made a John Coltrane/Johnny Hartman tribute album (and a worthy one to boot); NARAS voters are attracted to that sort of thing like cold moths to a bonfire. He could have gone up against Ella Fitzgerald in the '50s and still won.

3. For those of you who don't know: The (very good) R&B singer Maxwell works with a live band stacked with jazz talent. Drummer Chris Dave, bassist Derrick Hodge, keyboardist Robert Glasper, trumpeter Keyon Harrold, saxophonist Kenneth Whalum III and probably some others I didn't recognize all got their chance to play for national TV during "Pretty Wings," and then some. (Aside: Roberta Flack's intonation in 2010... oof.)

4. For those of you who don't know: The (very good) R&B singer Beyonce also works with a live band stacked with jazz talent. Her band members also happen to all be women. Drummer Kim Thompson, saxophonists Tia Fuller and Kat Rodriguez-Harrold, percussionist Marcie Chapa and other talented instrumentalists (some of whom also occasionally play jazz) joined her for "If I Were a Boy," as sung in a medley with, uh, Alanis Morissette's "You Oughta Know." (Aside: Wait, that just happened?)

5.5 Terence Blanchard and Ray Smuckles, the cat from the Web comic Achewood: separated at birth. You heard it here first.

6. Best Classical Crossover Album (i.e. the "earnestness FAIL award") was very nearly a jazz category this year, from all the jazz names spotlighted therein. It further supports Felix Contreras' point that jazz is embedded within the Grammys more than you would first think: Jazz people took home wins in instrumental arranging, liner notes and -- if you count him -- nearly anything that Bela Fleck touched. 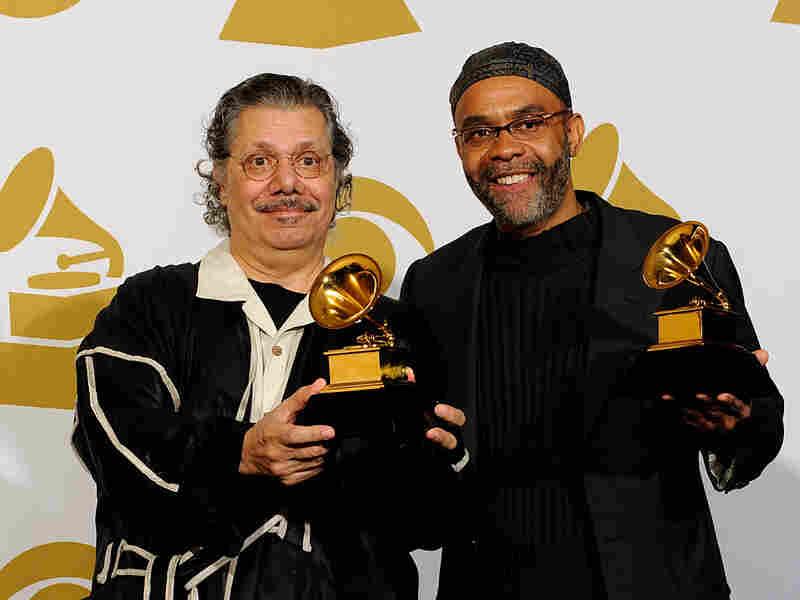 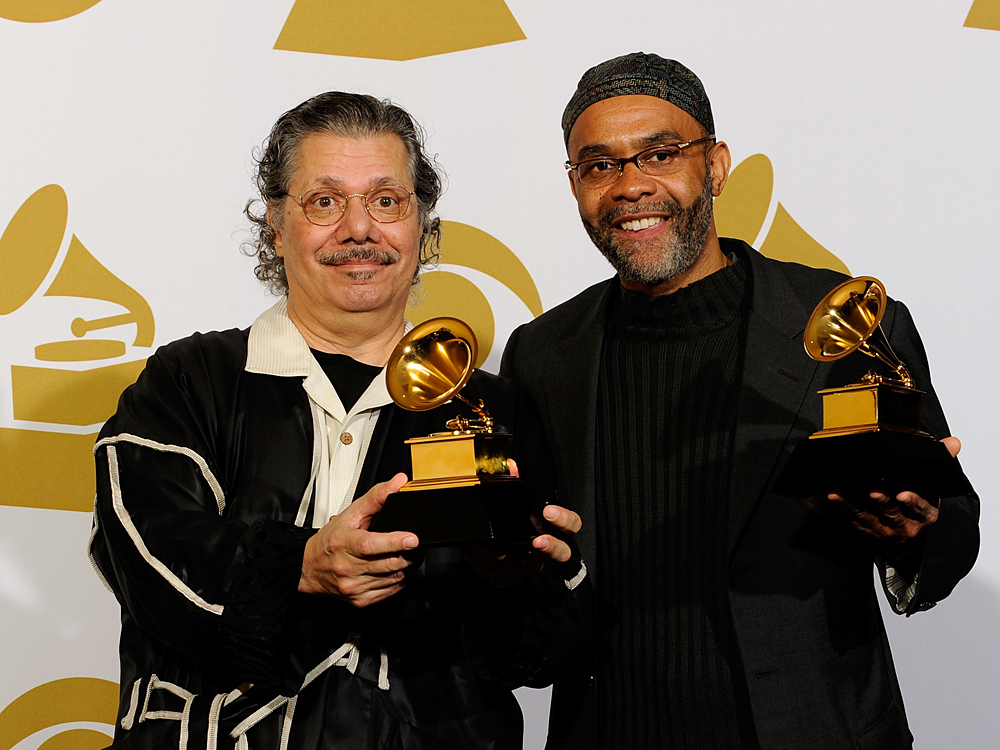 Kenny Garrett: "Yo, Chick, what's with the robe?"

7. Chick Corea's bathrobe/track-suit hybrid, which he wore to the pre-telecast ceremony, lends further evidence to my suspicion that since the mid-'70s, his wardrobe has been guided by the aesthetic principle of having just gotten up from a nap. (Doesn't make him less good at music; just sayin'.) He took home Best Jazz Instrumental Album for the Five Peace Band record co-led with John McLaughlin; I believe the proper response for that is "Meh." Also, there was exactly one bandleader under the age of 50 nominated for that category, that being drummer Antonio Sanchez as part of the supergroup with Gary Burton, Pat Metheny and Steve Swallow. An observation, not a judgment.

8. Don Bebo wins again for Best Latin Jazz Album, surprising exactly nobody. He's the man and he deserves any laurels coming his way, of course. (Over Miguel Zenon, Chembo Corniel and Geoff Keezer's records is a different issue, but whatever.) Still: The Grammys manage to achieve the rare feat of being predictable to a fault, and also faulty when they're unpredictable.

10. Admittedly, I haven't heard the New Orleans Jazz Orchestra record that won Best Large Jazz Ensemble Album. But I was rooting for John Hollenbeck, not only because I assume his Eternal Interlude is head-and-shoulders above the rest in originality, but because, as guitarist Scott Burton reminded me, dude is generally hilarious in public. If he wins next year for his forthcoming Claudia Quintet record, I fully expect him to wear his Viagra Racing ball cap on stage and lead everyone in a group meditation.

The actual winners of jazz Grammys are here.