Accessibility links
The Treme Brass Band: Welcome To New Orleans : A Blog Supreme For an admitted out-of-towner such as Patrick Jarenwattananon, the Treme Brass Band's weekly Wednesday night residency at the Candlelight Lounge felt like a ideal introduction to the unique, beautiful music of the city. 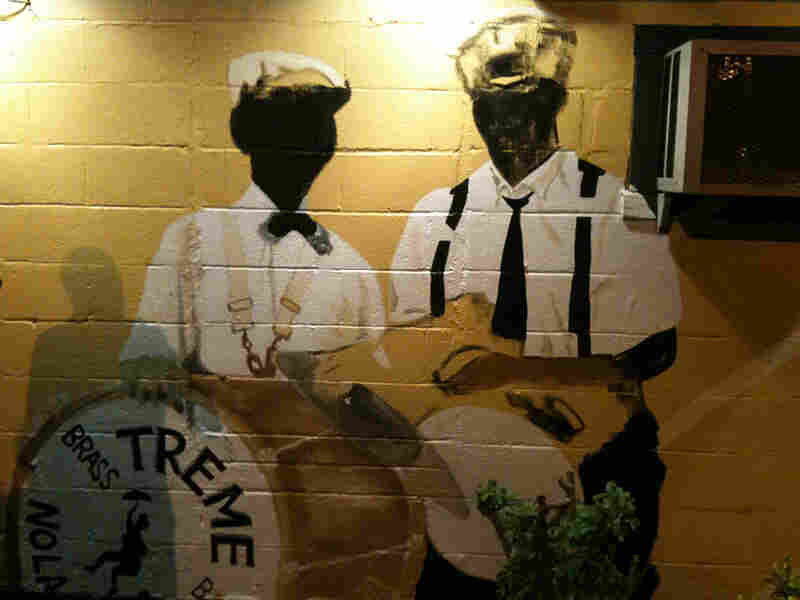 For an admitted out-of-towner such as I am, the Treme Brass Band's weekly Wednesday night residency at the Candlelight Lounge felt like a ideal introduction to the unique, beautiful music of this city. Three reasons:

1. People dance. For those of us used to the jazz listening rooms (and concert halls) of the East Coast, seeing many people dancing to instrumental music playing swing rhythms has a foreign aura about it. In this city, people have a different relationship to the blues. It includes moving a lot.

2. It is jazz, and it kind of isn't. Nearly all of the band's show was at the very heart of the jazz tradition: old standards, swing, polyphony, energetic solos, showmanship. But today, it's classified on the lower branches of the genre's family tree, largely apart from the mainstream modern small-group, post-hard-bop expression. Not much New Orleans music is jazz in the way jazz writers, including this one, [usually] enthuse about it now. But so much of it has jazz deeply embedded in its core.

3. It's actually native to New Orleans. Almost anywhere else, a brass band like Treme feels like a bit of a deliberate anachronism. You know, what kind of person commits to running an ensemble like that? In New Orleans, it's part of an uninterrupted, evolving tradition, one where young musicians grow up with this style rather than coming to it from an adult, quaintly-foreign, mash-up perspective. The Treme Brass Band is a neighborhood and community institution: it parades, it performs on big stages, it plays on Wednesdays. May it live on.

One other thing. The friend who I was with made an interesting comment in noticing that there were plenty of white people of all stripes — young and old, local and tourist — who strayed from their houses and hotels into the Treme neighborhood to see this gig. But at least in the early set, there weren't any African Americans, musicians or audience members, under the age of, say, 35. That's offered with minimal comment or qualification at the moment. But for a weekly gig with such a communal feeling to it — I mean, red beans and rice were served — it was striking.