Accessibility links
The Late Pianist Hank Jones On NPR : A Blog Supreme A musician whose career spanned the majority of jazz history and whose playing reflected the lion's share of it, died Sunday, May 16. He was 91. Hear recent interviews, performances and features with the elegant pianist. 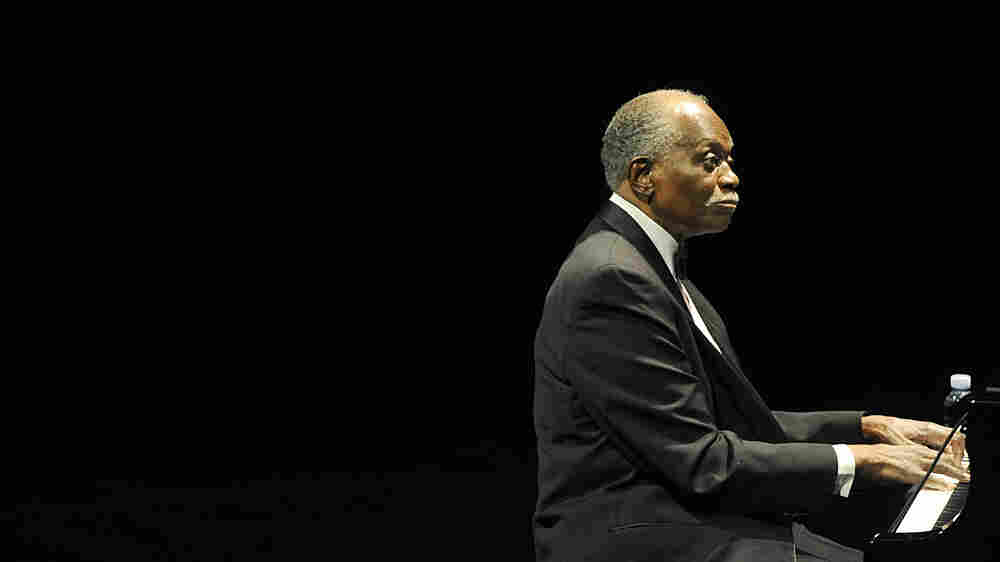 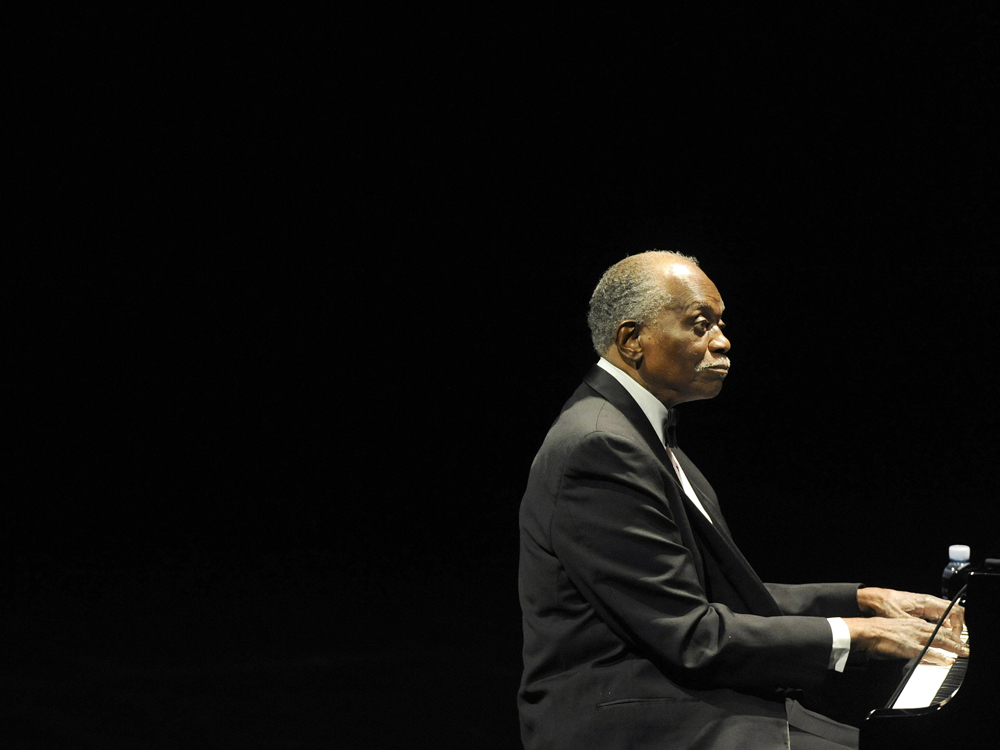 Hank Jones plays at the Jazzaldia Festival in San Sebastian, Spain in July 2009. Jones continued performing up until his death.

Hank Jones, a pianist whose career spanned the majority of jazz history and whose playing reflected the lion's share of it, has died. Born in 1918, he was 91.

Ninety-one! Chronologically, that means his formative years predated the bebop revolution of the mid-1940s. His inspiration came from even earlier sources: as he told NPR's Liane Hansen last year, his main influences were Earl Hines, Fats Waller, Teddy Wilson and Art Tatum. He had already absorbed stride piano as a vernacular before starting his career in the company of Swing Era giants -- and only afterwards did he begin working with the Charlie Parkers, Dizzy Gillespies and Ella Fitzgeralds of the world. After that point, he never stopped performing -- even this year, his schedule was booked through the fall.

Naturally, he was a man of great sagacity and swing -- and elegance, as I myself noted backstage at A Jazz Piano Christmas 2007. A full remembrance of his life's work is coming for air. In the meanwhile, do see these features from NPR's recent archives: