Accessibility links
What Was Your First Miles Davis Album? : A Blog Supreme As a belated 84th birthday musing, we wonder: how did you start listening to Miles Davis' recorded works? We want to know, even if -- like Felix Contreras -- you started in the electric jazz-rock period of the early 1970s.

What Was Your First Miles Davis Album?

What Was Your First Miles Davis Album? 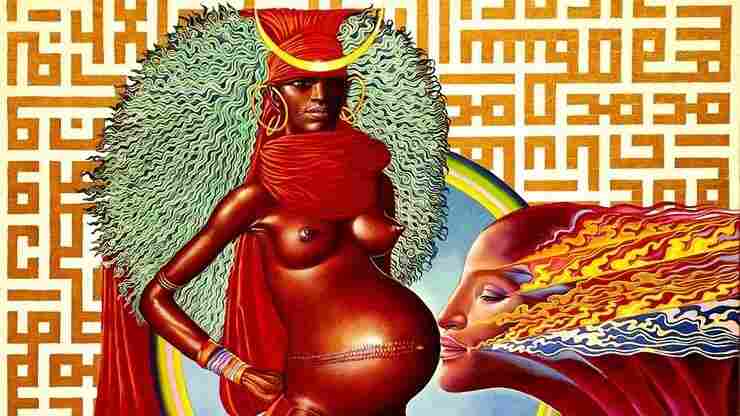 I usually check in here on Thursdays or Fridays, so we missed Miles Davis' birthday anniversary by at least one day. I'll still share something on my mind to mark what would have been Miles' 84th.

The first Miles Davis album I heard was Live-Evil. How scary is that?

For those unfamiliar with Miles' recorded works, it's an unconventional place to dip your toe into the water. It's electric, dense, deliberate -- but ultimately glorious in its mash-up of crunchy hard rock guitar, funk and disregard for expectations. As a budding percussionist I was forever changed by Airto's avant-garde use of traditional Brazilian instruments.

From Live-Evil it was on to Get Up With It, with its organ drones and plaintive, electronically-treated trumpet blasts. Then Live At the Fillmore and Dark Magus. All records from Miles Davis' electric period -- and all not in the usual Top Ten Miles Davis lists.

By that time, someone had already given me a copy of Kind of Blue, but I don't think I had even opened it. This was 1976-77, and I was into hard rock, Sly Stone and Jimi Hendrix. Electric Miles made sense to me.

That's why the upcoming deluxe re-release(s) of Bitches Brew have my mouth watering. Remastered songs, unreleased tracks, DVDs of his band from that period (1970): It's all a treasure trove of the DNA of Miles' electric period. Though I still have my vinyl copy, as well as various CD versions, I'm excited to listen again to how it all started and put it into the context of what came after. As for the extravagant packaging: some of us still dig getting all the cool things that come in big vinyl-album-size boxes after years of opening those ridiculously small CD cases with tiny print and lame album cover art.

Is it a blatant attempt to sell even more Miles Davis records? Maybe. But Miles Davis albums will probably sell no matter what record companies do to market them. And for that we can be grateful.

What was your first Miles Davis album?