"The Breath" by Ideal Bread

Judging By The Cover: Steve Lacy And Ideal Bread 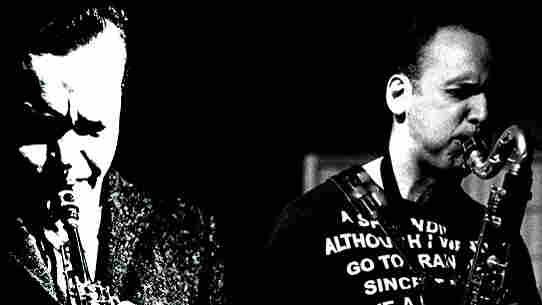 "The Breath" by Ideal Bread

"The Breath" by Steve Lacy

It's a great read, but didn't include any of Ideal Bread's music. Hence, we've revived our Judging By The Cover feature, which pits the original alongside the new version.

The Original: "The Breath" is part of Steve Lacy's Tao Suite, which evolved over a 20-year period. It's based on a 2000 year-old Chinese text, the Tao Te Ching by Lao-Tzu. Though it has been arranged for groups (as heard on 1969's Moon), more often, Lacy performed it solo. The melody flutters in and out of Lacy's soprano sax between, well, breathy yet effortless deviations, like the wide-eyed first flight of a baby bird. For an instrument that often inspires jokes about Kenny G, Lacy really was the supreme voice of the soprano sax, creating a very specific musical vocabulary that was shrill, real and ultimately stunning.

The Cover: The first thing you notice on this recording, of course, is the lack of soprano sax. As Phil Freeman noted during his 31 Days of Album Reviews, "I don't care who's playing the skinny horn: John Coltrane, Wayne Shorter, even Lacy himself. It's like someone's drilling my teeth at gunpoint. Hate, hate, hate." (Once again, the Kenny G joke.) Ideal Bread skips the "skinny horn" all together and feature's Josh Sinton's baritone sax. While I personally enjoy Lacy's playing, hearing the opening melody two registers down is quite welcome, lending itself to smoky swagger. His band -- the other significant change on this version -- digs hard into a groove, but allows for the same between-melody flutter heard on the original.

What The Artist Says: "It took me a long time to figure out when he was soloing on this piece and when he was playing written music. I had to listen to other versions of the same piece to finally put it together. For me, there is no difference between freely improvised music and pre-composed material. That's not a platonic ideal. It's just a matter of how you perceive things. Listen to what he's doing with this tool. The saxophone is a tool, just like a wrench or a screwdriver.  The question becomes, 'What are your ends?' The saxophone is just a means to facilitate that. Usually, he did it as a march. This is the only version I know as a gentle kind of ballad. It's the version I used for our CD, Transmit." --Josh Sinton

What We Think: Even though "The Breath" as heard on Moon seems like the obvious point of reference for Ideal Bread -- it's a full band, it hits a groove, it even follows the same structure a bit -- I can totally hear more from the solo performance on Weal & Woe. The Moon version has a bit more of New Thing fire -- not Albert Ayler hot, mind you, but, you know, pretty steamy for Lacy. Ideal Bread really does capture the "The Breath" as a ballad that croons as much as it abstracts.