Accessibility links
The Jazz Composers Orchestra Institute: Seismic Shifts In Sound : A Blog Supreme The recently completed workshop, whose students were as accomplished as its faculty, was designed to give jazz musicians access to new developments in orchestral writing. In the process, it appeared to be jazz history in the making. 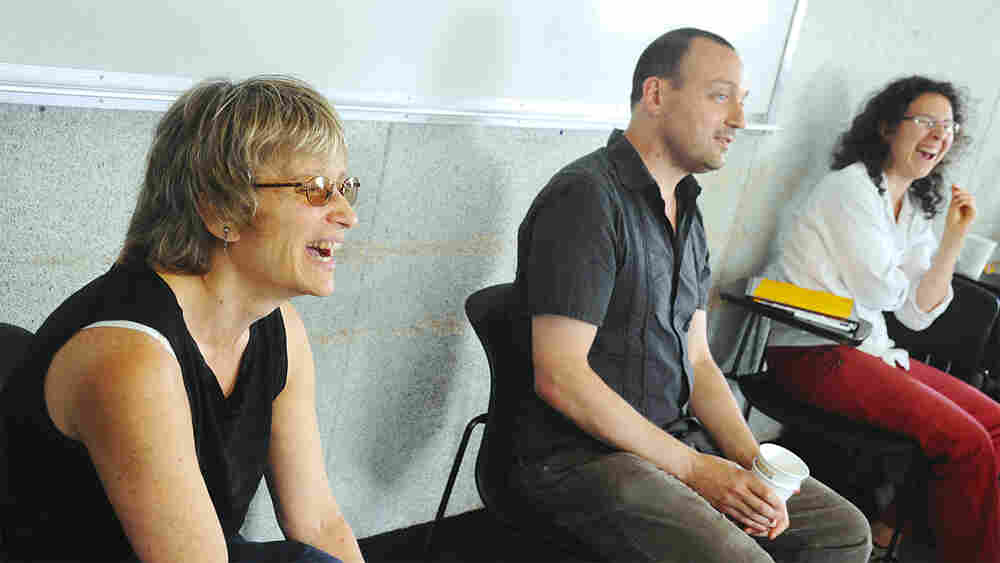 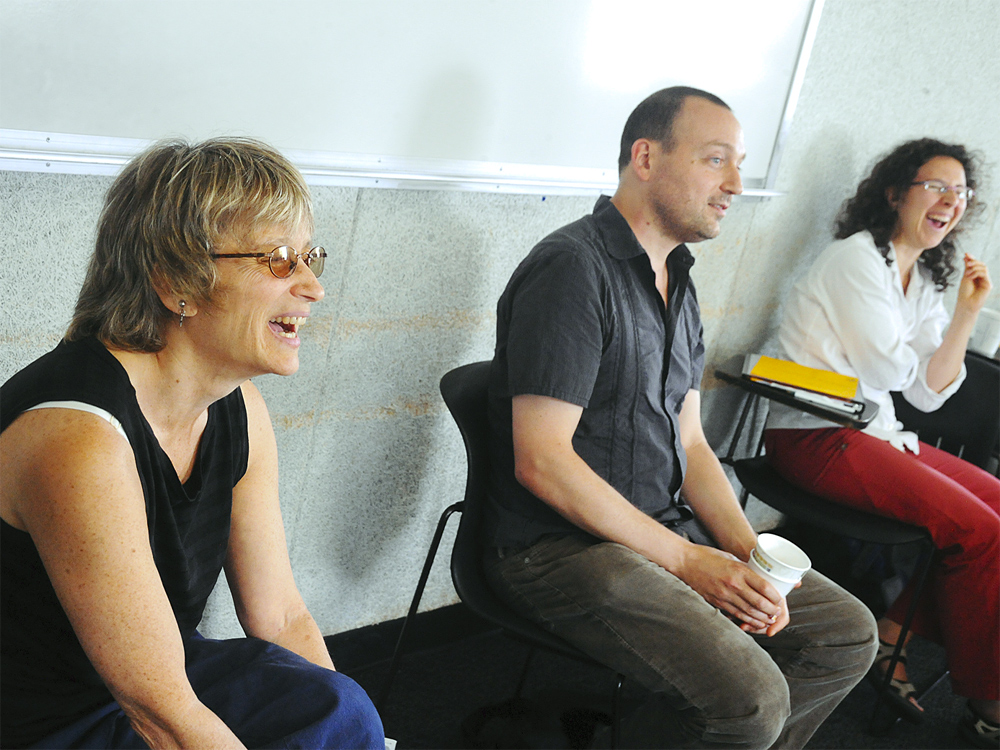 A stupid word like 'jazz' is not going to hold me back from doing what I want to do with a set of instruments, or with a set of people, or with an environment, or with discourse.
--George Lewis, from the stage of Miller Theatre

Looking back at jazz history, it's not hard to identify the important musical training grounds, places that sparked a kind of extended creative combustion through long lists of influential teachers and alumni. The Lenox School of Jazz, a summer program in the late '50s attended by Ornette Coleman, Don Cherry and Ran Blake, could be considered one such place. The studio of the late composer and pianist Lennie Tristano, where young players sometimes found themselves rubbing elbows with Art Pepper or Lee Konitz, was another.

Hindsight may be 20/20, but the recently-completed Jazz Composers Orchestra Institute appears to be history in the making -- or at least a strong indicator of seismic shifts along the fault lines between jazz and classical or so-called new music. Last week, Columbia University hosted the inaugural JCOI workshop, the first of its kind and a collaborative effort between its Center for Jazz Studies and the American Composers Orchestra. The idea was to give jazz composers access and exposure to the latest compositional techniques for orchestra.

Directed by trombonist and composer George Lewis, JCOI's prestigious faculty included those well-versed in jazz and other improvising traditions -- composers Derek Bermel, Fabien Levy, Anthony Davis, Tania Leon, Jane Ira Bloom and Alvin Singleton -- along with Boston Modern Orchestra Project conductor Gil Rose and members of the Wet Ink ensemble. Organized by topic, seminars focused on the history of orchestral music since 1945, the particulars of contemporary orchestration, improvisation and the orchestra and working with conductors, copyists, and music publishers. [Specifics will be covered in-depth in a future post and on-air story. --Ed.]

The group of participants was as engaging as the seminar leaders: around 30 men and women from across the US and Canada ranging in age from 17 to 66. Some were students in various kinds of educational programs, but others –- like guitarist Joel Harrison and bassist Rufus Reid -– were professionals with decades of experience under their belts, blurring the lines between teachers and students. (Interviews with both teachers and participants are available through the American Composers Orchestra's YouTube channel.)

To have such seasoned and sought-after musicians eager to return to the classroom speaks volumes about the need for JCOI. "It's simple," Harrison said. "There are plenty of us who studied music in college and never had an orchestration class." When he was taking lessons with Joan Tower at Bard College back in the late 1970s, there was no orchestra. Reid attended Northwestern in the late 1960s and faced more fundamental challenges: In those days, you couldn't even major in jazz. Orchestration class simply wasn't on his radar.

(An aside: At the Eastman School of Music, where I was a student in the mid-1990s, orchestration was taught by Samuel Adler, a noted authority on the subject. The class was limited to composition majors; if memory serves, anyone else needed special permission to enroll. I didn't try. The class had a reputation for being so difficult that it could reduce students to tears.)

Jazz has been slow to gain acceptance as a "serious" discipline within the academy, where symphonic music represents the high water mark of Western classical traditions. So it's no wonder that jazz students have lacked encouragement when it comes to learning orchestration. The jazz tradition teaches musicians to be fierce autodidacts; orchestrating requires both breadth and depth of knowledge not easily picked up on one's own. And with orchestral commissions hard to come by for even the most established classical composers, opportunities for hands-on experience are few and far between.

By addressing these institutional divisions, the JCOI is attempting something new. At the same time, its very existence also highlights the fact that genre-bending in the contemporary orchestral realm was already in motion. One only needs to consider the achievements of JCOI's faculty -- perhaps Anthony Davis' blues-inflected operas or Tania Leon's use of indigenous percussionists -- for evidence.

For that matter, you could also peruse the bios of the participants. Gregory Yasinitsky, for example, a 57-year-old saxophonist and professor of Jazz Studies at Washington State University, studied composition with Samuel Adler, Joseph Swantner and Lou Harrison. Philip Golub, a 17 year-old pianist from Santa Monica, Calif., won both ASCAP's Young Jazz Composer Award and its Morton Gould Young Classical Composers Award in 2010. (Go Philip!)

JCOI obviously has great potential to kick-start its participants' experiments in the orchestral realm. A number of them, including flutist Nicole Mitchell, pianist Eli Wallace and pianist Cliff Korman, already had orchestral compositions in the works. But all of the JCOI participants are expected to start projects in the coming months. Between five and eight will be selected to have their compositions performed in public readings by the American Composers Orchestra next June.

Just what kind of music they make, and how far they push notions of hybridity, remains to be seen. On Friday and Saturday evenings, Wet Ink and the American Composers Orchestra presented concerts including works of Davis, John Zorn, Leroy Jenkins and Roscoe Mitchell, among others. At intermission, George Lewis fielded questions from the audience. Asked if he considered what the composers were doing was "post-jazz," Lewis replied, "I'd rather be pre-something else."