Accessibility links
Guillermo Klein: Magic In Metrics : A Blog Supreme Somehow, the Argentine composer and arranger makes heartfelt, pulsating music that happens to be technically complicated. On his beautiful new album, which interprets the folk songs of Cuchi Leguizamon, the mystery of why it works so well remains. 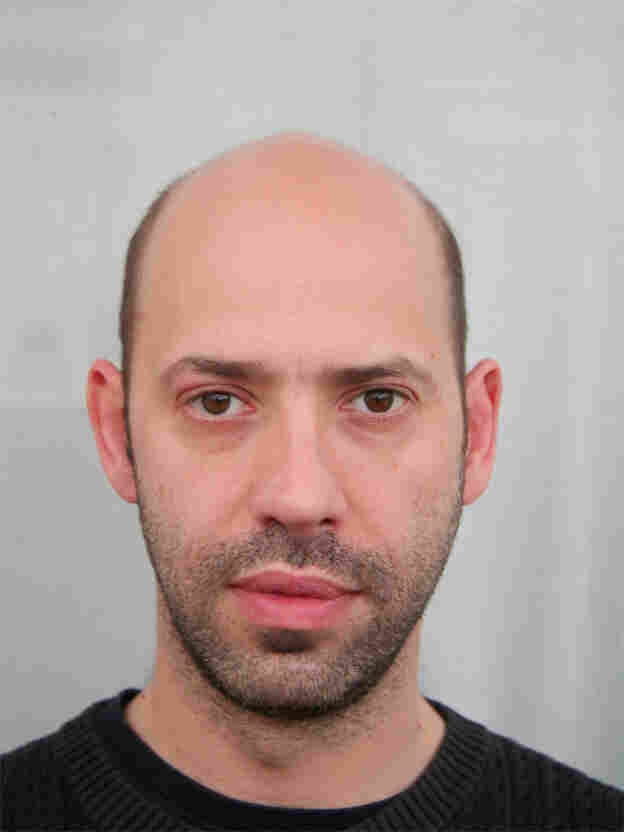 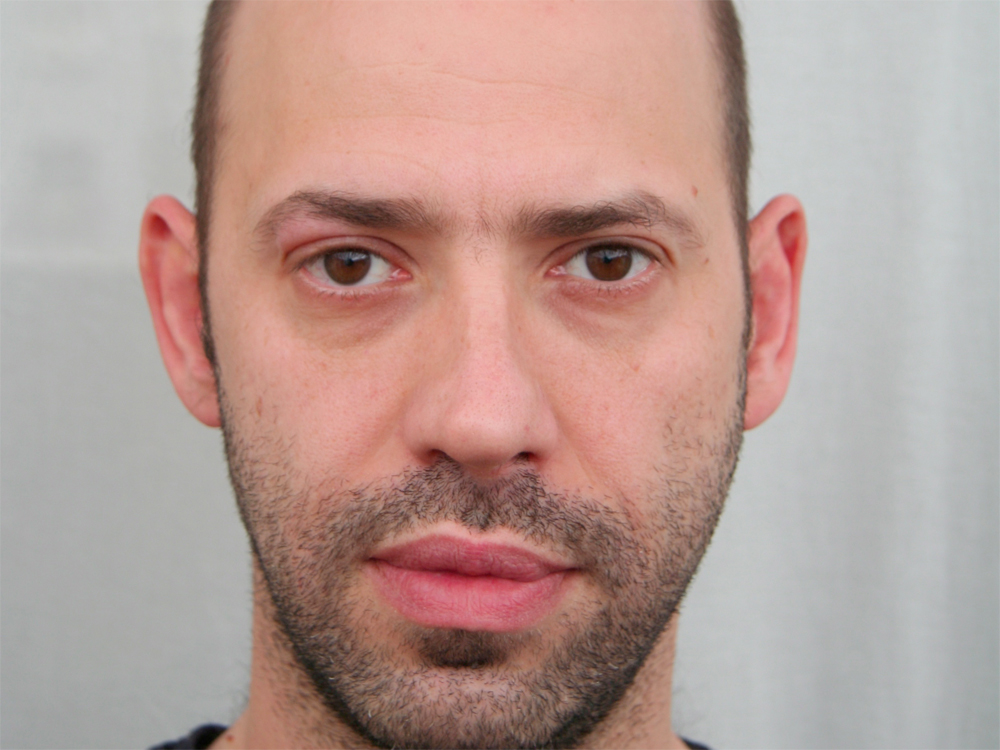 Here's looking at you, Cuchi.

This week, NPR Music is streaming the entirety of Domador de Huellas, the new album by Guillermo Klein. Hear the full album preview as part of our Exclusive First Listen series.

Once again, I've been digging through the catalog of Guillermo Klein lately. It happens periodically to me: Something will remind me of his brilliance and I find I want to investigate all of it over again. Here is this composer/arranger/pianist/singer who makes really heartfelt, pulsating music that happens to be highly intricate and overlapping. It draws from Argentine folk music palpably, but also jazz and classical and rock and everything that goes into all of the foregoing, from advanced music theory algebra to the very punk notion that 'I know I'm not a trained vocalist, but it feels right to sing and sounds OK, so screw it, we're doing it live!'

In this case, it's his new album, available to hear in full as an NPR Music First Listen this week. Domador de Huellas is new in a few other ways: it's made with Klein's new working band in Argentina, and unlike his other records, he only wrote one of the tunes. The rest are his arrangements of music by "Cuchi" Leguizamón, the northwest Argentine lawyer who moonlit as a legendary composer of folk songs.

But at least one thing remains the same: Klein's ability to arrange songs that seem off-kilter, but also sound effortless and natural.

Have a close listen to the introduction and melody of "Coplas Del Regreso." The source material from Cuchi Leguizamón is a zamba, a traditional Argentinean slow-ish dance "in three." Like a waltz, you would count 1-2-3, 1-2-3, and so forth. It's familiar to jazz -- a fair amount of standards are played with a three-beat feel. But Klein takes some license with the format. [Fair warning: the next three paragraphs get a bit technical. You can safely skip them if you like, I think.]

First, of course, there's the extended introduction for electric bass and piano, where the initial four-beat feel somehow morphs into a three-beat feel -- executed in the gnashing, mechanical way that Steve Reich might do it.

Only eight measures in, Klein decides to mess around again. At the lyric "Dioses del cielo y del mar," a four-beat bass line gets superimposed on the three. Two measures later, he throws another wrench in the works: he makes the three-beat meter feel like it's actually a two-beat pattern, where 1-2-3, 1-2-3 feels like 1-2, 1-2, 1-2. Musicians call this hemiola: it's a regrouping of beats counter to the natural feel of the song. This goes on for four bars -- 12 beats -- until we return to the relative security of the 3/4 groove, which, again, feels like 9/8. And soon, he does the hemiola thing again. Here, watch it again -- you'll notice all that transpires in less than 30 seconds:

Confused? That's not the half of it. Let's just say that Guillermo Klein's signature groove, heard elsewhere, is subdivided at the sixteenth-note level 7-7-7-3, which also somehow equals 4-3-4-1, which is written in triple meter, or sometimes 12/8. Yea.

Here's the thing: the vast majority of human beings don't think about this. All the metric math goes undetected by the average listener, and really, it ought to. We just hear something like "spare and minimalist" --> "majestic" --> "uh, wait, what?" --> "ah, balance again!" And if you're a Spanish speaker, and can grasp the meaning behind the words, they're actually quite poetic (if phrased oddly). That should make sense -- Cuchi Leguizamón's M.O. was setting poetry to song. "The absence has made you purer," goes the first line. So that's something else to think about.

This is that rough magic of Klein's music, where all the technical stuff is in a way transcended. Where you hear this soaring, vivid melody before you have time to realize that something wicked is bubbling underneath in Pipi Piazzolla's ride cymbal. (Sing it loud: "cuidaronte, auSENTE MI-EE-YAA!") I'm reminded of the coup that Dave Brubeck threw on all of us with "Blue Rondo a la Turk": a song in 9/8, subdivided 2-2-2-3, became a legimate national hit because the joy of the groove far outstripped its weirdness.

This recording took me a bit longer to get into than Klein's previous four studio albums. At first, I think, I was tempted to view this whole project as a sort of art-song reading of these strange folk-songs. But Guillermo Klein doesn't do detachment like that; he doesn't tinker with things purely as an exercise, and then call it a finished product. He hears something heartfelt in Cuchi's music: it might be in a strong melody, a jarring turn of phrase, some creative streak in a fellow musical iconoclast. And then, as he wrote to me in an e-mail, he demanded "emotion and rebirth" in his own interpretations -- and that's where the Guillermo-isms come out. So for the last week, I've been listening to Domador de Huellas on repeat and YouTubing Cuchi Leguizamon songs because somehow, Klein's tailoring job has gotten me to sense that spirit too.

In my close listening, I've been able to pick apart some of the technical workings -- Klein confirmed as such. But here's what I haven't been able to figure out: why it serves this music so well.

Related At NPR Music: We recorded Guillermo Klein and his U.S. band, Los Guachos, twice in 2008: at the Village Vanguard and also at Newport.