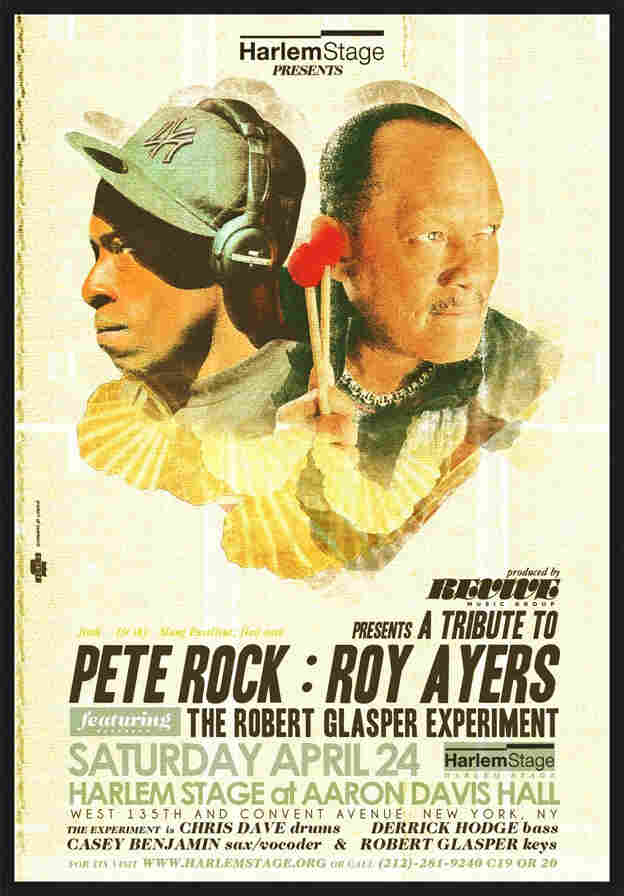 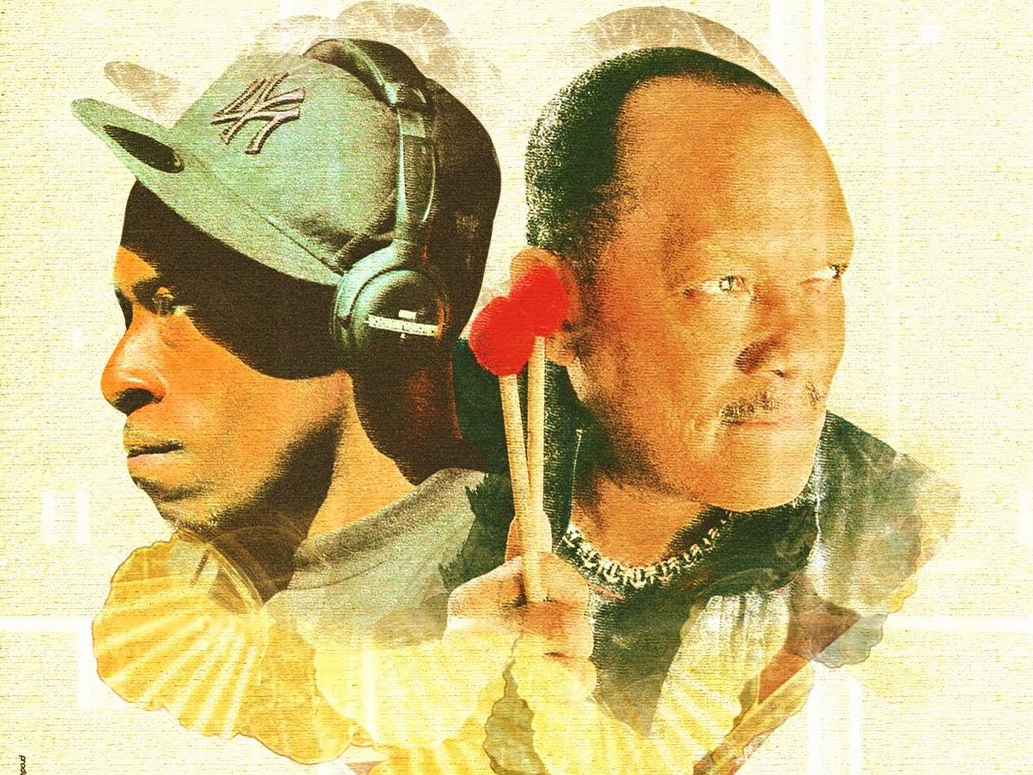 As a student at the Berklee College of Music, Meghan Stabile's peers were jazz musicians who grew up with hip-hop as popular music. So during her last semester of study, she first put together a show that brought together musicians from both jazz and hip-hop communities, exploring the connections within.

Revive's underlying goal has always been about education through live experience: Of jazz to the hip-hop crowd, and vice versa. In lieu of being able to bring a Revive show to all blog readers, I recently sat down with Stabile and two associates, MC/DJ Brian "Raydar" Ellis and pianist/writer Jared Pauley, to talk about jazz records for the hip-hop crowd.

"There's a way back to jazz through any kind of song that a 13, 14-year-old loves," Raydar Ellis said. "It's just a matter of tracing it back in a way that they find appealing. And that's what we do. That's our thing."

From our informal discussion, I've culled five (six, really) songs or albums to feature. Do leave us your suggestions, in the comments below.

Meghan: A lot of stuff comes from listening to Pete Rock. He sampled a lot of records. We were speaking yesterday about Dorothy Ashby, and Raydar had mentioned this record. Even from that, another record called Dorothy's Harp: you can find samples from Madlib, Rahzel, Jay-Z, Pete Rock for sure — the list goes on.

Patrick: What about that particular record makes it so interesting?

Raydar: It's the way that that record was made. It's the sonic — and maybe this is just the audiophile in me, but — the way it was mixed and recorded. Her harp has this beautiful delay on it, but the bass has most of the low-end along with the drums. ... You can also hear what she did on some of Stevie Wonder's records.

Raydar: I think the stuff that got me into jazz was, oddly enough, it was Incognito and Pieces of a Dream. My dad played a lot of the smooth jazz stuff on the radio — he'd be listening to CD 101.9 — and then he also had a bunch of records at the same time.

Coming at it from a perspective that a hip-hop listener understands, which is where the samples are generated from, I guess Donald Byrd Stepping Into Tomorrow has the "Think Twice" cut — "Looking out the Front Door," by Main Source is a direct link. But it's also been covered by J. Dilla on Welcome 2 Detroit, and by Erykah Badu. And that's just one song, let alone the whole record, let alone his whole catalog. That's a really dope record to start with.

Jared: Miles Davis' In A Silent Way really changed the way I could hear music. I hate to go back to the word "organic," but everything is such an "organic" blend. As he progressed further into his fusion phase with Bitches Brew and On The Corner, it became a little more chaotic with the way he and [producer] Teo Macero edited all the tape together. But In A Silent Way — it's got this meld of electric pianos, and vibrato, and abstract, atmospheric music going on. It's hard to describe it. And it's like every great piano player of all time is on it, and every great musician — anybody who ever did anything great in fusion was on one of [Miles Davis'] records. Fact.

Meghan: With Hip-Hop 1942, we took records from the '50s, '60s, '70s — well, specific songs — and we played the original. For example, [a] Charlie Parker version of "A Night In Tunisia" was later used to create Gang Starr's "Words I Manifest." So we had a line up of stellar musicians — Marc Cary, Ben Williams, Louis Cato, Casey Benjamin and bunch of others — and they performed the original, as the original, and transitioned it into "Words I Manifest." So it went from the jazz record to the popular hip-hop song that derived from that record. And we had a whole audience there, which was mainly a hip-hop audience, that didn't know the original. So we had the album covers on a screen behind the band, showing which song this was, and what it was [sampled] into. They went crazy. It was a ridiculous show.

The other, which is my personal favorite, is McCoy Tyner's version of "Impressions." Ron Carter's bass solo was later used to create Black Sheep's "The Choice Is Yours." So Ben Williams — this was his idea — when he was soloing ... he just went into this subtle "Dum-dum-dum-dum Dum-doo-dum-dum," and then just went into it real hard, and the audience is screaming, 'cause they just didn't expect it.

Patrick:: Ben has that way of just plucking really hard — making you feel it.

Raydar: Yea, that's my cousin! [laughs] It's all in the family.

Raydar: I really think it's great for a hip-hop head to come into jazz with that record because Rob was born from both sides of it. He has equal footing in both worlds, and he represents that on the record really well, whether it be that breakdown before "Butterfly," where they kind of flip the "F- - - Tha Police" joint, or the "Forever" joint, where [drummer] Chris [Dave] is laying the drums back kinda crazy. It's something that a hip-hopper can instantly recognize, but that they can sit back and listen to multiple times, and find the subtleties in the solos and performances. It's a really good record.

Related At NPR Music: Listening To Rap With Robert Glasper.