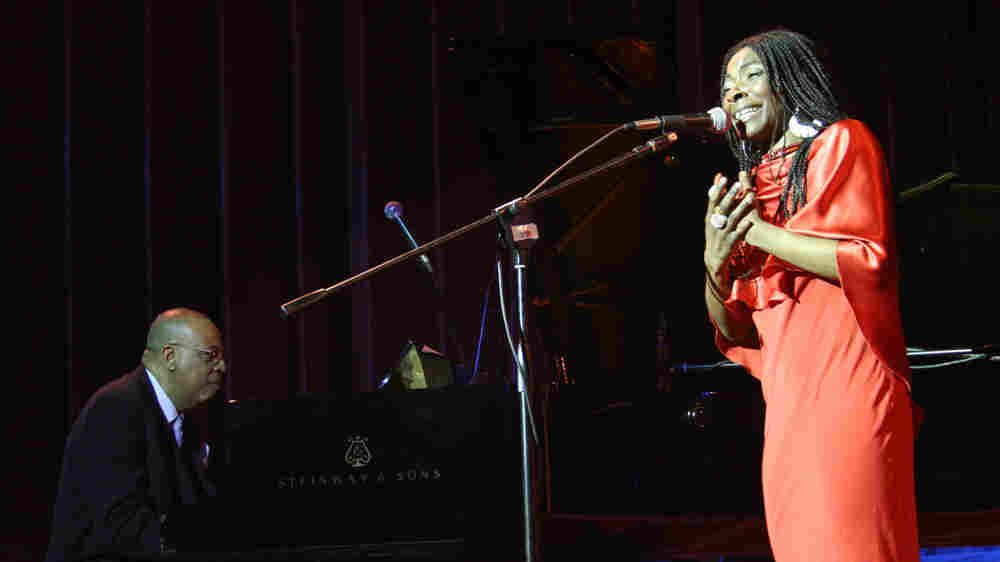 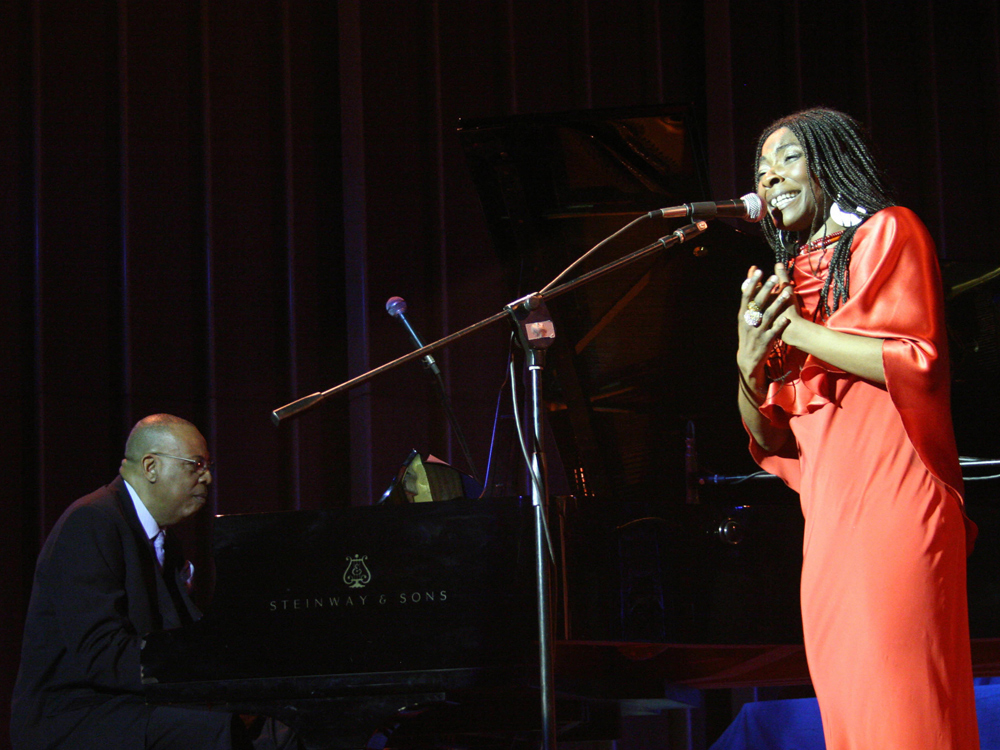 Full-throated Spanish singer Concha Buika, nominated for both a MOBO and a Latin Grammy Award, performs in 2009 with Cuban pianist Chucho Valdés.

Nominations for the United Kingdom's MOBO Awards, short for Music of Black Origin Awards, were released yesterday. The lineup is heavy on pop music, with some preference to U.K. hip-hop or R&B artists. But -- and after some contentious history -- jazz also has a place in the program. This year's nominees are:

Additionally, folks with a hand in jazz like Mulatu Astatke and Concha Buika were nominated for Best African Act.

On Tuesday, the Latin Recording Academy, based in the U.S., announced the nominees for this year's Latin Grammy Awards. Jazz has a place here too, with six albums nominated for that category's album of the year:

In the Best Instrumental Album category, you'll find a few musicians with jazz chops, including Arturo Sandoval. And in a surprise -- but not at all undeserved -- the husky-voiced Concha Buika was nominated for Record of the Year. Her performance of "Se Me Hizo Fácil," from her collaboration with Cuban jazz pianist Chucho Valdés, El Último Trago, is a standout on a standout album. (I totally slept on it until this year, but Felix didn't.)

My vote would go to Robert Glasper for the MOBO Best Jazz Act, though I wouldn't mind local boys Empirical, they of a fine recent Eric Dolphy homage Out 'n' In, taking home the prize. As for the Latin Grammys, I'm quite partial to Miguel Zenón's latest disc, a serious statement of innovative Latin jazz, though Mark Levine's Moacir Santos disc is underrated, the Issac Delgado record is quite pleasant and I didn't even know of new João Donato.

Any picks or favorites from your ends? And any thoughts on the fact that the big Spanish and Portuguese-language music awards are U.S.-based, and a prestigious African diaspora music award is being given out in Liverpool?