Accessibility links
Buddy Collette, California Jazzman And Musicians' Advocate, Has Died : A Blog Supreme The wind and reed specialist was an important presence in the Los Angeles musical scene for over a half century, both for his work in celebrated jazz ensembles and in broadcasting studios, and in helping to desegregate the local musicians union. 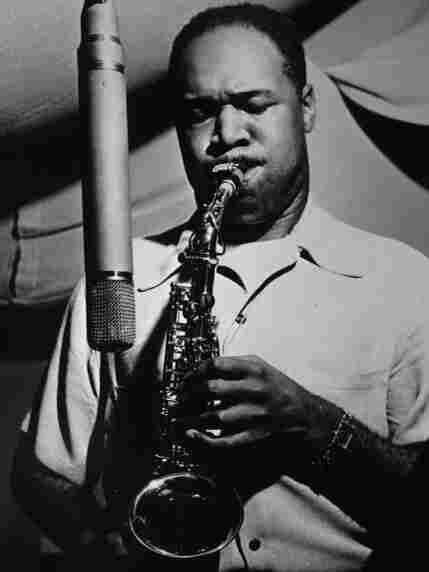 Multi-instrumentalist, composer and educator Buddy Collette, an important presence in the Los Angeles musical scene for over a half century, has died. He was 89.

A childhood friend of Dexter Gordon and Charles Mingus, Collette never moved to New York like many of his peers. He helped introduce bebop styles to Southern California after World War II, and played an important role in West Coast-based jazz developments, including the celebrated quintet led by Chico Hamilton and the large orchestra led by Gerald Wilson. Collette was a great music educator, mentoring players like Eric Dolphy and Charles Lloyd; he held teaching positions at several local universities.

He was also a first-call studio musician, excelling on flutes, saxophones and clarinet. His talents allowed him to become one of the first African American musicians to play in ensembles for radio, television and film productions; with his access, he led a campaign to desegregate the local musicians union, and thus open up higher-paying jobs for black musicians.

In an interview for NPR's Jazz Profiles, Collette says his approach to music reflected his surroundings. "I didn't grow up in an area where they did that much -- like, you know, in New Orleans, where they grow up and are all playing blues clarinet or something," he said. "I grew up where there was studio work, and classical [music], and I went to integrated schools. Even in [the neighborhood] Watts, all of our friends were everybody -- lots of diversity, you know? So of course, you take on that."