Accessibility links
Cecile McLorin Salvant, Vocalist, Wins Thelonious Monk Jazz Competition : A Blog Supreme The 21-year-old from Miami, Fla., currently based in France, used deft and subtle phrasing to win over the all-star cast of judges. Her victory took place amid a gala concert, and comes with a $20,000 scholarship and recording contract. 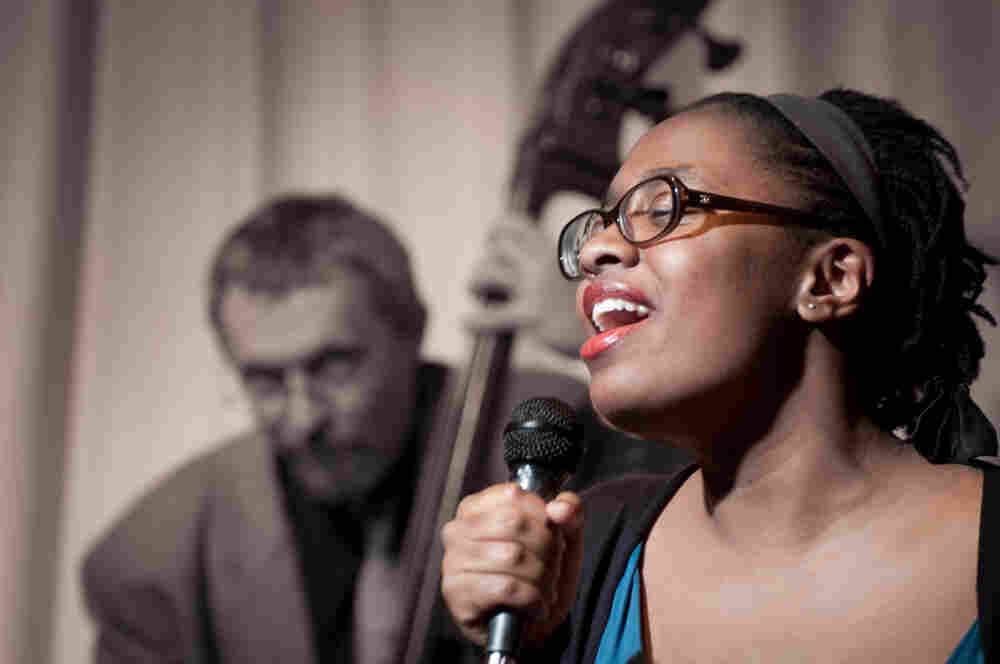 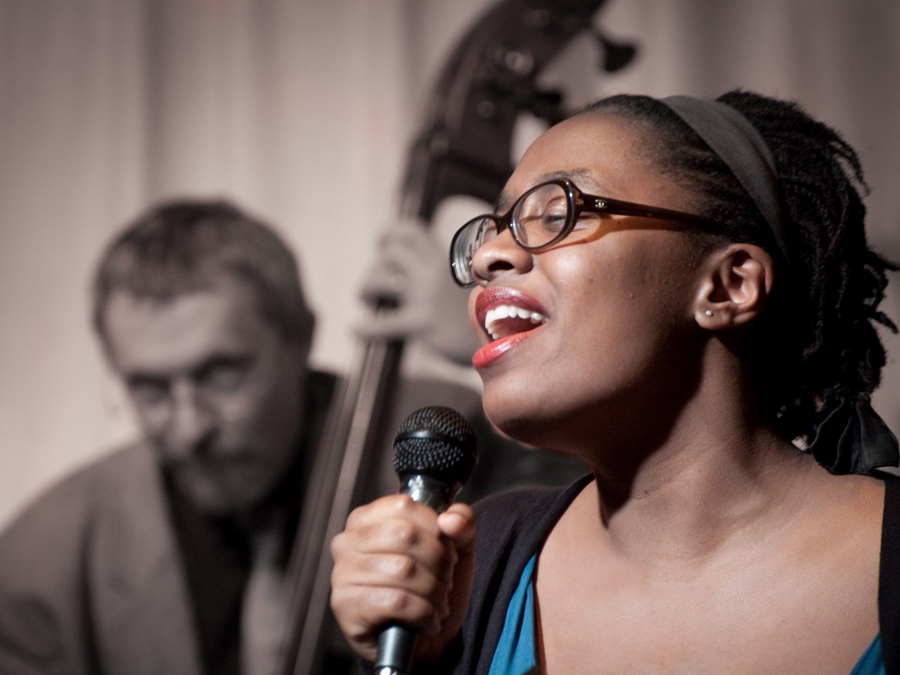 The announcement was made following the final round of competition and a subsequent star-studded gala concert at the Kennedy Center in Washington, D.C. Brooklyn, N.Y.'s Charenée Wade was judged by a panel of master jazz vocalists as the runner-up and the French singer Cyrille Aimée, now residing in New York, took third.

For her performance, Salvant took home a $20,000 music scholarship, and was offered a record deal with Concord Music Group. (Wade and Aimée earned $10,000 and $5,000 scholarships for second and third place, respectively.) Even beyond financial reward, the annual Thelonious Monk International Jazz Competition is considered one of the most prestigious in its field; historically, its previous winners and finalists have often launched successful careers in jazz performance.

For her final-round performance, Salvant performed "If This Isn't Love," treated with a light bossa nova feel, and "I Wonder Where Our Love Has Gone," taken at ballad tempo. Unlike both other finalists, Salvant chose not to improvise with scat-singing technique on Monday night, preferring to concentrate on subtle phrasing and interpretation of lyrics. Her controlled, dramatic delivery seemingly won over the judges.

"I didn't solo tonight because wanted to do, really, what I love to do best, which is sing the lyrics," she said. "All my favorite singers are the ones who maybe didn't scat as much, but really -- they molded the lyrics and the words in a certain way."

The previous day, Salvant, Wade and Aimée distanced themselves among a field of 12 during semi-final competition, including both men and women ages 20-30. Then, as last night, all performed with the house rhythm section of Reggie Thomas on piano, Rodney Whitaker on bass and Carl Allen on drums. When Salvant learned she was the winner, she appeared genuinely humbled and overwhelmed on stage. "I feel like I'm on a cloud," she said hours afterward. "It's really weird -- it's really, really weird."

Raised in Miami by a Haitian father and French mother, Salvant moved to France after high school to take time off. She wound up studying both jazz and classical singing at a conservatory in Aix-en-Provence, while completing an undergraduate law degree. Salvant said she would like to apply the scholarship to study in the U.S. before ultimately settling in France. 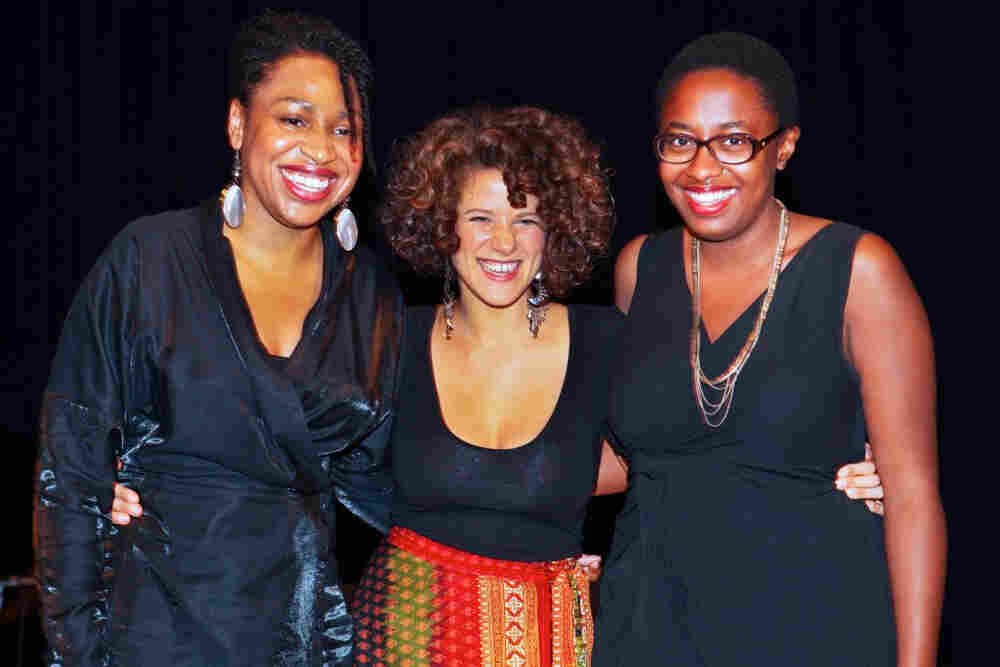 "I'd like to go learn with some Americans, and speak English, and do that whole thing, and be in the [United] States for a while," she said.

The Thelonious Monk Institute of Jazz has now administered 24 annual competitions. Monday night was the fourth time since 1994 that voice has been featured. (Notably, Charenée Wade took fourth place in the 2004 competition.) Per tradition, the final round was adjudicated by standout practitioners of the featured instrument: In this case, Patti Austin, Dee Dee Bridgewater, Kurt Elling, Al Jarreau and Dianne Reeves.

All the judges performed American songbook material individually with all-star ensembles during the gala concert. (Aretha Franklin was scheduled to judge, but had to cancel due to a family emergency -- Gladys Knight replaced her on stage.) Vocalists Jane Monheit -- a 1998 runner-up -- and Ledisi also performed standards, and trumpeter Clark Terry eschewed his horn for a virtuoso vocal turn on his signature "Mumbles."