Accessibility links
More Punks Should Listen To Derek Bailey : A Blog Supreme Former Q And Not U drummer John Davis claims non-idiomatic guitarist Derek Bailey as an influence on the post-punk band's 2000 debut, No Kill No Beep Beep. 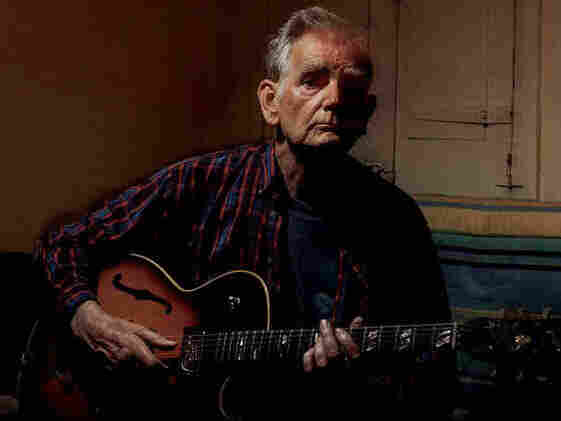 There should be more crazy Derek Bailey-style skronk in the midst of wild punk breakdowns. Courtesy of Samadhi Sound hide caption 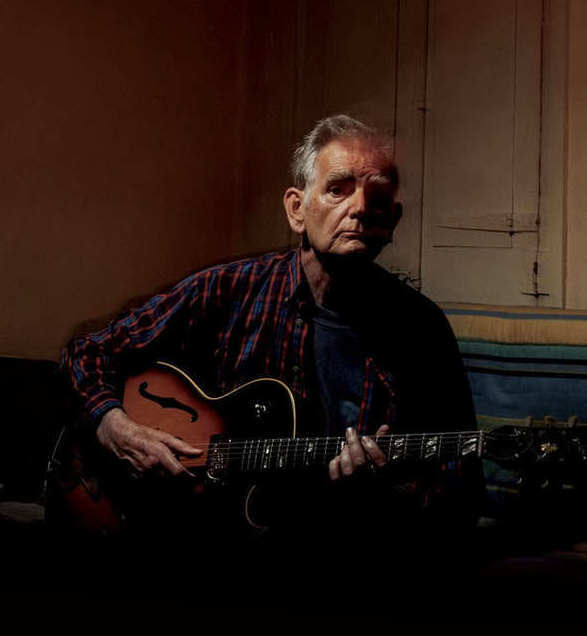 There should be more crazy Derek Bailey-style skronk in the midst of wild punk breakdowns.

This past week, the Washington City Paper has been celebrating the 10th anniversary of D.C. post-punk band Q And Not U's No Kill No Beep Beep in a rather unique way: By interviewing some of the folks that appeared on the album's now-iconic front cover. You can catch up on the series here, but here's an interesting takeaway from guitarist Harris Klahr (currently playing bass for The Rapture):

I'm surprised at the number of ideas we were able to generate and pull off with conviction. At the time, we thrived on whatever's the weirdest idea is the best one, whatever one makes you recoil, that's the one you have to do... Trying to marry the guitar styles of Derek Bailey and Greg Ginn seemed crazy at the time. [Emphasis mine.] 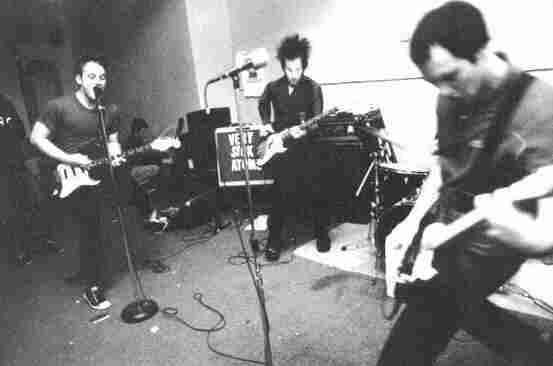 Q And Not U. Shawn Brackbill hide caption

Holler, non-idiomatic guitarist Derek Bailey! Now, it's no surprise that Black Flag guitarist Greg Ginn influenced Q And Not U's rigid double guitar attack, but listening back to No Kill No Beep Beep now, I'm hearing those touches of the late English guitarist in the midst of the band's wild punk breakdowns. And, darnit, it's made me realize more arty punk kids should listen to Derek Bailey.

Take the slow-building "Kiss Distinctly American," for example. The sparse and squiggly slide guitar that pervades the track is just one of the techniques Bailey explored. His extensive harmonics vocabulary (creating overtones by muting strings on the fretboard) also lightly paints the background of "Kiss Distinctly American" and climaxes into a distorted, overtoned lurch at 3:40. It's a pay-off worth waiting for — one of my personal favorite moments of Q And Not U's brief but excellent catalog, in fact — in a song owes its textures to the imitable sound world of Derek Bailey.

While it's nothing new for crate-digging (or, more likely, MP3-downloading) musicians to appropriate "out" sounds in a more accessible context (e.g.: Bjork, Animal Collective, Madlib and Sonic Youth — whose own Thurston Moore named Bailey one of his top five acoustic guitarists for World Cafe), it's beneficial for cross-pollinating artists to always dig deeper. It opens our ears and our possibilities. And if such musical ambiguity happens to turn a few more kids onto spontaneous music, then all the better. Derek Bailey will even throw you a bone: Mirakle is essentially a skronk-funk album featuring Ornette Coleman's Prime Time rhythm section. (He politely says, "You're welcome.")