Accessibility links
Louis Armstrong's Stuff Is Online Now : A Blog Supreme Satchmo was a serious packrat. He run miles of audiotape of himself, whether performing or just shooting the breeze with friends; he hoarded photos, personal correspondence and various assorted effects. And now, you can search for it on the web. 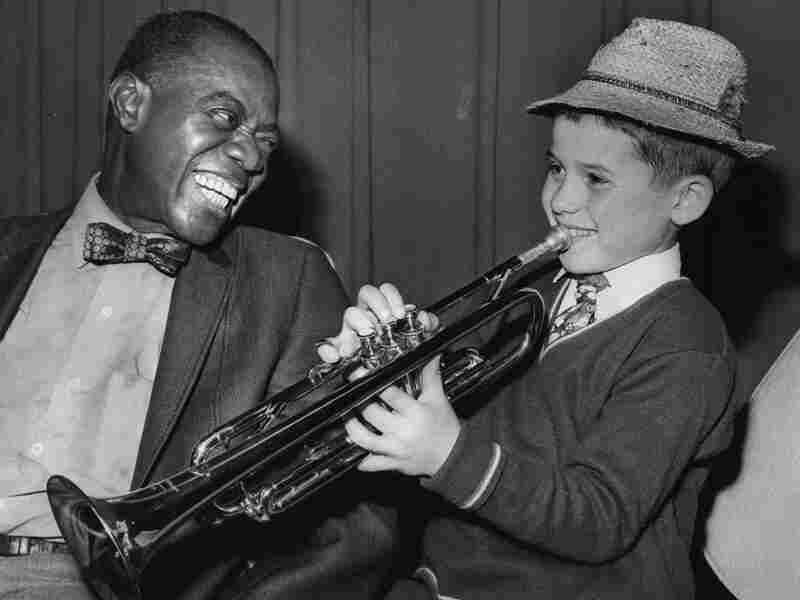 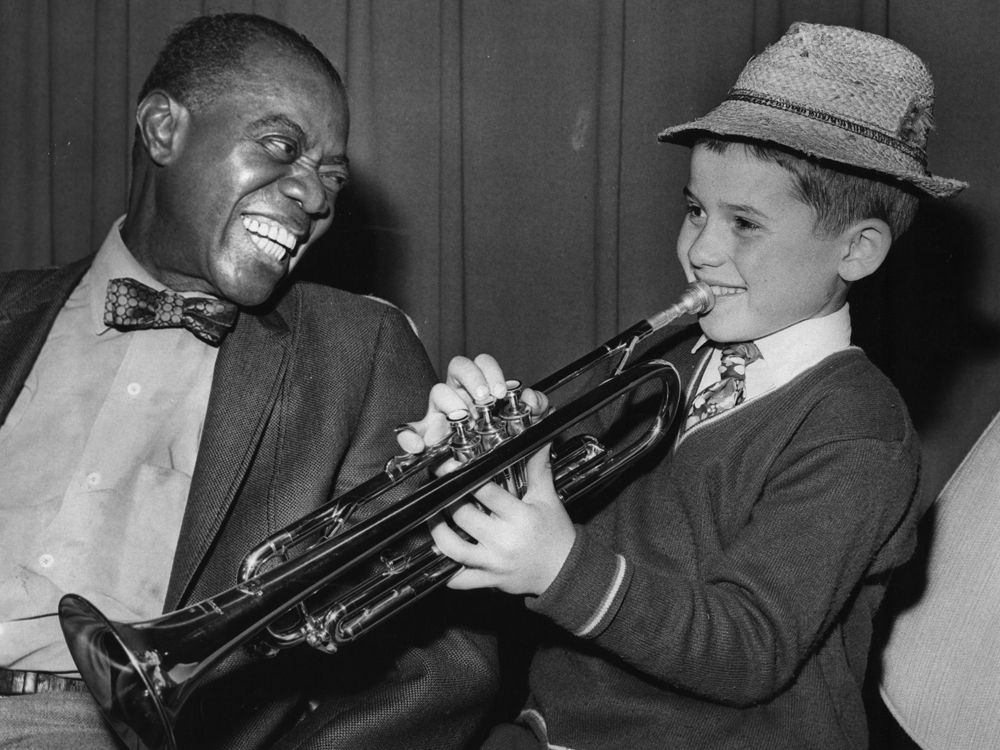 Louis Armstrong and a young fan.

Louis Armstrong was a packrat. He run miles of audiotape of himself, whether performing or just shooting the breeze with friends; he hoarded photos, personal correspondence and various assorted effects (laxative, always). And for some time, the bulk of those items have lived in a Queens College library; a smattering of other memorabilia was stashed at Armstrong's relatively modest house, which was converted to a museum. All this stuff could be found way out in Queens, N.Y.

Now, the Louis Armstrong House Museum has announced that it has created a searchable online catalog of much of Armstrong's stuff. This is fantastic news for researchers and lay fans alike; whether you're browsing for a specific date and time, or using the "random images" function, there's tons to browse through (and growing). And if one day you do make the pilgrimage to outer New York, perhaps you'll see the museum's new visitor center, which will house the entire archives and a small performance space across the street from the Louis Armstrong House itself. Groundbreaking for that building begins next spring. [Louis Armstrong House Museum: Online Catalog]

P.S. Armstrong historian Ricky Riccardi, the head archivist of the online catalog, has posted a massive Louis Armstrong Christmas salute at his blog.