Accessibility links
Listening, Party For Two: Charlie Parker, 'Donna Lee' : A Blog Supreme Bird is on the brain at NPR music, so the blog editor and his boss listen to an uptempo bebop classic from 1947. It features Max Roach, Bud Powell, Tommy Potter and a young trumpeter named Miles Davis. 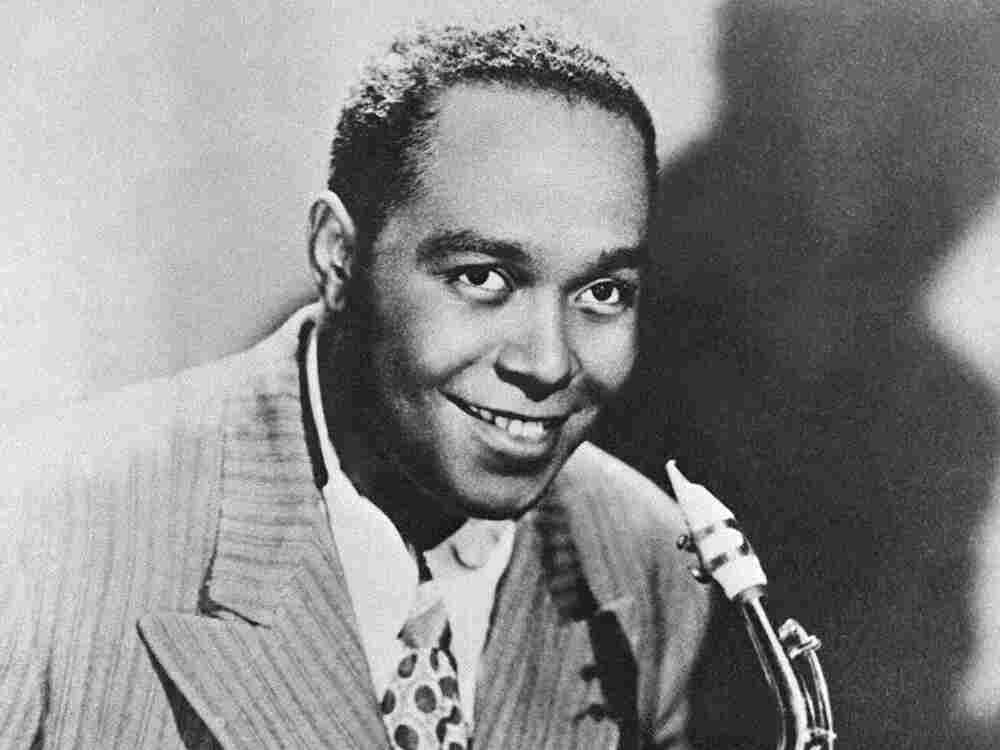 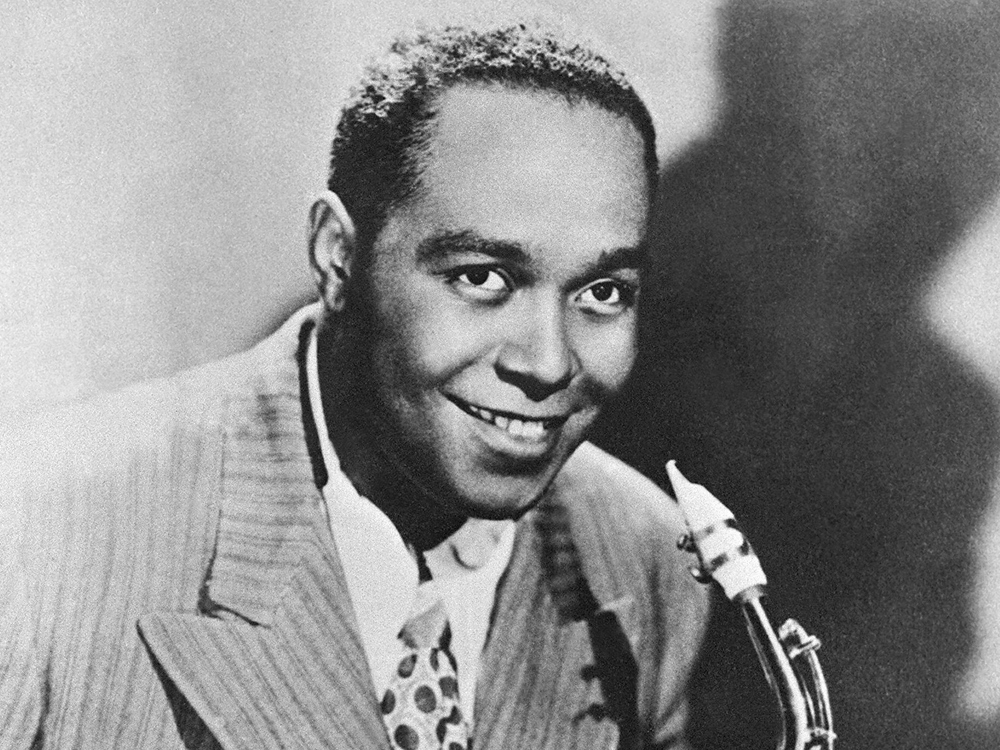 My boss readily admits that she doesn't know a whole lot about jazz. But she lets me write all this nonsense on the Internet, so I'm not complaining. And she's willing to learn. So every so often, she and I get together to listen to and Instant Message about a different great jazz song.

Charlie Parker is on the brain at the NPR Music jazz headquarters. (My desk.) Joe Lovano's new album draws from Bird's repertoire, and he's performing some of those tunes next week for our live webcast. It's also drummer Max Roach's birthday anniversary on Jan. 10. So I pulled the much-anthologized 1947 recording of "Donna Lee," featuring Roach, pianist Bud Powell, bassist Tommy Potter and a young trumpeter named Miles Davis.

me: So I think it's time we start to examine why Charlie Parker is such a BFD. This is one of his trademark recordings.

Boss Lady: At the risk of offending the jazz gods, I'm going to describe this as two geese having a merry time of it as they cavort around a pond.

me: Ye gods! Well, I imagine that's what it sounded like back in the day to a lot of people too. So many notes! So fast! And where's the melody, right?

Boss Lady: Well, it sounds like they're enjoying themselves, but I'm having trouble diving in.

me: Individual tastes are tricky. But I will say, this isn't just a squawking session. You do hear something like a melody at the beginning and the end, right? Sounds like a series of scales and arpeggios in unison, almost like a student's practice etude.

me: Well, that's based on the chord progression of an old, old 1917 song called "(Back Home Again In) Indiana."

Boss Lady: Seriously, I'm constantly intrigued by the way jazz tunes often contain references that the uninitiated ear doesn't catch. It reminds me of walking down a city street and remembering the three different stores that have opened and closed on the corner that a Citibank now inhabits, or reading a plaque on the front of an old brownstone that so-and-so used to live there. I guess the challenge for me is how to appreciate the present without knowing the past.

me: Well, for one, I think there's this unnecessary and intimidating perception that you need to know jazz history to like any one piece of music. It helps and expands understanding if you do, but it's not necessary. I wouldn't expect any American born after, like, 1938, to know "Indiana" -- but it's cool to know that this stuff doesn't come from nowhere, right?

That said, I take it you don't find a lot which is immediately appealing in this.

Boss Lady: Well, it's definitely a toe-tapper. And now that I'm really trying sincerely to meet the music, I'll reframe my geese analogy. Now I'm at a lively cocktail party with a handful of raucous guests talking to and over each other, following conversational threads, some playful, some inspired.

me: I think the way that Charlie Parker "converses" makes him the life of the party. It's piercing and sweet when he reaches for high notes. And the way he phrases, leaves space, on and off the beat -- it's like he's got the crowd in the palm of his hands. He's feeling the room around him, the interjecting piano and drums and bass, and responding in turn.

me: More fun facts. The trumpeter here is a very young Miles Davis. Quite different from when he played long, spacious, open styles of jazz, right?

me: In fact, this is his tune. He arrived in New York right around when Charlie Parker (and Dizzy Gillespie, and others) were developing this ridiculously fast, virtuosic style. It was called -- you've heard this term before -- "bebop." And although a lot of his music since was different, this time he spent with Parker gave him an incredible foundation in playing improvised music, as you might imagine.

Boss Lady: I love that you can hear them almost competing with each other. Oh, yeah? Yea, you're good, but here's what I can do ...

me: Friendly competition is a big part of jazz, sure. I don't really hear it between soloists a lot -- Parker gets so much time compared to the others -- but that "lots of things going on" feel when he solos: That's some witty repartee.

Boss Lady: Boys will be boys.

me: What I think makes Bird one of the greats, and not just an inventor of a New Strong Man Skill, is that I hear so much humanity even at hyperspeed. He was able to sing the blues and really express himself in his own language. And that's the central challenge of jazz. Lots of people can play like Bird, or try to cut each other. But to "say something" with their original language -– now there's a talent.