Accessibility links
Dragging The Blues Into The 21st Century : A Blog Supreme We're now a decade into the 21st century, so it's time to check in on the blues and see how it's doing in the relatively new world of loops, samples and remixing technology.

Dragging The Blues Into The 21st Century

Dragging The Blues Into The 21st Century 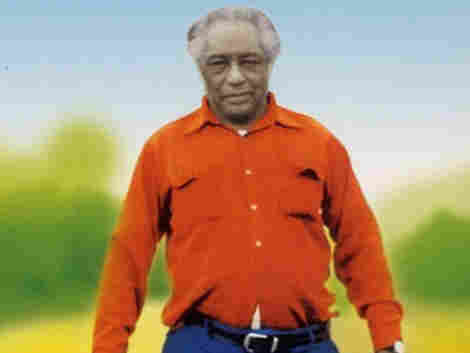 We're now a decade into the 21st century, so it's time to check in on the blues and see how it's doing in the relatively new world of loops, samples and remixing technology.

So far, blues music has proved resilient. The heart and soul of blues was laid down in the seminal recordings of the 1920s and '30s by artists such as Willie McTell, Robert Johnson and Charley Patton. That spirit easily survived amplification by Muddy Waters, Little Walter and other Chicago blues pioneers in the late '40s and early '50s. In the '60s and '70s, rock bands like Led Zeppelin, Cream and ZZ Top grabbed the blues and cranked the volume.

The blues often remain intertwined with rock today, thanks to groups such as Gov't Mule and The Black Crowes, and the spirit seems intact. So how is that spirit surviving studio technology? As you'll hear in these five examples of "techno-blues," it's holding up quite nicely.

Dragging Blues Into The 21st Century 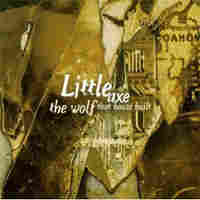 Little Axe is the brainchild of singer-guitarist Skip MacDonald and producer Adrian Sherwood. MacDonald, Doug Wimbish (bass) and Keith LeBlanc (drums) were originally the studio rhythm section for Sugarhill Records, and can be heard on early rap recordings by the likes of Grandmaster Flash and The Sugarhill Gang. Calling themselves Little Axe, the trio and their producer created a template for reimagining and remixing the blues. "Ride On" is from the group's first album, recorded in the mid-'90s. It features samples of Leadbelly's "Ride On" from his Library of Congress recordings and also weaves in some Howlin' Wolf. The overall effect is hypnotic. 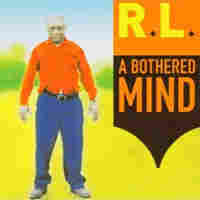 "Someday Baby" has gone through a lot of changes since Sleepy John Estes recorded it in 1935. Big Maceo did a version called "Worried Life Blues," Muddy Waters made his electric version of the song in the '50s, it was a staple in the repertoire of the Allman Brothers Band, and Bob Dylan won a Grammy with it in 2007. In this version, Mississippi bluesman R.L. Burnside enlists the services of rapper Lyrics Born to turn this classic blues into an exercise in call-and-response between yesterday and today. 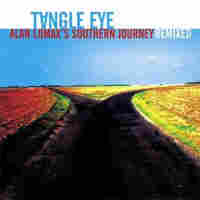 Scott Billington and Steve Reynolds are musicians and producers who collaborate as Tangle Eye. They had the delightful idea of adding instrumentation, rhythm tracks and samples to some of the a cappella field recordings made by folklorist Alan Lomax in the 1940s and '50s. "Work Song" is their remix of a song called "Rosie" (hear the song) sung by a prison work gang led by a man named C.B. "88" Cook. Tangle Eye put together a rhythm track, selected Jeff Raines to play the slide guitar and created a powerful piece of music. 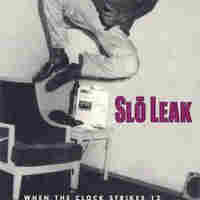 Slo Leak is guitarist, producer and vocalist Danny Kortchmar and guitarist-vocalist Charlie Karp. Kortchmar spent years in the L.A. rock scene, where he worked with artists such as Jackson Browne and Carole King, but he evidently always had one foot in the blues. Since the late 1990s, Slo Leak has been successfully applying modern studio techniques to blues and R&B. "Drunk" was originally performed by Joe Liggins and The Honeydrippers, a popular jump-blues band in the 1940s and '50s. Kortchmar and Karp sample some of that original recording and drag a few other surprises into a performance that swings like a freight train barreling straight into tomorrow. 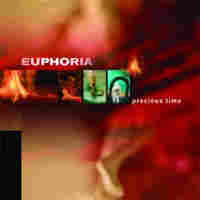 Back Against the Wall

This final selection takes elements of the blues all the way into the world of electronica, as performed by the group Euphoria. The sound of Ken Ramm's slide guitar and Howard Levy's harmonica evolved out of a long blues tradition. Grafting those sounds onto a dance beat is an experiment, just as it was an experiment the first time a blues guitarist slid the neck of a broken bottle up the fretboard of an acoustic guitar, just to see what it would sound like.