Accessibility links
Where Was The Jazz At Bonnaroo 2010? : A Blog Supreme The Bonnaroo Music and Arts Festival just wrapped up a four-day onslaught of music, mud and hippies. And while it's become much more musically diverse since its early jamband roots, there is very little jazz represented at the festival. 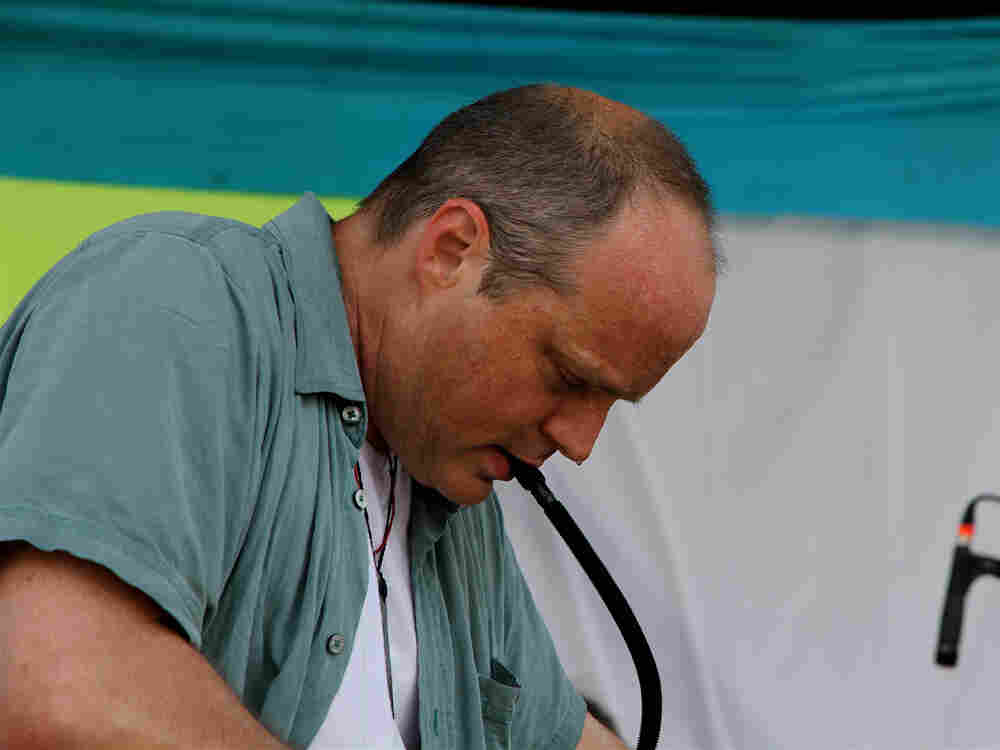 This past weekend I had the opportunity to travel to Manchester, Tenn. as part of NPR Music's relentless coverage of the Bonnaroo Music and Arts Festival — a four-day endurance test of music, mud and scorching heat. As a first time festivalgoer, I was blown away by the diversity of acts: indie rock, hip-hop, world music, Latin alternative, electronic dance, country and bluegrass were all well represented.

So I was a little surprised at the lack of a jazz presence at the festival.

Among the many shows I found time to take in on Sunday afternoon was Medeski Martin & Wood at the relatively tiny Sonic Stage. They were braving the heat for a short 30-minute set before their main show later in the evening. The trio was playing in a stripped-down format, at least for them — John Medeski on Fender Rhodes and electric melodica; Chris Wood on electric bass and Billy Martin on a small drum set — and eschewed any of their well-known songs for a completely improvised set.

In true MMW fashion, Medeski played his signature mix of bluesy riffs and dissonant, nearly cacophonic lines. But when disguised by Martin and Wood's hip-hop and New Orleans shuffle grooves, it was danceable. That has always been the appeal of a band like MMW; they can be as experimental as any jazz musician out there one minute, and so funky you can't help but shake your hips the next.

Standing there, it struck me that this was pretty much the only jazz at Bonnaroo. Like, almost none. 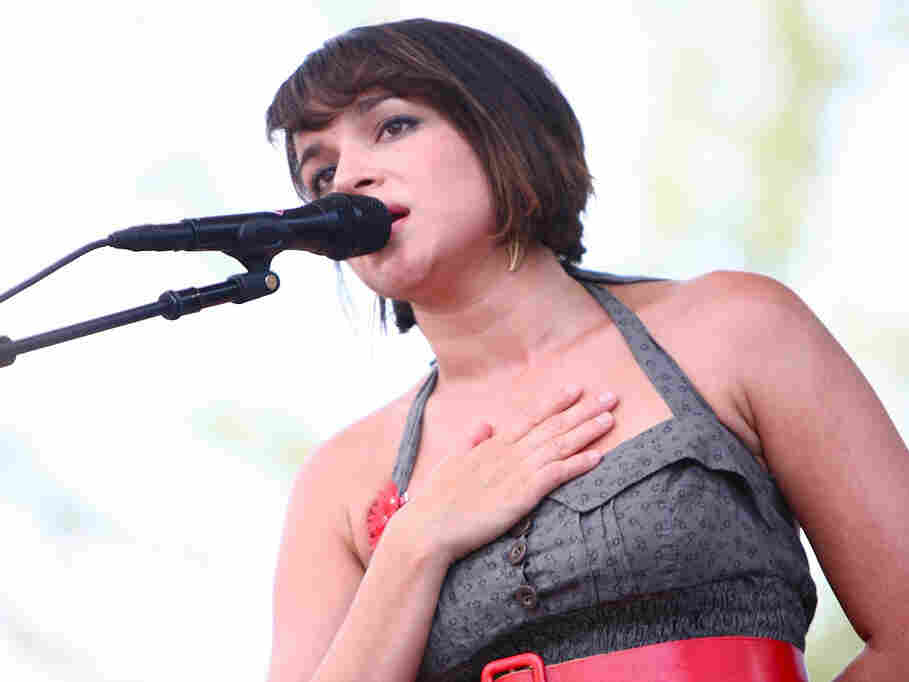 Looking back, I believe the only artists that were even remotely jazz-related at all were Norah Jones, whose music is now more alt-country pop than anything jazzy; Trombone Shorty ("... of Treme," he proudly asserted), whose "supafunkrock" is ingrained in traditional New Orleans music; and MMW, who are friendly with Bonnaroo's traditional jam-band fan base. And the latter two were relegated to sets that were nearly an afterthought to most: Trombone Shorty played early Friday at 12 p.m., and MMW had its main set at 6:15 p.m. Sunday. At that point, most fans were queuing up for a good spot at the Dave Matthews Band.

This isn't all that out of the ordinary for the festival. There have been appearances by Marc Ribot y Los Cubanos Postizos, Bill Frisell, Kermit Ruffins. And Medeski Martin & Wood are at this point seasoned Bonnaroo veterans, having now played six times in some capacity. But outside of that handful of artists, jazz has rarely had any of the spotlight at Bonnaroo.

The only exception occurred in 2007 when Ornette Coleman was booked on the Other Tent and with the addition of the Somethin' Else tent, sponsored that year by Blue Note Records. An air-conditioned space which attempted to recreate the feel of a jazz club environment, it featured a murderer's row of musicians: Ravi Coltrane, Jacky Terrasson, Stefon Harris, Don Byron, Lionel Loueke and many more. It's unclear to me why that never took off, but it was not for lack of talent.

With some creative planning, jazz seemingly could do well again at a festival such as Bonnaroo. The fans there have wide and informed tastes in music, and good jazz shares a lot of the musical spirit as many of the artists already there. Maybe if there were a regular small stage — like that rotating Sonic Stage — it would be a nice environment for folks looking to discover something different, left of center.

Of course, I understand it why it hasn't happened. If I didn't know much about jazz, I don't know that I'd forego one of my favorite bands for anyone I hadn't heard of, much less a new name in a foreign genre. But if there were a better infrastructure to showcase some jazz — perhaps a tent where folks could chill out and escape from the sun — I could envision it being a small-scale success. In the process, the festival would better represent all types of music.

What do you think? If a giant festival like Bonnaroo were to start booking jazz as part of its lineup, would you go? What would it look like? Which jazz artists would be a good fit for that environment? Who would you want to see?