Accessibility links
NEA Jazz Masters Award To Disappear Under New Federal Budget Plan : A Blog Supreme The federal government's highest award for jazz artistry has been given since 1982, and comes with a $25,000 grant. A proposed honorific will recognize artists across multiple artistic disciplines. The NEA faces a budget reduction of over 12 percent. 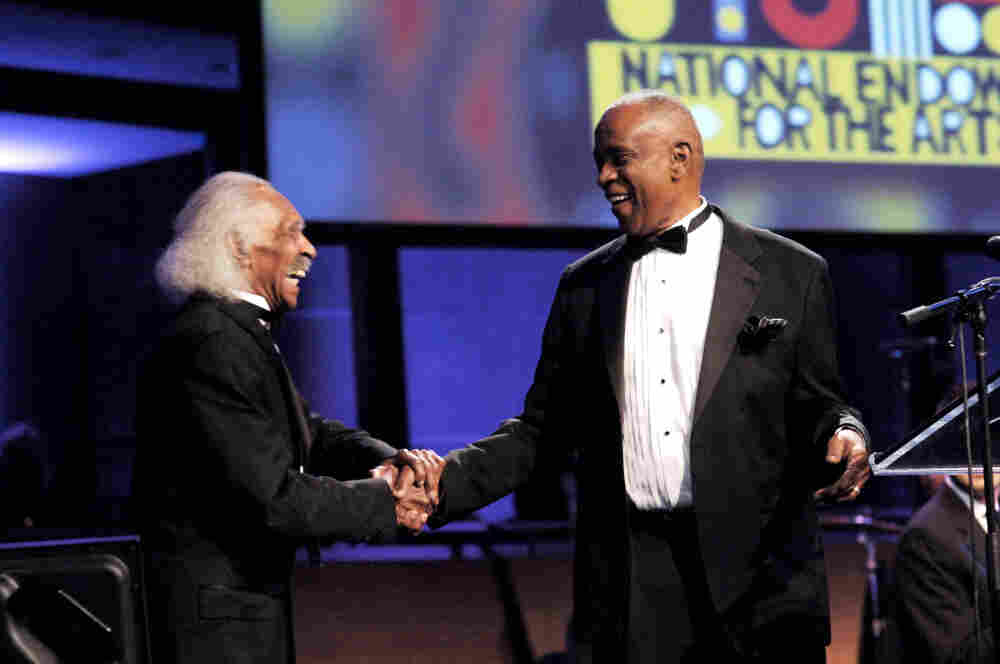 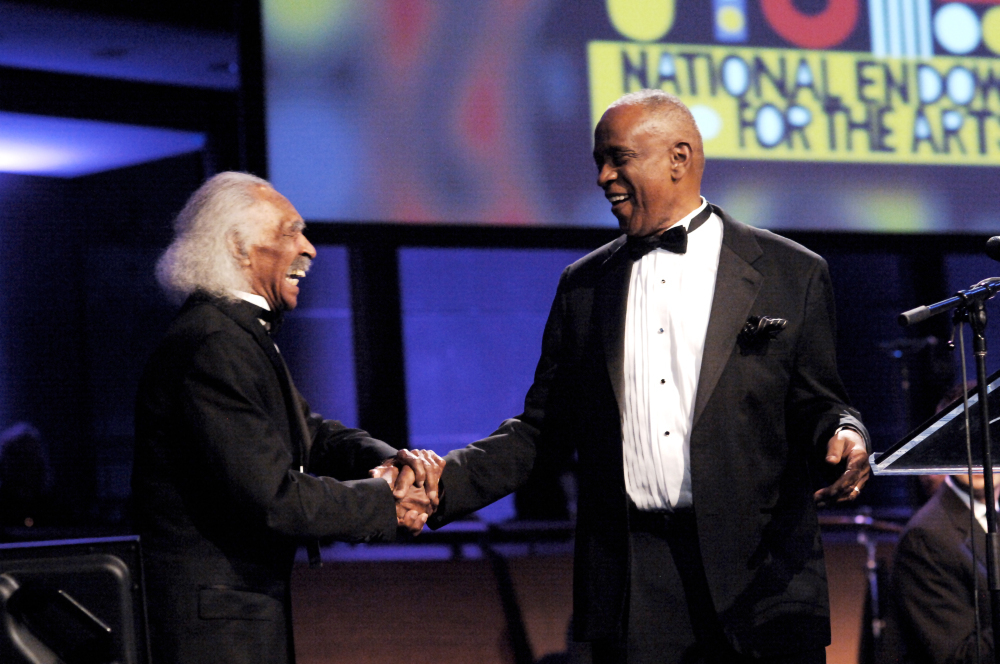 Tom Pich/Courtesy of the NEA

President Obama's 2012 budget proposal, delivered to Congress on Monday, proposes to eliminate the National Endowment for the Arts' Jazz Masters award. The change is one part of a significant budget reduction for the NEA at large.

UPDATE: The NEA has issued a statement clarifying the state of the Jazz Masters program. This article has been updated with that information.

The NEA Jazz Masters honor, given for lifetime achievement in jazz artistry or advocacy, has been bestowed on 119 artists and groups since 1982, all living at the time of their award. It currently comes with a $25,000 grant, plus opportunities to participate in educational programs across the country. Similar honors for opera and folk music will also be eliminated.

NPR Music, with WBGO and XM Satellite Radio, recorded and webcast the previous two NEA Jazz Masters ceremonies, in January of this year and last. A 2012 ceremony would be the last.

Somewhat in its place, the NEA American Artists of the Year honor will be introduced. Awards will be made available to participants in a wide array of performing and visual arts, including jazz, opera and folk music. The NEA's appropriations request (opens PDF) also specifies that both "individuals who have devoted a lifetime" and "extraordinary" artists in "mid-career" will be eligible.

"Moving forward, it simply seemed correct to extend the NEA's honoring of American artists to as full a spectrum as possible," the NEA said in a press statement.

The appropriations request did not specify the number of American Artists of the Year to be recognized, or the monetary award they will receive. It did state the new honorific would be "a less expensive effort" than the multiple celebrations it replaces.

The restructuring of the award comes alongside an over 12 percent slash in the proposed budget for the National Endowment for the Arts, compared to the 2011 fiscal year. The NEA's proposed budget for 2012 is $146,255,000, an amount $21,245,000 less than the 2010 and 2011 budgets. Budget cuts were also announced for the National Endowment for the Humanities, the Kennedy Center for the Performing Arts and the National Gallery of Art, among other federal arts and humanities institutions.

The budgetary news comes on the heels of a heated discussion in the arts administration community after NEA chairman Rocco Landesman asserted, during a theater conference, that the U.S. had too many arts organizations compared to the size of its audiences. "You can either increase demand or decrease supply," he said. "Demand is not going to increase, so it is time to think about decreasing supply." He later expanded on his thoughts online.

Requests for comment have been sent to NEA representatives. This space will be updated with further details when they are available.