Accessibility links
Who Is Esperanza Spalding, The Grammys' Best New Artist? : A Blog Supreme Forget the Arcade Fire: The biggest upset of the Grammy Awards was when the jazz bassist and singer won for Best New Artist, beating out Justin Bieber and other pop stars. So how could a jazz musician possibly win that honor in 2011?

Wait, Who Is This Esperanza Spalding?

Wait, Who Is This Esperanza Spalding? 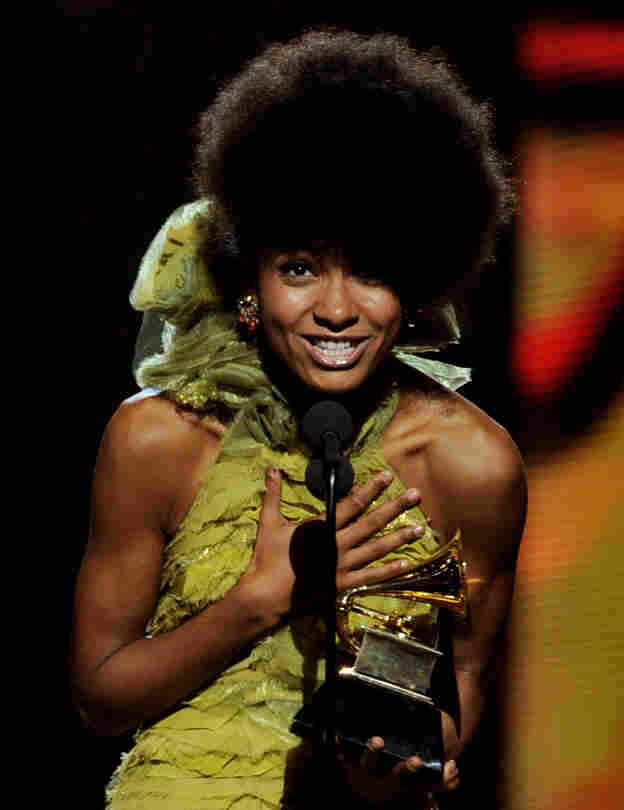 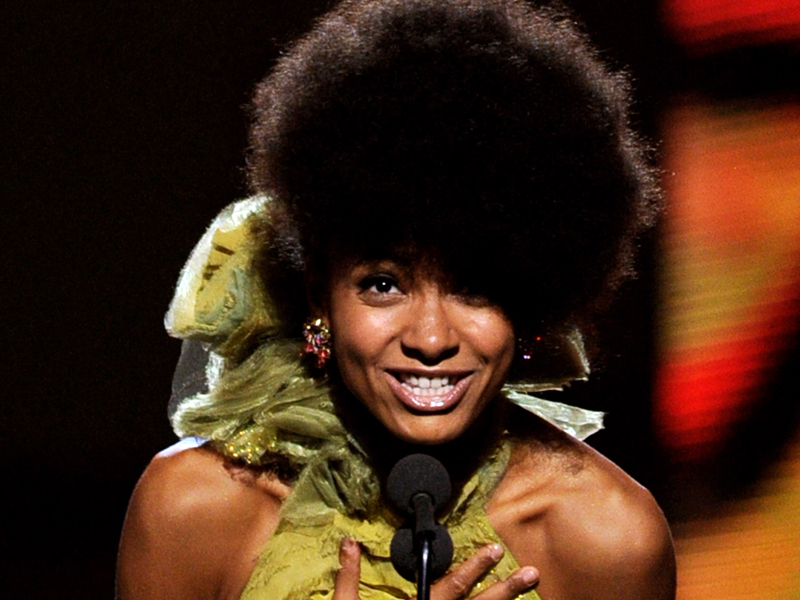 A broad contingent of Spalding's fans, especially within but certainly not limited to the jazz community, knew she has winning musicianship. But few believed she had even a puncher's chance at the actual award. Especially for its highest-profile categories, the Grammys tend to reward top-selling acts signed to major record labels, regardless of musical merit. And with teenage heartthrob Justin Bieber in the running — not to mention Drake, Florence and the Machine and Mumford and Sons — her missing-out seemed a foregone conclusion. The Recording Academy had never given this honor to a jazz artist before.

On its own, Spalding's third and latest album, the string-soaked, independently released Chamber Music Society, received zero Grammy nominations — not even in the relatively overlooked Best Contemporary Jazz Album or Best Classical Crossover Album categories — and just as much airplay on commercial radio. Much of the mainstream pop audience, which may well have heard her name for the first time Sunday night, surely thought: Esperanza who? (One presumably angry Justin Bieber fan vandalized Spalding's Wikipedia entry by writing, among other things, "WHO THE HECK ARE YOU ANYWAY?")

Indeed, how could a jazz musician possibly win the Best New Artist Grammy in 2011?

The easy answer is that she's a highly skilled and highly marketable musician. She's obviously photogenic and preternaturally poised in the spotlight, be it on national TV, performing for President Barack Obama three times (twice at the White House, once at the Nobel Peace Prize ceremony), headlining sold-out shows across North America and Europe, paying tribute to Prince, opening for Prince, co-hosting the Grammy pre-telecast ceremony, or receiving a Grammy herself. This, plus her backstory, youth (she's 26, oldest among the nominees but young as acclaimed jazz performers go) and virtuosic talent, make her a natural spokesperson for an American art form, and the recipient of some crossover attention.

About that talent. As a bassist, she was tapped to teach at Berklee College of Music — her alma mater — at age 20, and plays in bands with today's top-tier jazz musicians. As a singer, she has an exuberant, chirpy gusto. As a composer, her music touches on R&B, Brazilian music and classical chamber music, but is rooted in structure and improvisatory feeling. And as a performer, she exudes stage presence and charisma. She seems to innately understand the character of pop and rock music, and far from being against it, embraces its rhythms, stagecraft and energy — especially on her breakout album, 2008's Esperanza. (Q-Tip says he's producing her next album.)

NPR listeners and/or NPR Music fans may know her from her two different interviews with Michele Norris of All Things Considered (who is a big fan, naturally), her concerts (plural) with saxophonist Joe Lovano, or her Tiny Desk Concert:

But even I, present at the creation of most of the aforementioned features, didn't think she would win. In fact, I even went out to a concert because I thought I'd have no reason to write this piece. And then I checked Twitter on a smartphone, and got updates like this:

Regarding that last one, Nate fulfilled his promise, but I won't link to it. 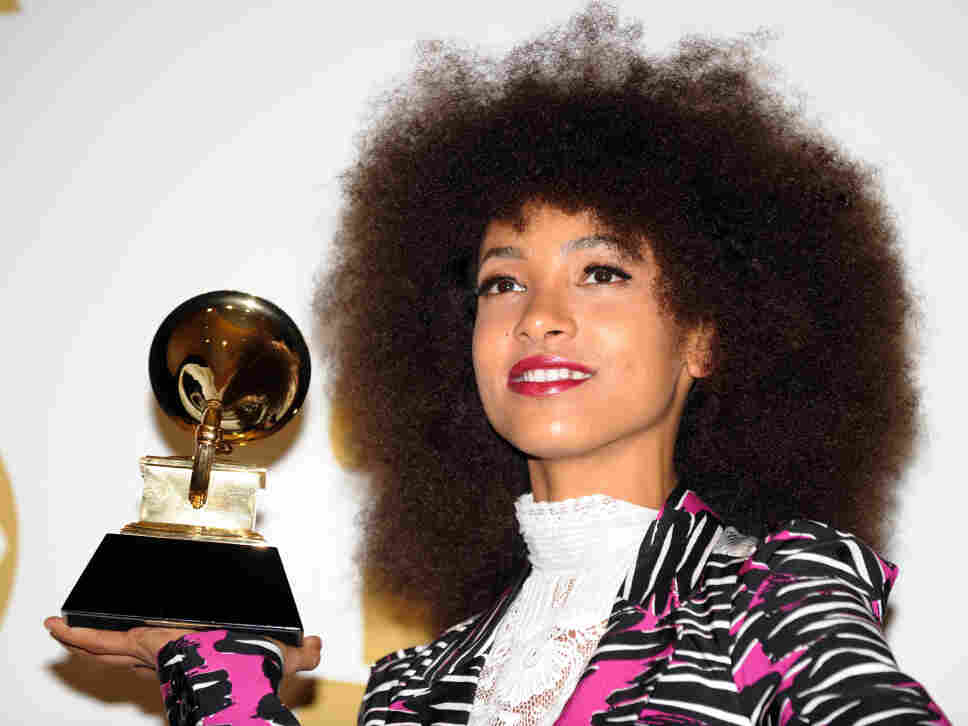 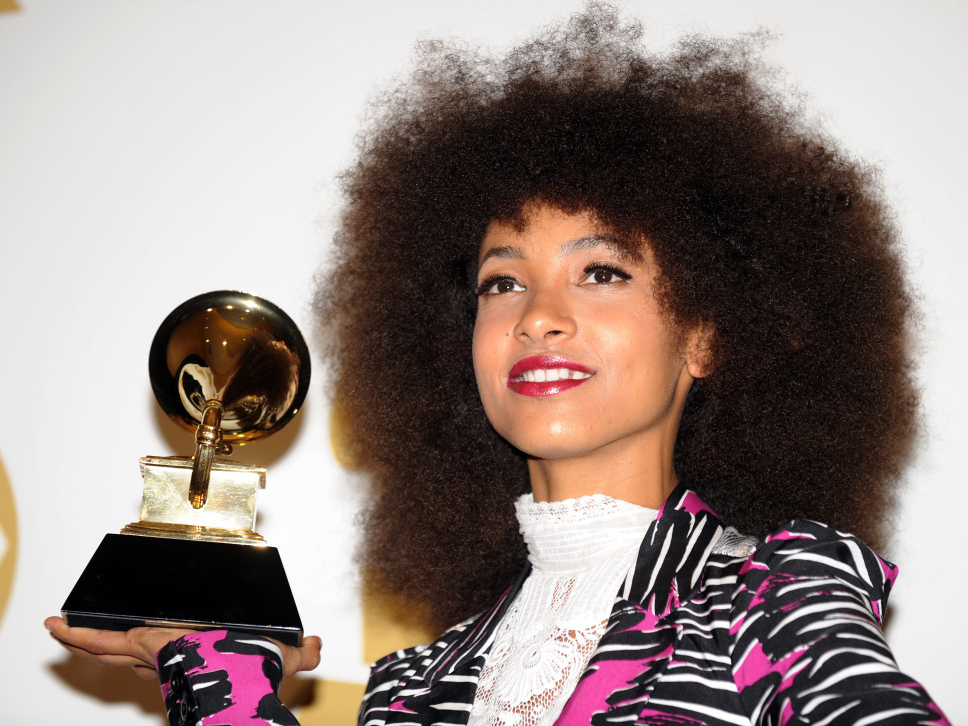 There's a theme here. Among many of her fans, the biggest takeaway of her win was that "real," comprehensive musicianship was being rewarded over commercial success (at least among the choices given). Indeed, plenty of the underpinnings of Spalding's music — risk-taking, improvisation, instrumental mastery — are severely underserved in the pop mainstream. Personally, I haven't liked everything she's done, but these concepts make both the highs and lows of her music possible.

Perhaps most importantly, her music fundamentally depends on working with other people in real time. "I have much more experience playing bass for other bandleaders than leading my own gigs, and I love being a sideman just as much," she told Spinner recently. "That's why I got into music. It wasn't to become my own phenomenon; it was to play music with other people. So whomever wants to play with me, and I can, and I'm into it, and inspired? Then off I go." The jazz world from which she hails runs on this ability to collaborate, often with those you've barely met before. "Thank you to the incredible community and family of musicians I'm so blessed to be a part of," she affirmed in her acceptance speech.

Whether her victory means that more mainstream attention will be paid to the jazz community around her, and not just to her own career, is doubtful. The last prime-time Grammy win for a jazz artist went to Herbie Hancock for his Joni Mitchell tribute album; it didn't perceptibly translate to any trickle-down attention to anyone who wasn't Herbie Hancock (who won Best Instrumental Jazz Solo this year). Oddly, the Recording Academy seemingly did its best to trivialize active jazz listening during the ceremony: Her prime-time performance with the Grammy jazz ensemble couldn't be appreciated over a live voiceover dedicated to MusiCares. And Spalding's music isn't always jazz, or some would say it isn't even jazz at all, as grounded in jazz's principles and musicianship as it is.

Jazz musicians are generally happy for her, though. And it's not just because they're friends and colleagues, or because of the slim chance that their own careers are boosted by association. The overwhelming majority still don't feel the Grammys are particularly relevant to their day-to-day worlds. But I presume many this morning do appreciate the fact that their values are, for once, receiving a little affirmation from an unexpected source.