Accessibility links
Evolution Of A Song: 'I Got Rhythm' : A Blog Supreme When George Gershwin wrote "I Got Rhythm" for the 1930s musical Girl Crazy, he created one of the most catchy melodies in American history. But little did he know that his lovable song — apart from becoming a hugely popular jazz standard — would evolve into something far greater. 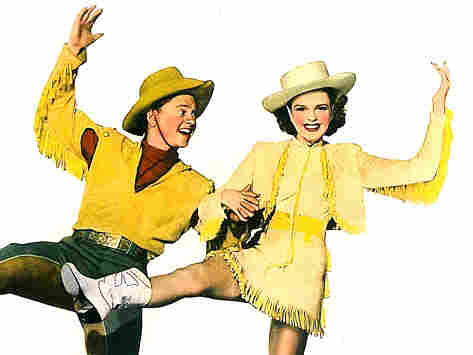 Judy Garland (right) sang "I Got Rhythm" in the 1943 movie version of the 1930s musical Girl Crazy. Courtesy of MGM hide caption

When George Gershwin wrote "I Got Rhythm" for the 1930s musical Girl Crazy, he created one of the most catchy melodies in American history. But little did he know that his lovable song — apart from becoming a hugely popular jazz standard — would evolve into something far greater.

The song itself, on the most basic level, became the perfect vehicle for jazz improvisers. Swing and bebop musicians thrived on its formula: a memorable 32-bar AABA structure and irresistible chord progression. This structure served as a model for many other successful jazz tunes, some say hundreds, like Duke Ellington's "Cotton Tail," Sonny Rollins' "Oleo" and Nat King Cole's "Straighten Up and Fly Right." Remarkably, the "I Got Rhythm" form rivals only the blues structure as the most adapted, mimicked or ripped-off, depending how you look at it.

George Gershwin's later symphonic work, "Variations on I Got Rhythm," was dedicated to the song's original lyricist, his brother Ira Gershwin. But even his brother couldn't have imagined the endless variations on this winning composition. Who could ask for anything more? 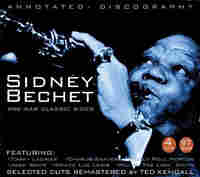 "Shag," recorded in 1932, was one of the first adaptations of "I Got Rhythm." Sidney Bechet, along with Fletcher Henderson ("Yeah Man"), Jimmie Lunceford ("Stomp It Off") and Chick Webb ("Don't Be That Way"), was among the first to experiment with the "I Got Rhythm" form. Historians speculate that record executives encouraged musicians to write music like "I Got Rhythm" because of its popular success, but rearrange it in a way to avoid paying royalties. 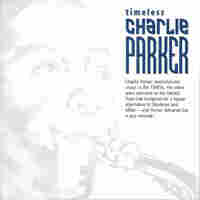 The bebop players of the 1940s, who originally coined the term "Rhythm Changes," were borderline obsessed with the form. Some musicologists attribute this to the tension released between the A and B sections of the music, which gives the structure a sense of velocity. Alto saxophonist Charlie Parker wrote "Dexterity," "Moose the Mooche," "Steeplechase" and "Red Cross," all based on the "I Got Rhythm" form. Parker collaborated with trumpeter Dizzy Gillespie in composing "Salt Peanuts" and "Thrivin' From a Riff," better known as "Anthropology." 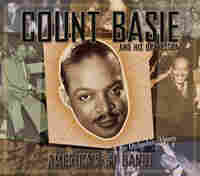 Listen to "Shoe Shine Boy" on A Blog Supreme. 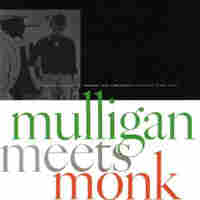 By the time Thelonious Monk recorded his version of "Rhythm Changes" in 1957 with baritone saxophonist Gerry Mulligan, the form clearly entered a new phase of its evolution. It no longer provided a hidden foundation for writing a catchy song, but instead served as fertile ground for writing highly original music. Monk was one of the few who actually referenced the source material with his clever title. One author suggests playing "I Got Rhythm" against "Rhythm-A-Ning" to hear how each tune eerily mirrors each other in magnificent counterpoint. 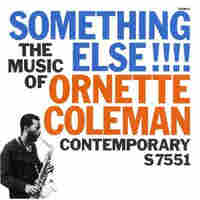 Who said Ornette Coleman didn't pay tribute to the past? Despite what the title of his record suggested, "Chippie" was really the same ol' thing: "I Got Rhythm" masked brilliantly by the saxophonist's avant-garde approach. Coleman's debut album, which shook up the jazz world, featured Don Cherry (trumpet), Billy Higgins (drums), Walter Norris (piano) and Don Payne (bass).