Accessibility links
Jazz Drummer Joe Morello, Of 'Take Five' Fame, Dies At 82 : A Blog Supreme The longtime drummer with the Dave Brubeck Quartet also played with pianist and NPR host Marian McPartland for many years, and taught lessons and clinics for many years. He was 82. 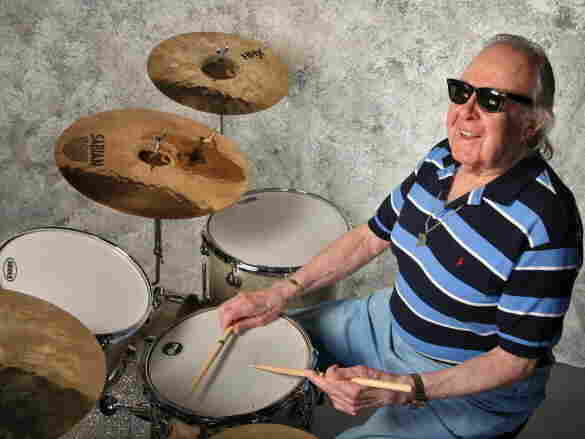 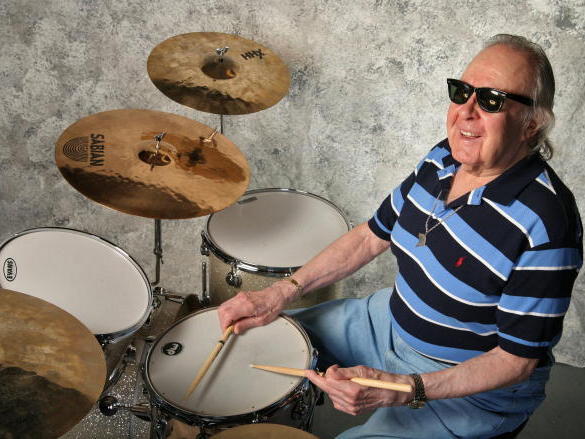 Drummer Joe Morello, the longtime drummer with the Dave Brubeck Quartet, has died.

Raised in Springfield, Mass. with impaired vision from birth, Morello eventually found his way to New York City, where he played with many leading jazz musicians. In the 1950s, he was a regular member of pianist and NPR host Marian McPartland's band. In 1990, that band, known as the Hickory House Trio after the venue of their employment, reconvened to tape a special reunion episode of Marian McPartland's Piano Jazz.

However, Morello is best known for his tenure with Brubeck, who employed him for over 12 years during the height of Brubeck's fame. Famously, the smash hit "Take Five" was arranged as a solo feature for Morello.

After the Brubeck quartet disbanded in 1968, Morello eventually turned to teaching, whether private lessons, clinics or instructional books. He died Saturday morning, March 12, 2011 at his home in New Jersey. He was 82.

UPDATE: Dave Brubeck has released a statement, via an e-mail from his wife, Iola Brubeck. Here it is:

The loss of my friend Joe Morello came as a complete shock to me. Many people consider the rhythm section of Eugene Wright and Joe Morello in my Quartet as being one of the most consistent, swinging rhythm sections in jazz. Joe was a pioneer in odd-time signatures and a vital part of the "time" series the Quartet made at Columbia Records. His drum solo on "Take Five" is still being heard around the world. Drummers world-wide remember Joe as one of the greatest drummers we have known. He was a good friend. Eugene and I talked yesterday about how much we will miss him.