Accessibility links
Music Of 'Treme': Season Two Premiere : A Blog Supreme As season two opens, not much has really changed in post-Katrina New Orleans — and what has changed isn't necessarily good. Luckily, the city's music remains a constant. Read a recap of the live performances, featuring Christian Scott, The Subdudes, Bonerama and Juvenile. 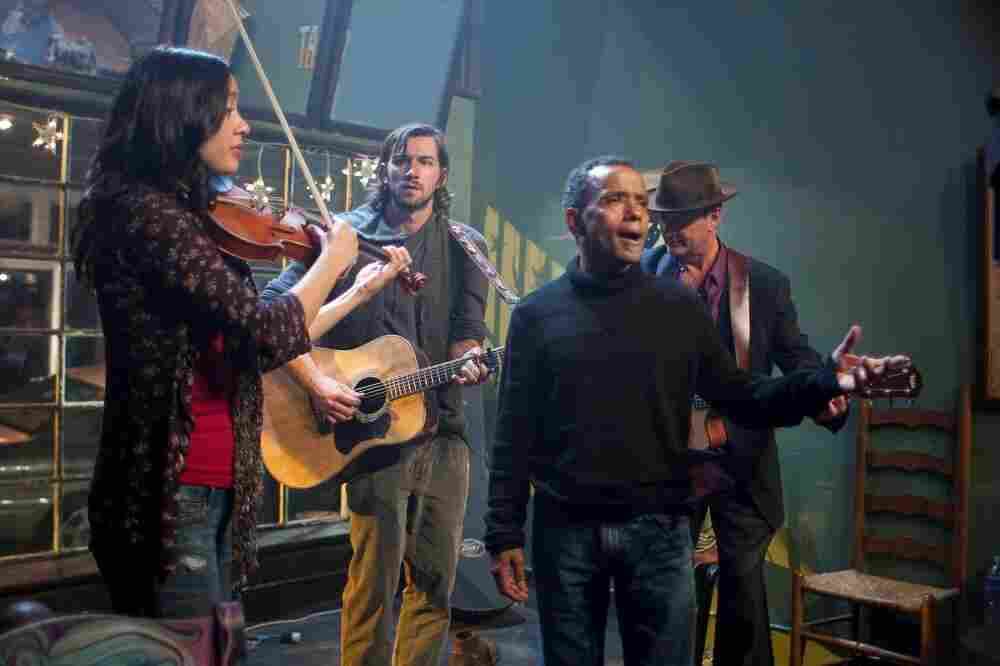 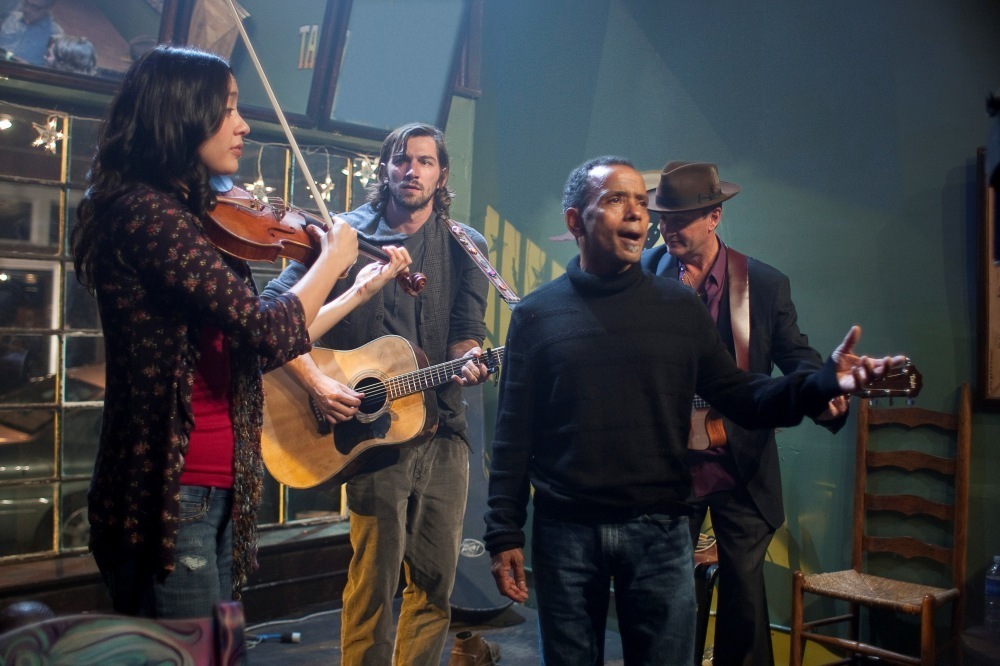 Season one of Treme opened with the placard "Three Months After"; the season two premiere tells us we're now "Fourteen Months After," in November 2006. If anything, this opening episode establishes that not much has changed in post-Katrina New Orleans — and what has changed isn't necessarily for the better.

With the slow return of residents comes the faster return of violent crime; the police department has its hands full with it. The return of residents also means that Chief Lambreaux gets kicked out of the bar he's been squatting in; it doesn't mean that Creighton is coming back to the Bernette family. (The young Sofia seems to be assuming her late father's place as YouTube-enabled narrator, Greek chorus and voice of the city's pent-up anger, while Toni Bernette's fight with the city on behalf of musicians is only getting worse.) Ladonna is still trying to operate the bar despite her partner's protestations; her ex, Antoine Batiste, is dealing with an abandoned property his girlfriend's family owned but has no documentation for. And the emergence of investors like Nelson (Jon Seda) portends the arrival of people looking to capitalize on tragedy — even if Nelson himself doesn't turn out to be one of them.

Of course, music still lives in the city, and this time around we have some new faces and new sounds. To break down the music of the season two premiere, WBGO's Josh Jackson joins me again over email to discuss the songs and live performances. (We'll be doing this every week, like we did last season.)

Patrick Jarenwattananon: Okay. First, the live music. Why is Batiste visiting his teacher's grave and playing for him? Does that have to do with the fact that it's All Saints Day?

Josh Jackson: November 1 is a Holy Day of Obligation still celebrated widely in South Louisiana. That means good Catholics don't bother with the affairs of anyone but God. They attend Mass and visit the tombs of their departed loved ones. It's a nice way to keep life on your mind — laying flowers, lighting votive candles, painting graves ... or, in this case, playing "Buddy Bolden's Blues" for your trombone teacher.

PJ: By the way, I really like the little detail about the kid who Lambreaux mentored starting to pick up the trumpet. Little dude just walks down the street practicing, and it's totally a normal thing in New Orleans.

JJ: That young man, Jaron Willliams, is a real-life member of The Roots of Music program. Troy "Trombone Shorty" Andrews, Rebirth Brass Band's Derrick Tabb and others formed a free, after-school music education activity for kids ages 9-14. They have a marching band. Looks like he picked the right instrument for the ladies, according to Antoine Batiste's comments later in the episode.

PJ: The next big music scene features Annie playing with The Subdudes in Connecticut. She sings harmony in one number, and plays obbligato fiddle in the other. That's a pretty big gig for someone who was busking just a year earlier.

JJ: She's definitely on an upward trajectory. The Subdudes are a really cool band. They have a rambling roots vibe not unlike The Band. Most of them are from the River Parishes areas outside of New Orleans — it's much more country out there. I do like the sound of Steve Amadee's tambourine and percussion. John Magnie is a dynamic performer. Annie's fiddle makes a nice addition to these songs, "Light in Your Eyes" and "Carved in Stone."

PJ: Keeping it in the Northeast, the next music scene is at ... Jazz at Lincoln Center! Delmond Lambreaux is playing with a version of the Christian Scott Quintet — Scott, of course, is the New Orleans-raised trumpeter now based in New York — funny, of course, because Delmond's character is partially based on Scott's life story. I recognize some other faces too: Jamire Williams on drums and Matt Stevens are regulars in that band, plus Luques Curtis on bass, and is who is that on piano?

JJ: It's pianist Lawrence Fields, who could benefit from a wider angle shot. They play a tune called "Second Line/Joe Avery's Piece." According to Fields, "We shot that just after coming back from tour (the day after, I believe). Everyone was pretty fried, but it was a lot of fun."

PJ: Okay, so we ought to mention the slightly forced scene that follows right after, which seems to be written just for the jazz dorks in the audience (guilty!). Delmond is talking to some corny academic types (ugh, guilty again) after his gig with Christian Scott about the differences between New Orleans and New York. (One pointy-headed dude calls Wynton Marsalis "the deracinated synthesis of New Orleans trad-jazz and big band swing," which I find hilarious.) Basically, the New York kids get to show off their ideas about the New Orleans jazz scene, that it's stuck in a "tourist economy," too caught up in trad-jazz — they pull out the m-word, "minstrel." For them, Delmond sounds good because he left that stuff behind in New Orleans; Delmond feels differently.

What do you make of it? To me, it feels like the show is setting up an issue with no correct resolution.

JJ: That scene induced a lot of wincing. There's so much forced intellectual space between the words "folk" and "art." At the end of the day, you don't always need a complicated analysis for something that makes you feel good.

I've spent time in both Jazz at Lincoln Center and New Orleans. I have had moments of total euphoria attending professional gigs in New Orleans and New York hotels, backyards, dive bars, non-profit spaces, jazz clubs, concert halls, festivals and world stages. It's perfectly natural to accept or reject what musicians are creating on your own terms, but don't dismiss it by talking above your pay grade. It'll only get you in trouble.

When I worked at WWOZ, I marched in a parade wearing a giant plaster head of Sidney Bechet. The temperature was more than 90 degrees that day, and I honestly thought I was going to die inside Bechet's head. I thought of that very true story to illustrate a great quote from his autobiography, Treat It Gentle: 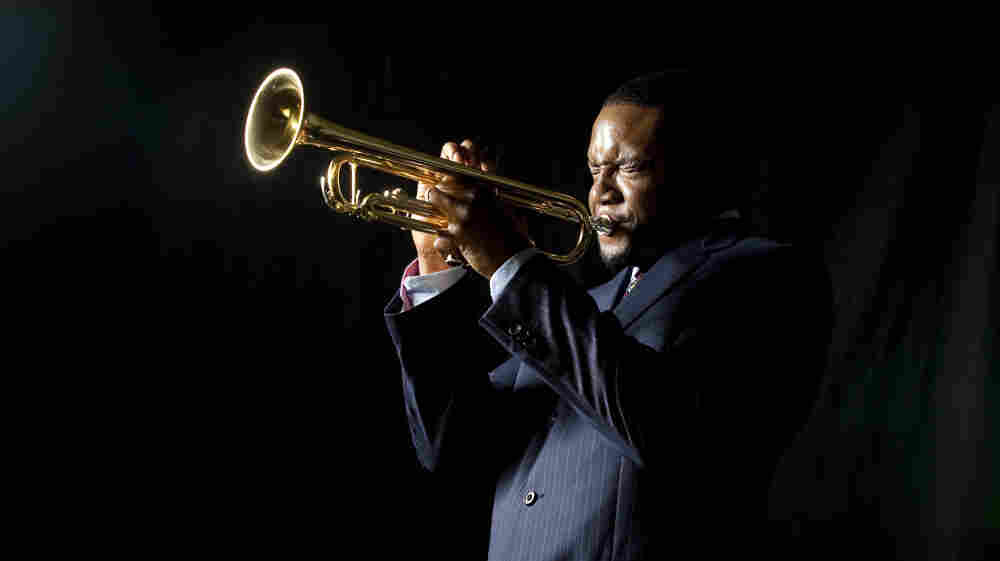 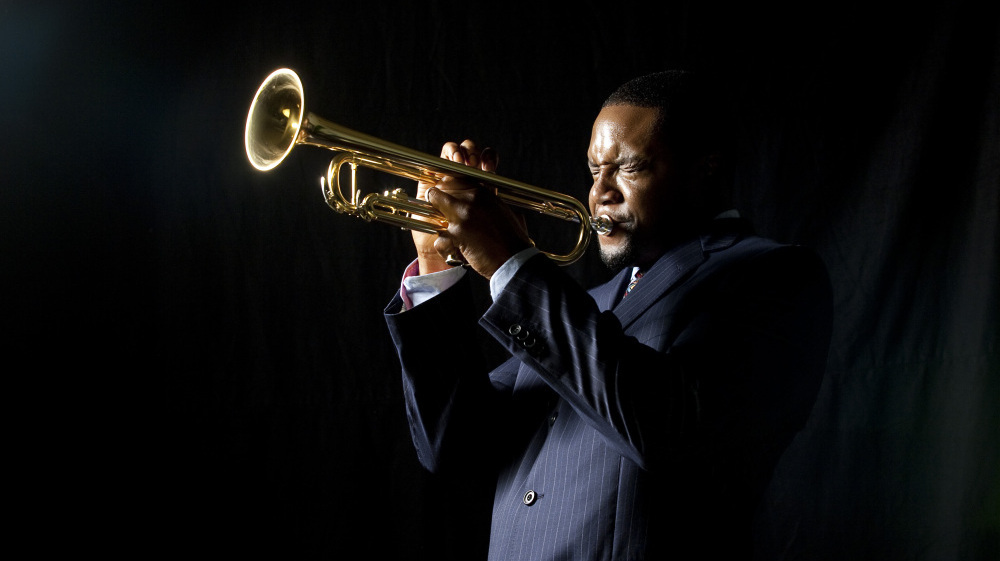 PJ: Okay, onward. The unfortunately named brass band Bonerama, with all those trombones in the front line, plays Tipitina's. I hear a tune called "Mr. Go."

JJ: MRGO, the Mississippi River Gulf Outlet, was a federal navigation project that resulted in the widespread loss of wetlands and coastal habitat in the marshland surrounding New Orleans. When this area was healthy, it was a natural defense barrier against storms.

As for Bonerama, you gotta appreciate the humor of lower brass family members. Craig Klein and Mark Mullins, two former trombonists in Harry Connick Jr.'s Big Band, started this group. They do fun covers, if you're into hearing a lot of brass play "War Pigs" or "Frankenstein." You can find "Mr. Go" on a 2006 live recording from Tipitina's called Bringing It Home. They also play a funky version of Monk's "Epistrophy" and The Meters' "Cabbage Alley" on that disc. It's on Bandcamp.

PJ: It wouldn't be an episode of Treme without John Boutte. Literally, since he sings the theme song, but also he does "Accentuate the Positive" with Annie and Paul Sanchez, plus another song where Sonny sits in. It's crazy that this dude John Boutte regularly plays tiny, unamplified rooms like that — but he does.

JJ: John sings his original, "Sisters," and those are all names of his Boutte family siblings. I first heard it on his album At the Foot of Canal Street. Listening to him latch on to the affirmative of Johnny Mercer's lyrics make me want to see him at Oak Bar, Feinstein's or frankly anywhere in New York.

PJ: Finally, for the closing bit: An actual rapper! Not just any dude off the street, either: That's Juvenile, he of "Slow Motion" and "Back That Azz Up" fame. (Videos are somewhat NSFW, but: "Cash Money Records takin' over for the '99 and the 2000!") And he's with the funk band Galactic and a horn section.

JJ: Members of the Dirty Dozen Brass Band make a fine horn section. They're all playing the title song from a record Galactic made with a bunch of hip-hop artists called From the Corner to the Block. There's also a complete music video of this performance filmed at Tipitina's, and available on iTunes. It's a nice opportunity to hear the synthesis of styles.

PJ: Speaking of New Orleans hip-hop, we were told we'd see more this season, and there's a fair amount in this episode. We hear a bit of Lil Wayne and Birdman's "Stuntin' Like My Daddy" megahit in the strip club — more New Orleans superstars. And 10th Ward Buck's song "Drop & Gimme 50" is played under Sofia's video, plus on WWOZ. In fact, Davis gets in trouble for playing too much bounce/rap. There seems to be a tension between the jazz/funk/R&B continuum and hip-hop, which is incompletely resolved, Juve appearances notwithstanding.

JJ: WWOZ was never really invested in hip-hop. That's not to say that there aren't some volunteer DJs who know the music and promote the occasional dalliance with it. Whether you like it or not, brass players and hip-hop MCs will continue to collaborate. I think commercial radio stations like WYLD have carried the hip-hop banner far more effectively.

PJ: Latin or Latin-feeling music got some attention here, too, I suspect to underpin the growing Latino community and the arrival of Jon Seda's character Nelson Hidalgo. But it's worth noting that those tunes — the song Davis cleans his house to, and the one Jon Seda's character plays on the jukebox — those are by New Orleans artists.

JJ: We hear The Iguanas, a local Tex-Mex band, perform Joe Cabral's "Para Donde Vas," and Ladonna has "El Pavo" from Wardell Quezergue's Slammin' Big Band on her jukebox. There's still a dedicated salsa scene in New Orleans. People like to dance there.

PJ: I should also mention that Sonny is seen playing "Basin Street Blues" in the French Quarter, and that a very young brass band which calls itself the Baby Boyz is busking there, too, playing "I'll Fly Away." That's so important in New Orleans, right? This dramatization of street performers, and how teenagers still play around town for fun and a couple spare bucks.

JJ: Sonny is singing the Glenn Miller/Jack Teagarden verse of Spencer Williams' "Basin Street Blues," a tune about New Orleans' red-light district, Storyville. You can always hustle for a few bucks on the streets.

PJ: Is there anything else we need to unpack? Lemon Ice? Frenchulettas? Reggie Bush?

JJ: My Brocato's routine is to get two sesame cookies and zuppa inglese ice cream. I usually got the lemon ice pre-packed to go — for the freezer. It's delicious. If you go to Liuzza's on Bienville in Mid-City, get the frosted mug. I like the Frenchuletta a little more than the muffaletta because it's a hot sandwich. My wife makes them here in New York, but we can't get good Italian or French bread conveniently. When Saints running back Reggie Bush is healthy, he's dangerous. Will the Saints even get a chance to play this year? We'll see. If they do, the first game is at your beloved Lambeau Field, PJ.